Skateboarding fans should definitely get excited for this game! 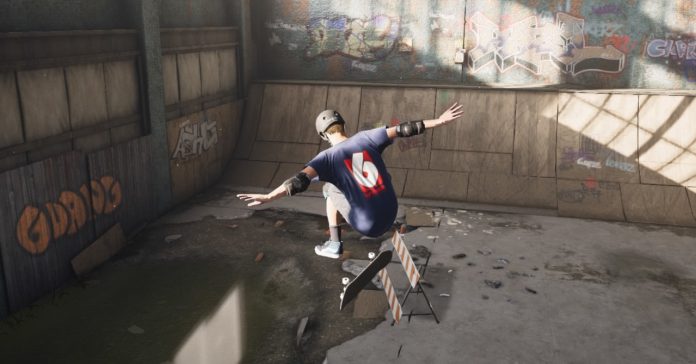 Tomorrow, the Tony Hawk’s Pro Skater 1 & 2 Warehouse demo will be made availlable for users who have pre-ordered the game. But before the demo’s release, Activision let us try out the Warehouse demo to get a taste of this highly-anticipated remaster to the classic Tony Hawk PlayStation titles.

Before I start with my impressions of the demo though, I have a confession to make–I have not played the original Tony Hawk games on the PS1 games. This means I won’t exactly be able to say how close this remaster sticks to the originals. Because of this, I’ll instead focus on how it feels to play as someone without nostalgia for the original.

As the name implies, the Warehouse demo basically lets players try out the iconic Warehouse level (which is the first level in the original Tony Hawk’s Pro Skater game). Because it’s a small demo, it only lets players have a 2-minute run at the level to get their highest score that they can. Plus, only Tony Hawk himself is available to play, with no other skaters or boards to choose from.

Even with there only being one game mode and level to play, I was impressed that I was easily able to sink a couple of hours on the demo. Of course, as someone who’s not exactly an expert in Tony Hawk games, I spent a lot of that time just learning the basics on my own (as the demo does not have a tutorial). With a bit of perseverance, and some research, I was able to learn how to do more complex tricks instead of just doing 180 ollies all the time. Once I got the hang of things, I had a lot of fun trying to chain combos of tricks.

And that’s a testament to how fun the game feels to play. This remaster feels nice and responsive, so much so that I didn’t have a problem just spending time trying out different trick combos on just the Warehouse level. What make the game even better is that it’s quite easy to pick up and then do cool tricks from the get-go, but it also requires prices inputs if you want to execute and chain advanced tricks. From what I’ve tried of the demo, it’s definitely an easy to learn but hard to master title, especially if you want to get high scores.

Aside from its fun gameplay, I was also quite impressed by how the game looks. While it’s based on two games that are decades old at this point, the developers over at Vicarious Visions have done an excellent job modernizing the game to make it look very much like a modern title. Of course, this is all just based on the Warehouse demo; but if the rest of the levels look as good as this, fans of the originals will be in for a treat.

Another noteworthy part of the game is the soundtrack. Again, as the demo is just a tiny part of the full game, it only has four tracks; but boy are these songs great! This shouldn’t come as a surprise though, as Activision has confirmed that the iconic tracks from Pro Skater 1 & 2 will be in the remaster along with more new songs.

While the Warehouse demo is just a small slice of the game, I have to say, I’m definitely impressed! Even though I only have a passing interest in skateboarding, I had a great time playing the Tony Hawk’s Pro Skater 1 & 2 demo thanks to gameplay that’s easy to pick-up, as well as good graphics and even better music.

Given that I’m not a skateboarder and I very much saw the appeal in this game, actual skateboarding fans will definitely enjoy this game even more!

- Advertisement -
Previous article
OPPO Reno 4 launches live with Careless Music Manila on August 14
Next article
Hyper Scape is out now on PC, PS4, and Xbox One