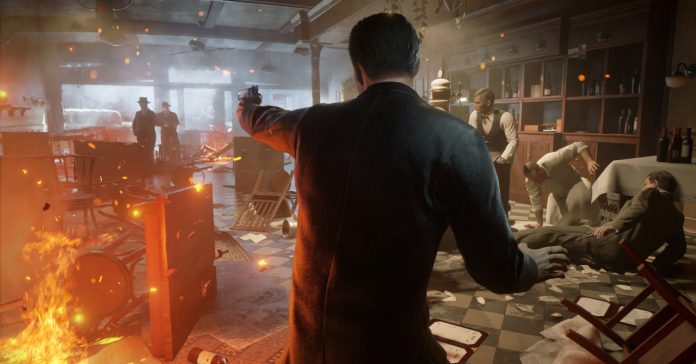 The game’s soundtrack won’t just have one flavor of jazz though. According to 2K, the full soundtrack will range from”lilting, mournful melodies” to “up-tempo, airy rhythms.” Mafia: Definitive Edition’s music also promises to transport players to the unique time and place of the game’s prohibition-era Midwestern city–Lost Heaven.

Here’s the full list of songs in the Mafia: Definitive Edition Soundtrack: 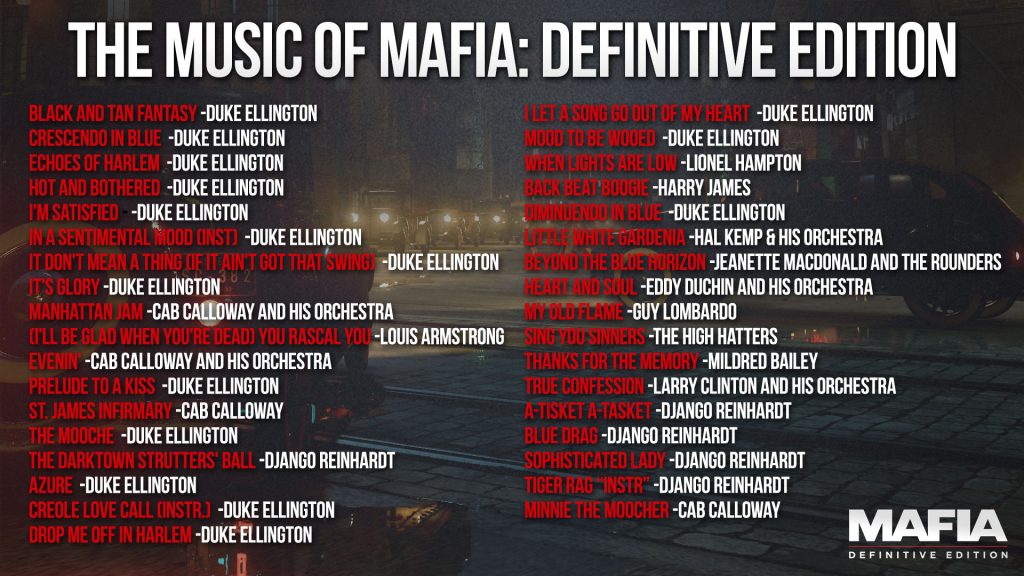 Having trouble seeing the image? Click here to see the full soundtrack.

Aside from the soundtrack reveal, 2K and Hangar 13 also released the third of four planned videos for Mafia: Definitive Edition. Titled “Through the Ranks, from Bootlegging to Bank Robbing” will provide insight into the campaign’s missions. Next week on September 23, the final video will show how the game’s orchestral score came together in spite of the global pandemic.

Watch the new highlight video for the game here:

Mafia: Definitive Edition launches on September 25, 2020 for the PS4, Xbox One, and PC. The game will be available as a standalone purchase, and will unlock on release day for players who have already bought the Mafia Trilogy.