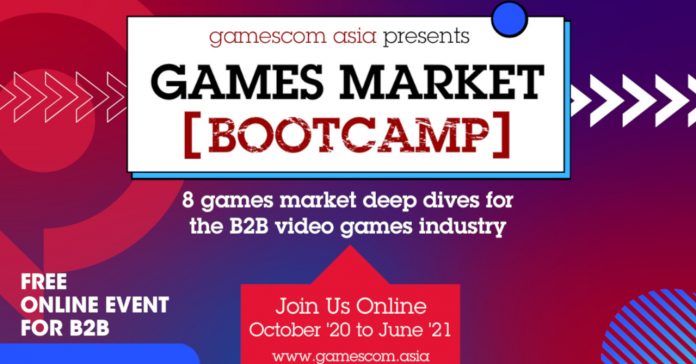 Specifically, this new digital miniseries will have monthly episodes of high-quality webinars and info sessions. The series will consist of two segments that will air over a period of eight months which are “Games Market Bootcamps” and “GameDev Talks”. These sessions are made for business-to-business (B2B) and the trade audience to further connect them with the games industry in the region.

The first of the two is the Games Market Bootcamp series, and it consists of eight three-hour episodes that will stream per month. These episodes will feature various game markets in Asia Pacifica, and they’ll feature several “movers and shakers” in the different regions. 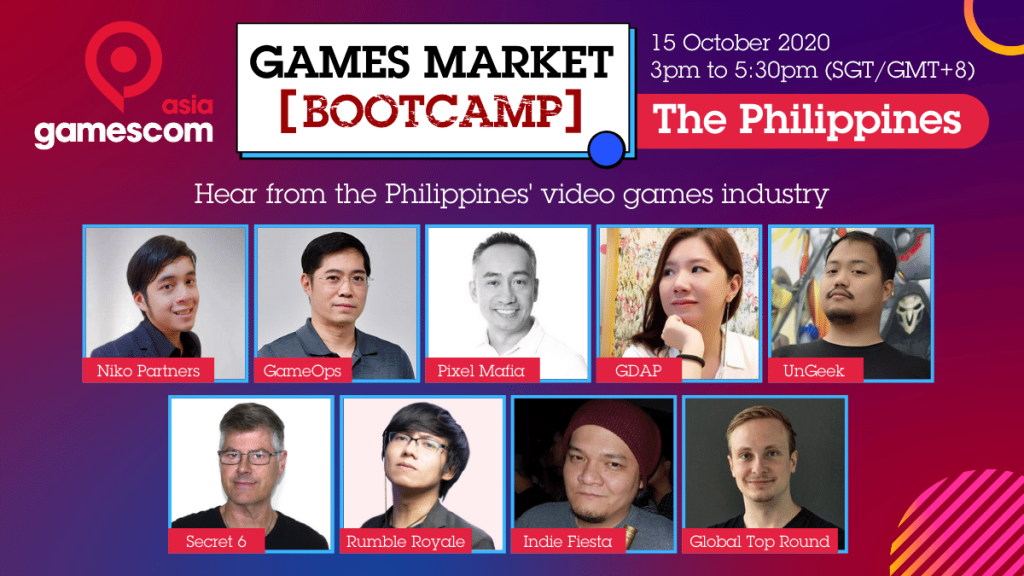 The first Games Market Bootcamp episode this October will feature the Philippine gaming market, and it will have several figures in the Philippine video game industry.

After the episode on the Philippines, the Games Market Bootcamp will cover countries including  Indonesia, Singapore, Australia, Malaysia, Thailand, Vietnam, and India.

The sessions are brought to you free by gamescom asia, our associations, and partners. The first bootcamp on The Philippines will take place on October 15, 2020, Thursday, 3:00pm to 5:30pm (GMT+8). To register for the Philippines Bootcamp, visit this link. 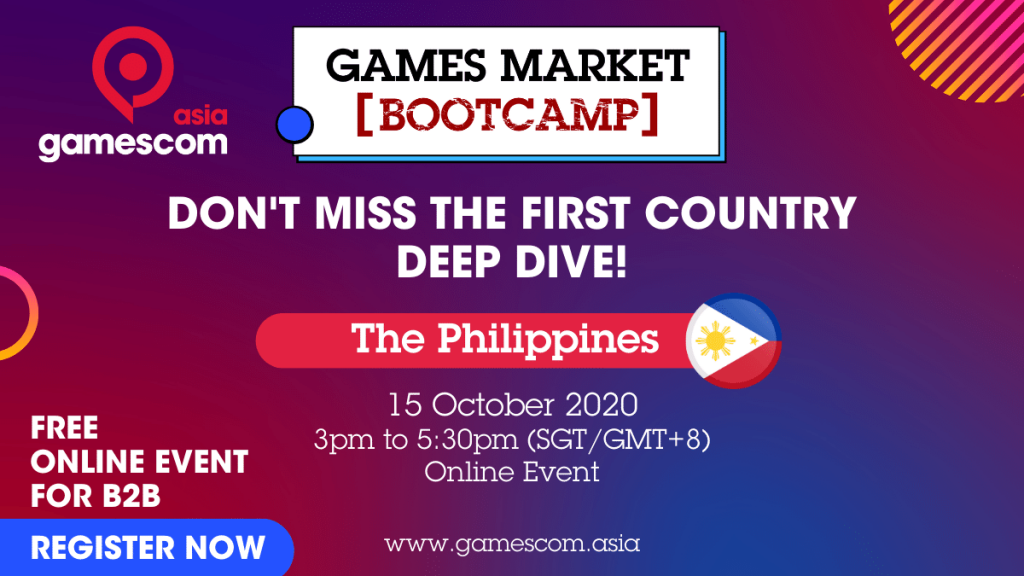 After the Games Market Bootcamp, the GameDev Talks will have four monthly sessions starting from January 2021. These talks will feature international video game industry veterans and experts where they will do deep dives into game development.

Similar to the Games Market Bootcamps, the GameDev Talks episodes are free! More information on these online sessions will be made announced soon. .