Here’s a recap of the recent Ubisoft Forward event

Featuring a Prince of Persia: Sands of Time Remake, and many more! 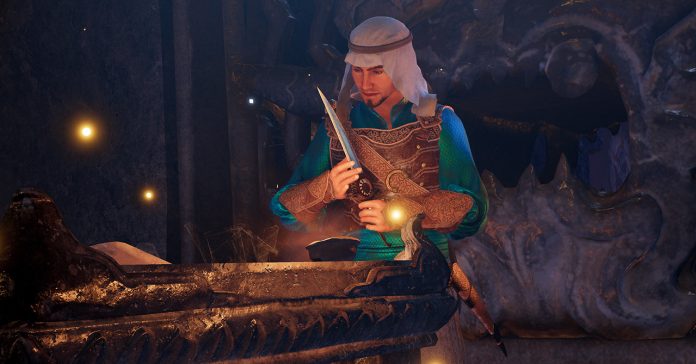 Earlier today, Ubisoft showed off a new range of upcoming games and content updates in the latest Ubisoft Forward installment. While the previous Forward stream had big reveals such as Far Cry 6, the most recent event also had its fair share of major announcements.

In case you missed it, here’s a rundown of every big reveal from Ubisoft Forward:

Prince of Persia: The Sands of Time Remake

Arguably the biggest announcement at today’s Ubisoft Forward is the Prince of Persia: Sands of Time Remake. Releasing on January 21, 2020 for the PS4, Xbox One, and PC, the game promises to be a modernized yet faithful remake of the classic Prince of Persia title.

The game releases on December 3, 2020 for Stadia, Xbox Series X|S, Xbox One, Switch, PS4, PC, and the PS5 upon the launch of the console.

Riders Republic is a new IP that’s a massive multiplayer outdoor sports playground. In Riders Republic, players can experience the thrill of extreme sports in a big open world.

Ubisoft announced several updates for Rainbow Six Siege at the Forward stream. Firstly, the game is confirmed to release on the PS5 and Xbox Series X|S. On next-gen consoles, Rainbow Six Siege will run in 4K and 120 FPS with render scaling.

For the World Cup, Ubisoft has partnered with 4-time NBA champion Tony Parker, who is the official Rainbow Six World Cup Ambassador.

For Watch Dogs: Legion, Ubisoft announced at the Forward event that British hip-hop artist Stormzy will be playable in the game. Stormzy will also star in a unique mission in-game.

Aside from Stormzy, Ubisoft has also confirmed that Aiden Pearce will be back in Legion as a fully playable character, complete with a dedicated story arc. In case you’re unfamiliar, Pearce is the main protagonist of the first Watch Dogs game.

At Ubisoft Forward, it was announced that Tom Clancy’s Ghost Recon Breakpoint Title Update 3.0.0 will release on September 15. The update will feature the new adventure: Red Patriot, as well as a new class: The Pathfinder.

AGOS: A Game of Space

Finally, Ubisoft announced that For Honor Year 4 Season 3 Resistance will launch on September 17.