This version of the game comes with a lot of goodies! 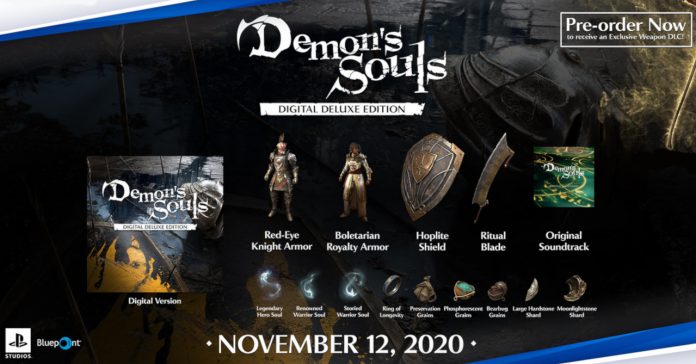 After releasing a gameplay trailer at the PlayStation 5 showcase, Sony has revealed the Digital Deluxe Edition for the Demon’s Souls remake. This special version of the game is available for pre-order now at the PlayStation Store for USD 89.99 / EUR 99.99.

The Demon’s Souls Digital Deluxe Edition will come with the following digital items: 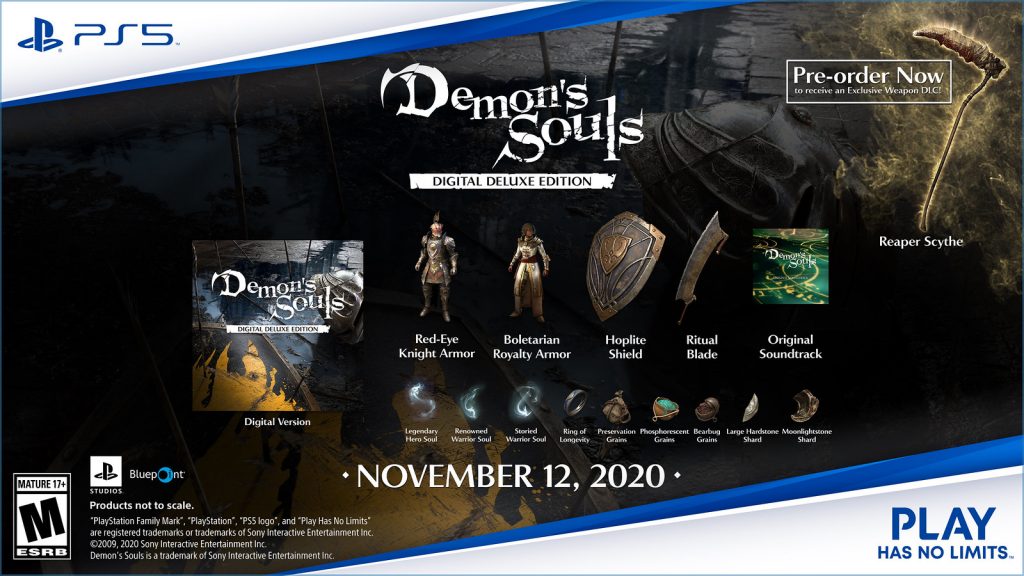 In case you’re unfamiliar, Demon’s Souls was first released on the PlayStation 3 and was developed by FromSoftware. Demon’s Souls served as the first “Souls” title, preceding the mega-hit title, Dark Souls.

The original Demon’s Souls was not released in any other console aside from the PS3, which meant that a lot of new Dark Souls fans have yet to play the game. With this remake by Bluepoint Games and Japan Studio though, fans can now enjoy the game that essentially kicked off the ‘Souls-like’ genre.