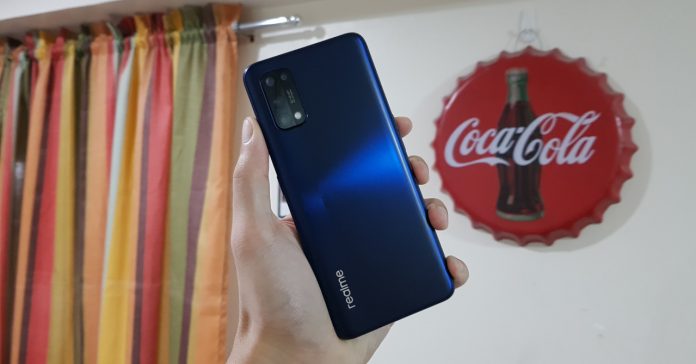 A few months back, realme released the 6 Pro, a powerful mid-ranger that packed a bevy of features that you only usually see in flagship devices. These features include a 90Hz refresh rate display as well as a dedicated telephoto shooter. Now, realme is gearing up to release its follow-up–the realme 7 Pro. 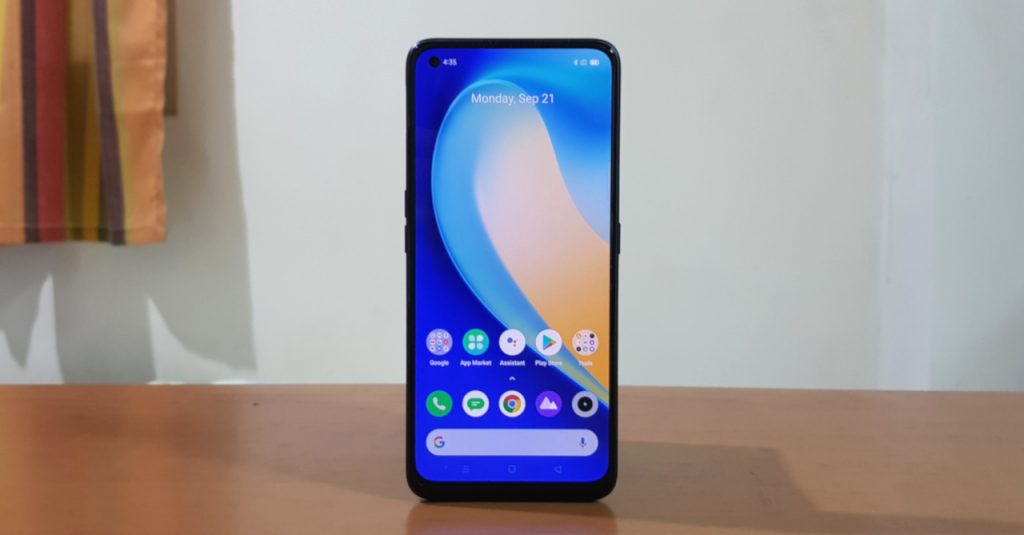 The lack of a telephoto shooter is a bit of a blow, but given that not everyone uses it often, the choice of putting in a depth sensor instead does make some sense.

At the front meanwhile, the 7 Pro has a 32 MP selfie shooter. For comparison, the 6 Pro has a dual 16MP+8MP setup. While the lack of an ultra-wide selfie camera might disappoint some, the 7 Pro’s front shooter does have a higher megapixel count.

While I have yet to test out the capabilities of the realme 7 Pro’s cameras, initial test shots on the phone are pretty good. For the final verdict on the phone’s cameras though, you’ll have to wait for the full review. 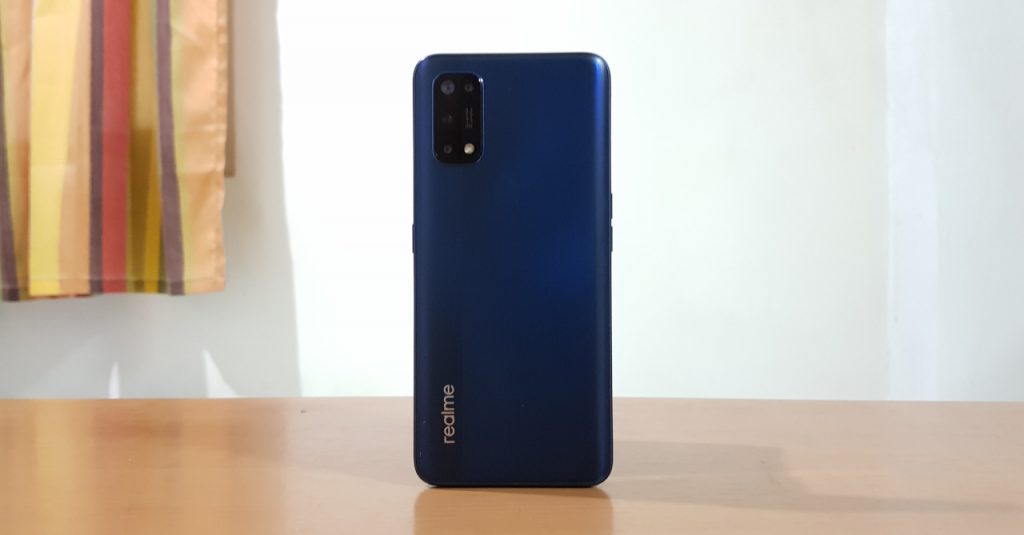 As for its internals, the realme 7 Pro packs a Qualcomm Snapdragon 720G that has an Adreno 618 GPU. This is the same setup as the 6 Pro which should mean that the 7 Pro will be an excellent device for avid mobile gamers. 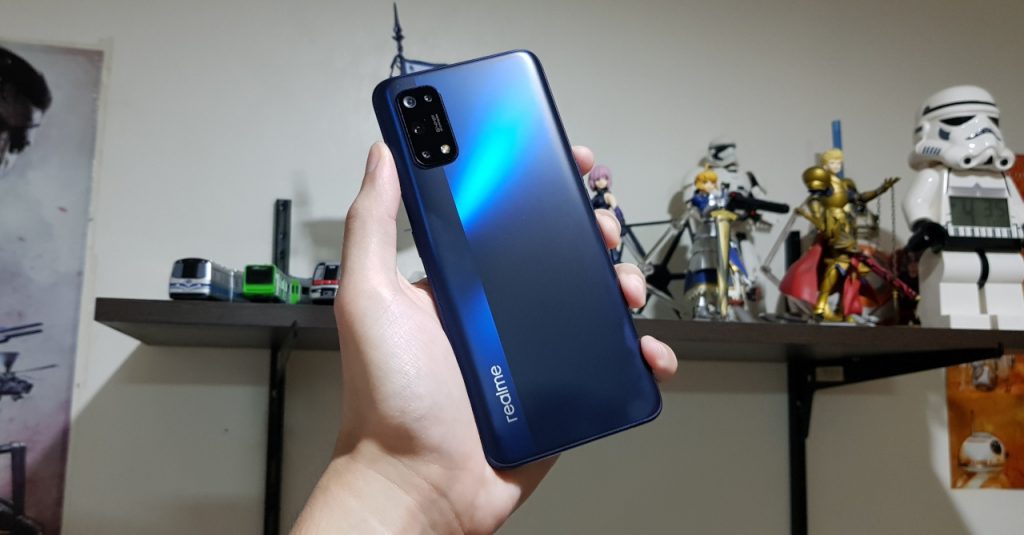 Design-wise, the realme 7 Pro looks a bit more low-profile than other realme phones. This is because the 7 Pro’s back has a matte finish and a more subtle light effect. But make no mistake, the realme 7 Pro is still a good-looking phone. And even if it’s not glossy like the 6 Pro, I actually prefer this new phone’s design. To top it all off, the phone’s finish means it’s not a fingerprint magnet.

The highlight feature of the realme 7 Pro though is 65W SuperDart charging, realme’s new fast charge technology. With SuperDart, the realme 7 Pro is said to charge from 0-100% in just 34 minutes. This makes the relame 7 Pro one of the fastest-charging mid-rangers in the market!

Coupled with the fact that the 7 Pro has a large 4500mAh battery, it looks like battery life will not be a problem for users of the new realme mid-ranger. After all, SuperDart charge will give the 7 Pro a lot of juice even with just a couple of minutes of charging time. 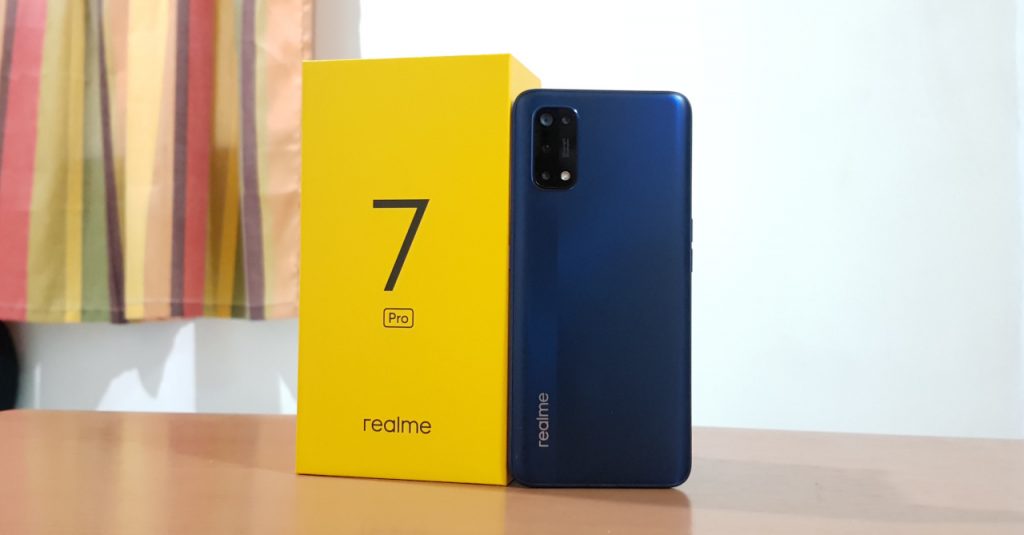 Overall, the realme 7 Pro is an interesting proposition. For one, the 7 Pro has a bunch of impressive features, including SuperDart charging and an AMOLED panel. But on the other hand, the 7 Pro does seem like a bit of a downgrade from the 6 Pro as it lacks a fast refresh rate and a telephoto shooter.

Right now, it’s tough to say if the 7 Pro is a clear upgrade over its predecessor. One thing’s for sure though, if the price is right, the realme 7 Pro will definitely be another great value smartphone, especially for users who want a phone with flagship features without the flagship prices.