It includes a lot of NieR collectibles! 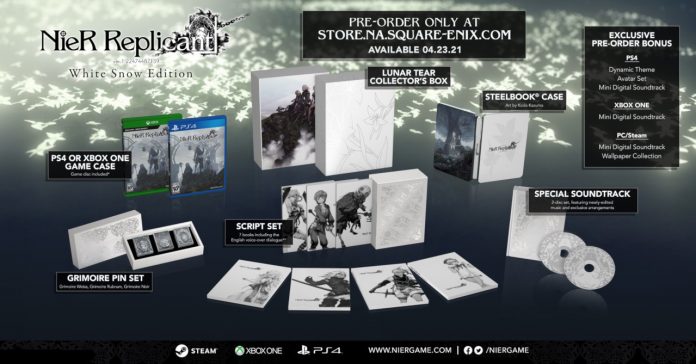 Aside from showing off gameplay footage, Square Enix also revealed the special edition of NieR Replicant ver.1.22474487139…, and it is called the White Snow Edition.

This special version of the game comes with lots of NieR goodies, including:

The White Snow Edition is available for pre-order now via the Square Enix Store. There’s no word yet if local game retailers in the Philippines will carry this special edition. 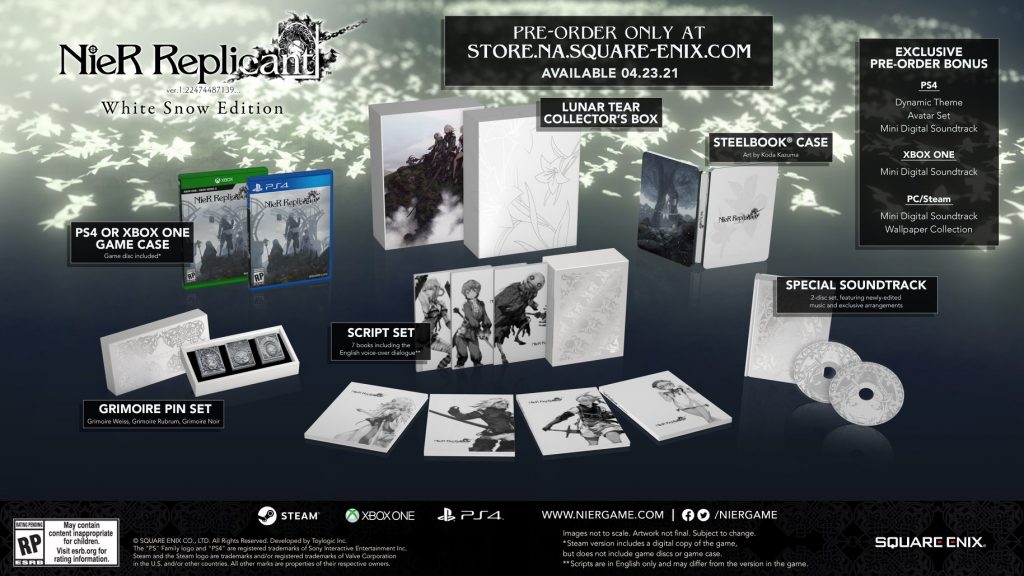 Meanwhile, pre-orders of the game’s PS4 version (including the White Snow Edition) will come with the following digital bonuses:

In case you’re unfamiliar, NieR Replicant ver.1.22474487139… is a remaster of NieR Replicant which was originally released back in 2010 for the PS3 exclusively in Japan. The game serves as a prequel to NieR: Automata.