Rise is the most "open" Monster Hunter game yet! 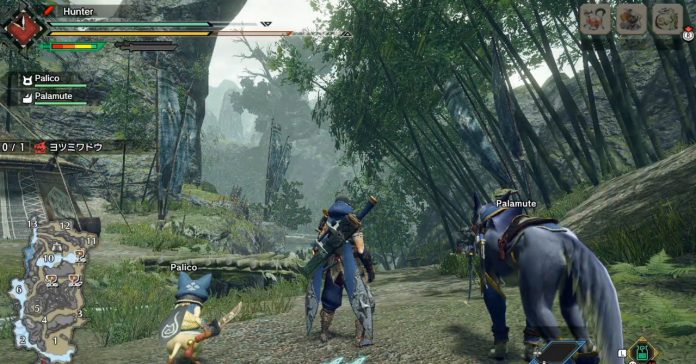 After announcing new info on the game yesterday, Capcom today gave us our first extended look at Monster Hunter Rise gameplay. While the trailers for the game already features some short clips from the game, this is our first time seeing an extended and (seemingly) uncut look at actual gameplay. Specifically, the gameplay footage shows off a Tetranadon hunt! The Tetranadon being one of the new monsters introduced in Rise.

While Rise looks like your standard Monster Hunter title at first, it features a lot of new additions, and I’m not just talking about Monsters. As the it is titled ‘Rise’, this game is the most open Monster Hunter entry yet as it gives players tools to vertically explore the map. One of the highlight new tools is the Wirebug–this item is pretty much a grappling hook that lets players climb up and traverse with ease.

Another highlight addition to Rise is the Palamute, a canine companion that hunters can ride. Aside from letting players traverse faster, the Palamute can also be used to climb steep inclines. Don’t worry though, the trusty Calico can still join hunters alongside the Palamute!

Monster Hunter Rise will release on March 26, 2021 exclusively on the Nintendo Switch. For more info on the game, read: