The ZenBook is out now while the VivoBook is available starting on the first week of November. 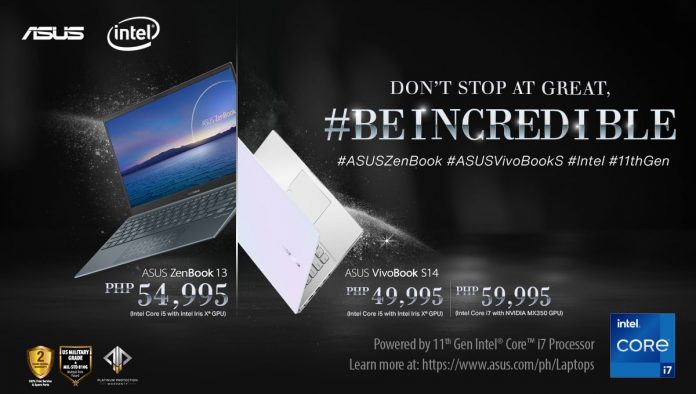 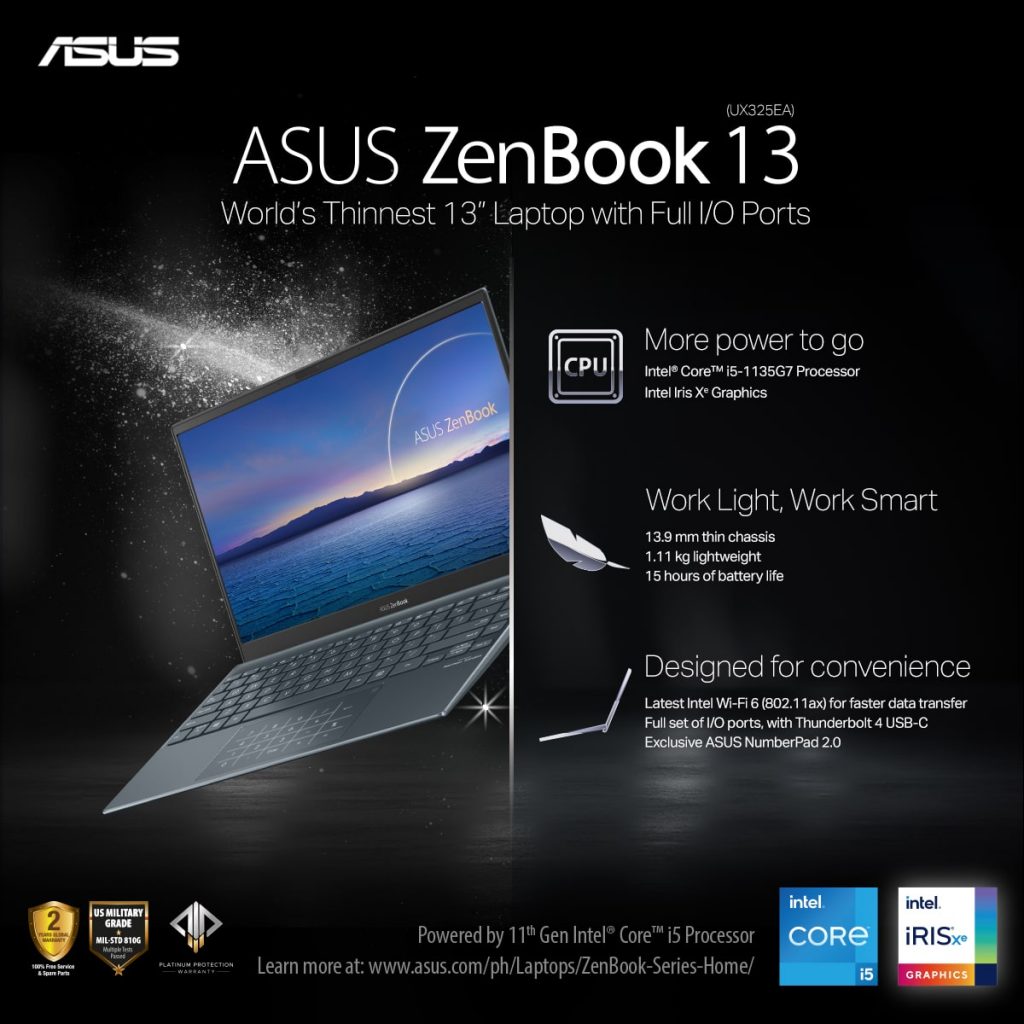 The new ASUS ZenBook 13 UX325 packs an 11th gen Intel Core i5 processor which promises to be even more powerful than its 10th gen predecessor. Plus, the 11th gen i5 comes with an Intel Iris Xe–an integrated graphics card that should perform to the level of select dedicated laptop GPUs. 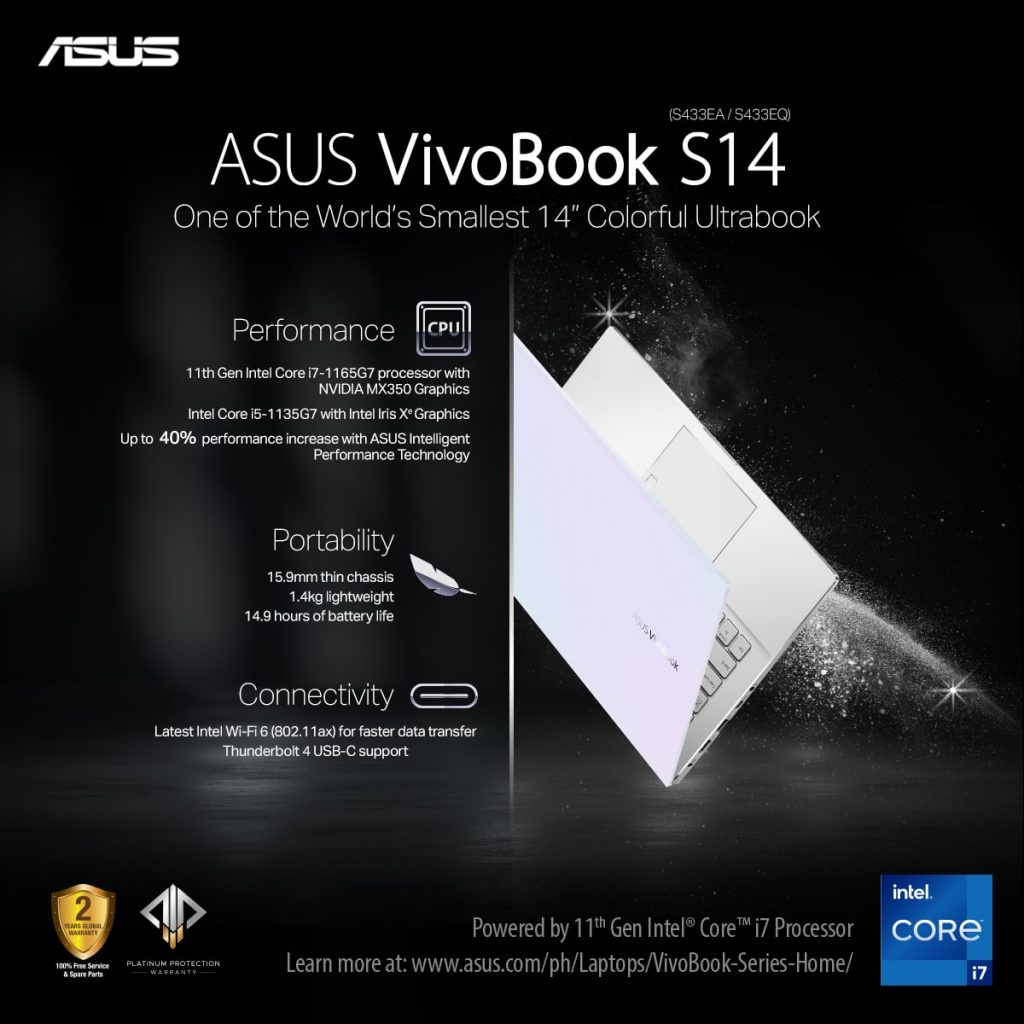 Next up, we have the VivoBook S14, a laptop that packs either an 11th gen Intel Core i7 or an i5 processor. The laptop also comes with either Intel Iris Xe integrated graphics, or with a dedicated NVIDIA MX350 GPU. The S14 also has a 14-inch LED-backlit Full HD display.

The new ZenBook 13 UX325 is avaialble in ASUS Concept Stores and ASUS Official Lazada Store now, and is priced at PHP 54,995.

In case you missed it, watch the launch of the new ZenBook and VivoBook here: http://bit.ly/BeIncredibleKickOffEvent