The Demon Slayer movie is a certified hit! 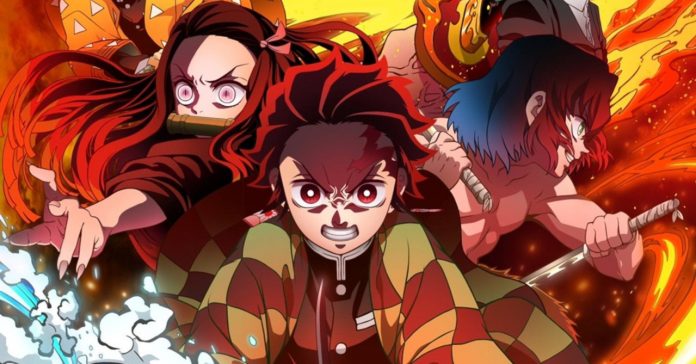 Following its release in Japanese cinemas last October 16, Demon Slayer: Kimetsu no Yaiba – The Movie: Mugen Train has become one of the most successful anime film in Japanese box office history. In just 10 days, the Demon Slayer movie has earned over 10 Billion Yen (around USD 102 million), making it the fastest film to earn 10 Billion Yen in Japan. With this record, Demon Slayer has beaten out previous record holder, Spirited Away, which reached the 10 Billion Yen mark in 25 days.

Demon Slayer’s record is made even more impressive when you consider that it was released in the midst of the COVID-19 pandemic. If not for the pandemic, the Demon Slayer movie might have reached the 10 Billion Yen mark even faster.

Given its success, we wouldn’t be surprised if the Demon Slayer movie beats out 2016’s Your Name to become the highest grossing anime film of all time.

In case you’re unfamiliar, Demon Slayer: Kimetsu no Yaiba The Movie: Mugen Train is an anime film that directly follows the first season of the anime series. Covering the manga’s Mugen Train arc, the film will see Tanjiro, Nezuko, Zenitsu, and Inosuke board the Mugen Train, where over 40 people have disappeared in a very short period of time. Joining Tanjiro and company is Kyojuro Rengoku, the Flame Hashira of the Demon Slayer Corps.

In related news, the Demon Slayer movie will release in Philippines cinemas in February 2021.