Get awesome freebies with each MateBook D 14 purchase from November 1-15! 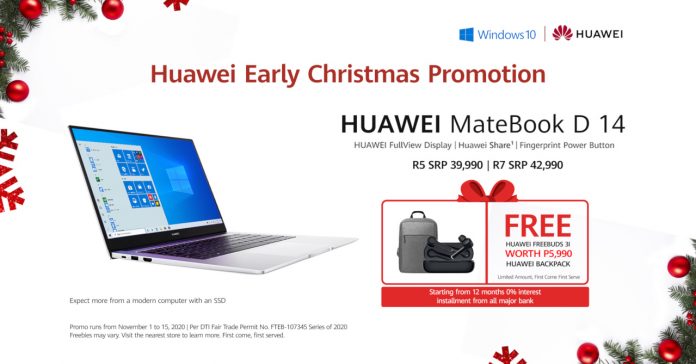 Huawei is already celebrating the holidays early with the announcement of its Early Christmas Promo for its MateBook lineup! The Christmas promo is happening from November 1 to November 15, 2020, and will feature awesome freebies for every purchase of select MateBook laptops. 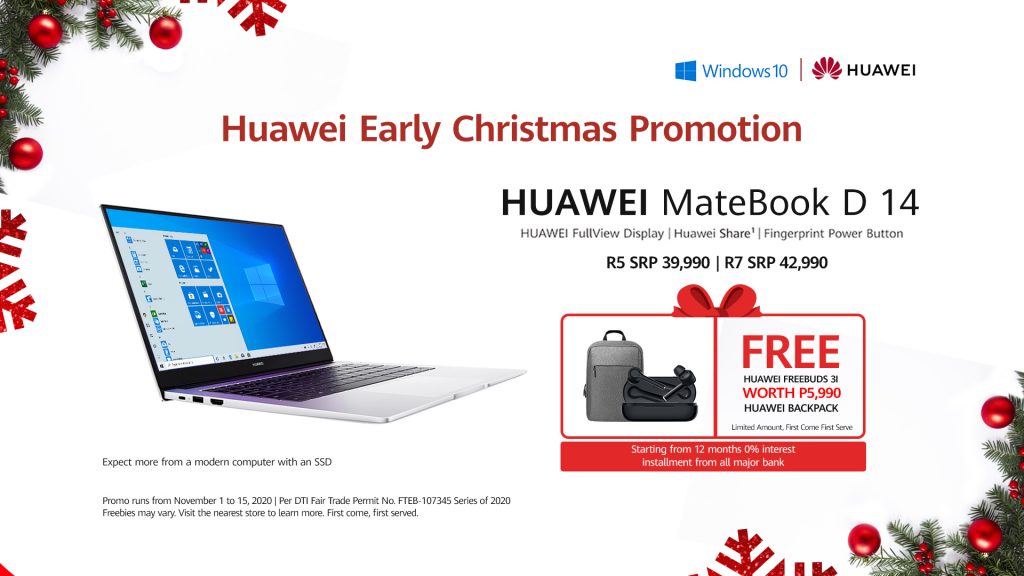 The highlight of the promo is the bundle deal for the MateBook D14. During the promo period, each purchase of the MateBook D14 will come with a free HUAWEI Freebuds 3i worth Php 5,990 and the HUAWEI Backpack. To sweeten the deal even more, the Huawei MateBook D14 will be available via Home Credit or through credit card installment in all major banks for starting from 12 months in dealerships and stores. 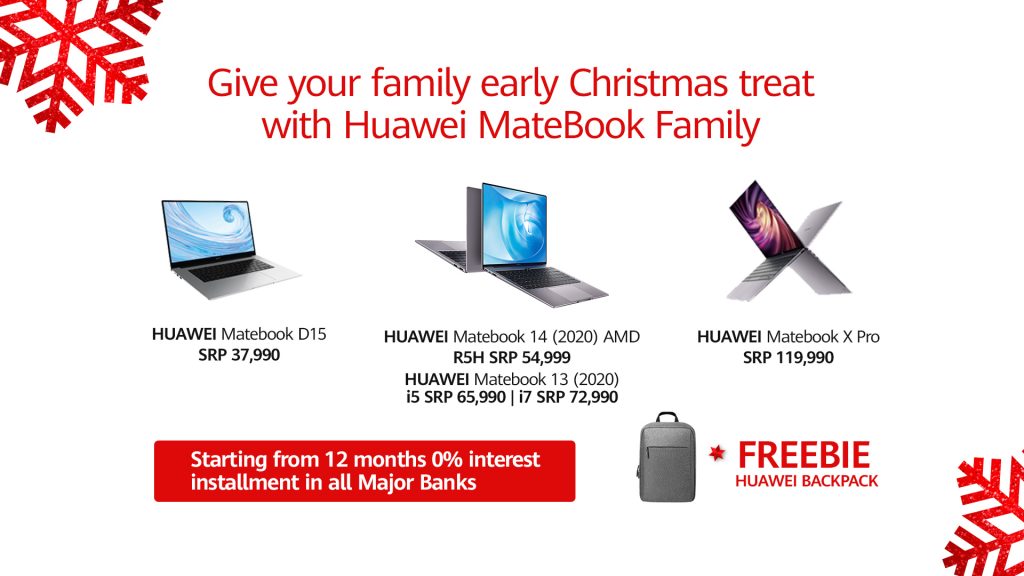 Aside from the MateBook D14 deal, Huawei also announced that the other MateBook models, including the D15 and the X Pro, will come with a free Huawei Backpack when purchase during the promo period. To top it all off, the said models will also be available with a 12-month installment plans via Home Credit or through credit card plans in selected dealerships and stores.

Can’t go out to get a D14 in stores?  you can also buy your very own MateBook D14 through Lazada, Shoppee or through the Huawei Store.

For more info on the MateBook D14, read:

Huawei launches the Ryzen-powered MateBook 14 (2020) in the Philippines