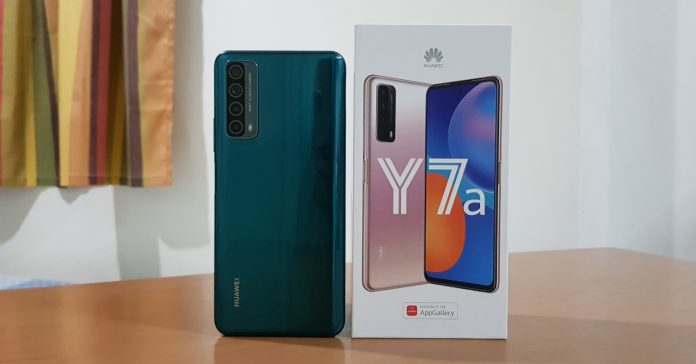 While lots of people are eagerly awaiting the Philippine release of the recently revealed Mate 40 lineup, Huawei has a new phone that it will first launch in the county ahead of its new flagship. The new phone is none other than the Huawei Y7a, a new budget smartphone from Huawei that promises great gaming and camera performance, all with a price tag that won’t break the bank.

Recently, we got our hands on the Huawei Y7a, and while we’ve yet to fully test out this new budget phone, we did have time to try it out for a bit, enough for us to share our first impressions. 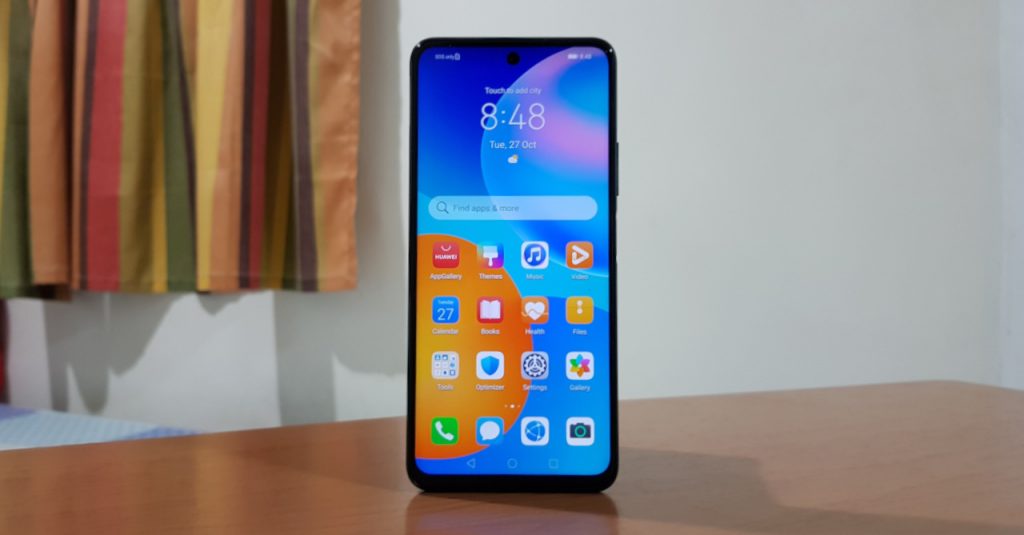 First up, we have the Y7a’s 6.67-inch FHD+ Display that has a small holepunch notch at the top-middle part. Aside from being a big display, the Y7a’s screen is impressive as it has a Full HD+ resolution (2400 x 1080). This is unlike other budget smartphones that only have a 720p screen, meaning the Y7a should be much better for watching movies and/or TV shows on. 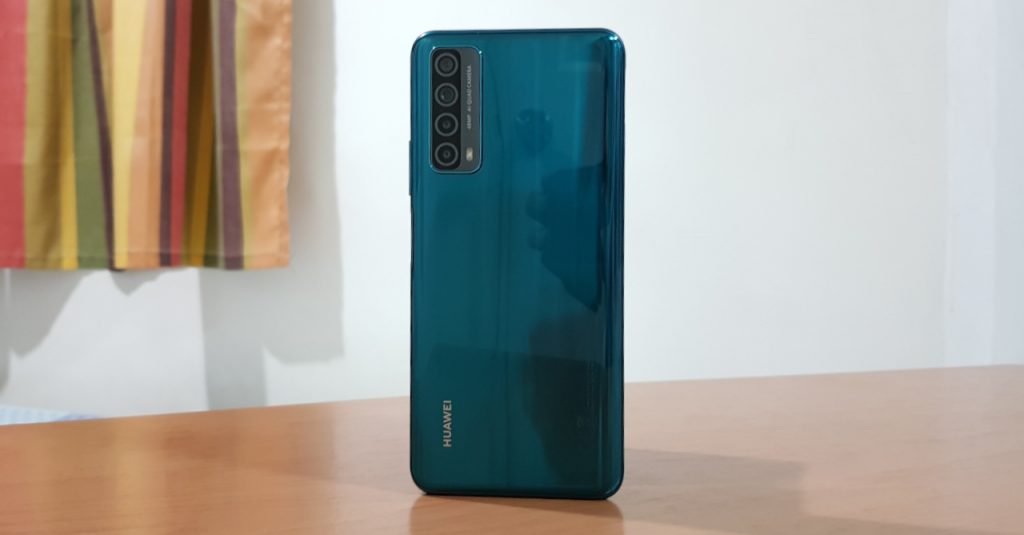 Moving to the back, the Y7a has a glossy finish that’s highly reflective. The specific Y7a model that we have comes in the Crush Green, which is eye-catching enough, but not as much as some of the other Y-series phones that Huawei has released this year (including the Y9s and the Y7p). While I like the phone’s looks, the only thing I don’t like is that it’s a fingerprint magnet and feels slightly, meaning a case is a must when using this phone (in my opinion at least).

For its cameras, the Huawei Y7a has a 48 MP f/1.8 + 8 MP f/2.4 ultrawide + 2 MP, f/2.4 macro + 2 MP f/2.4 depth sensor quad rear camera setup, as well as an 8MP F/2.0 front camera. On paper, this camera configuration is an impressive one, especially the 48MP main shooter. Of course, we’ll still have to test out the cameras capabilities before we are able to give our verdict on its photography capabilities.

Powering the Huawei Y7a is a Kirin 710A processor, the newest version of its Kirin 710 mid-range processor line. While we’ve reviewed phones that were powered by a Kirin 710 or 710F, this is the first time that we’ll get to try out a Kirin 710A-powered phone. Though if it performs around the same level as its predecessors, the Y7a should have enough power to run today’s popular titles.

Even though it’s a budget device, the Huawei did not skimp out on extra features on the Y7a. For one, the phone comes with a fingerprint sensor that’s side mounted (similar to the Y9s). Then there’s the fact that the Y7a comes with a USB-C port instead of a microUSB. To top it all off, the Y7a still has a headphone jack. 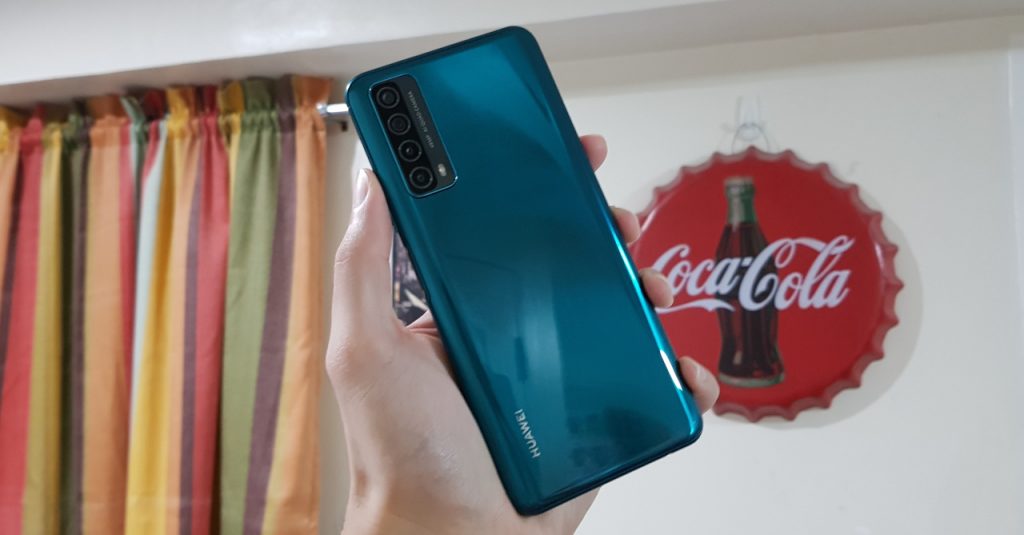 While we have yet to fully put the phone through its paces, the new Huawei Y7a shows a lot of promise, especially given that it is priced at only PHP 8,999. At this price point, the Y7a is shaping up to be a great budget smartphone deal! 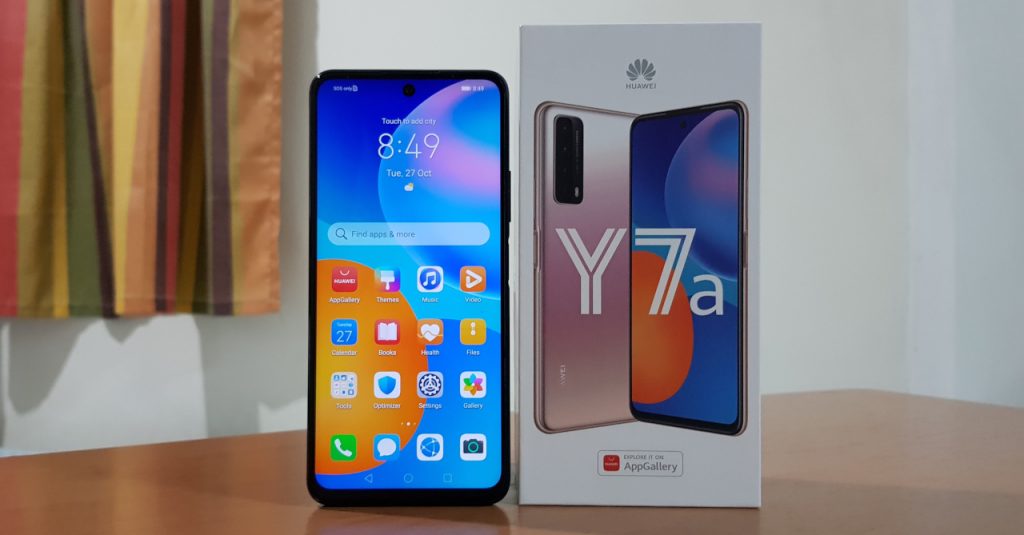 Already convinced with Huawei’s new budget offering? Pre-orders of the Y7a are open from October 30 to November 6, 2020. Each pre-order will come with a Bluetooth headset, game vouchers, and app rewards for GCash, PayMaya, Viu, and Foodpanda.