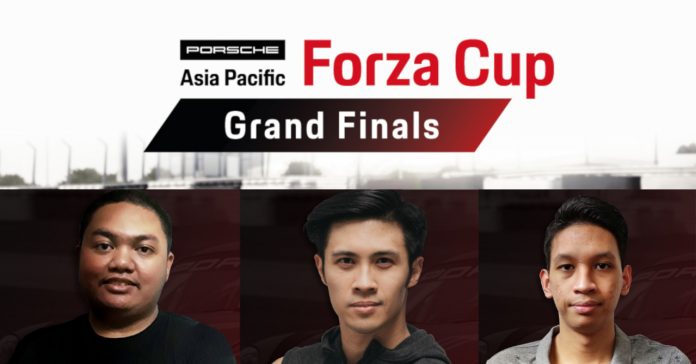 The Grand Finals for the Porsche Asia Pacific Forza Cup is happening tonight at 6pm, and it will feature the Top 16 drivers in the region. Among the 16 drivers, three will represent the Philippines!

In case you missed out on the action for the past few weeks and are interested in cheering for the Pinoy drivers in the tournament, here they are: 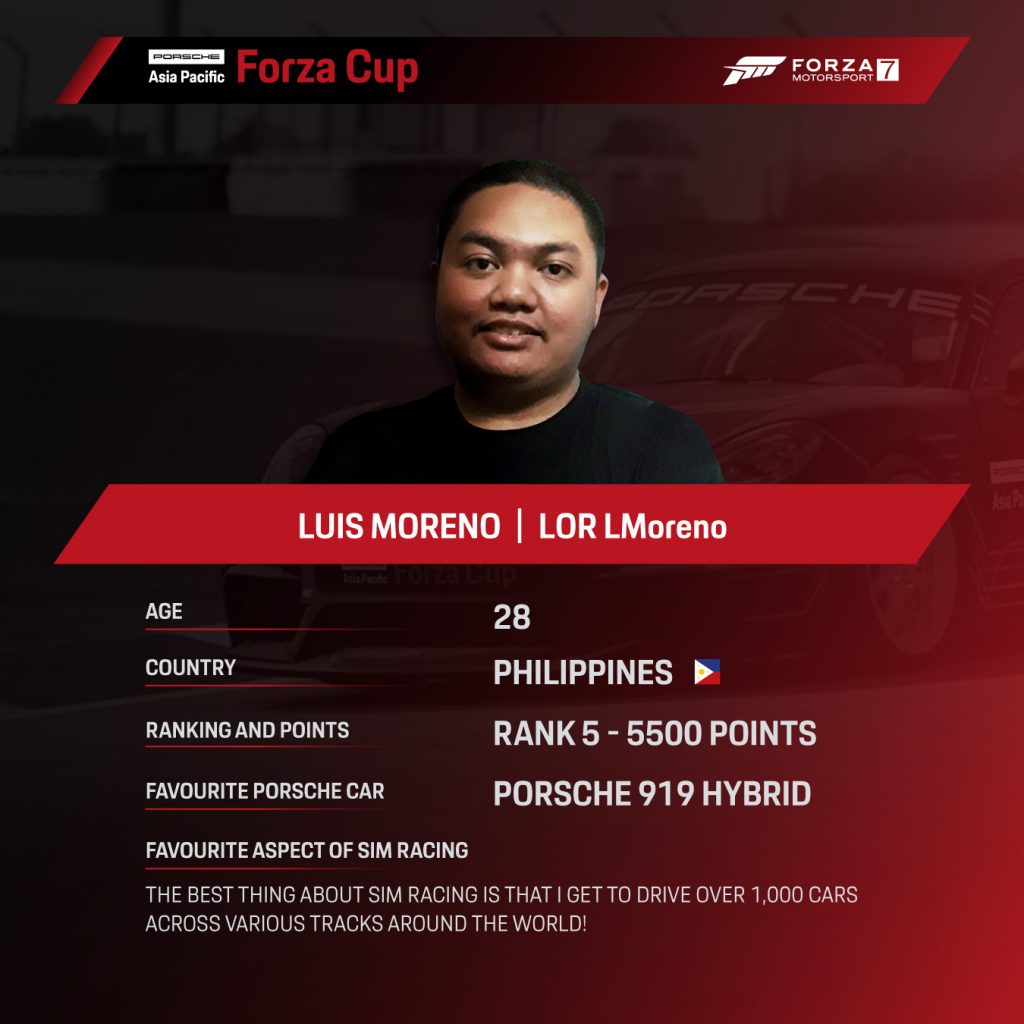 First up, we have Luis Moreno aka “LOR LMoreno.” LMoreno reached rank 5 at the end of the three qualifier weeks, earning him a spot at the Grand Finals. LMoreno’s favorite Porsche car is the Porsche 919 Hybrid, an LMP1 car won the constructors’ and drivers’ championship in the World Endurance Cup from 2015 to 2017. 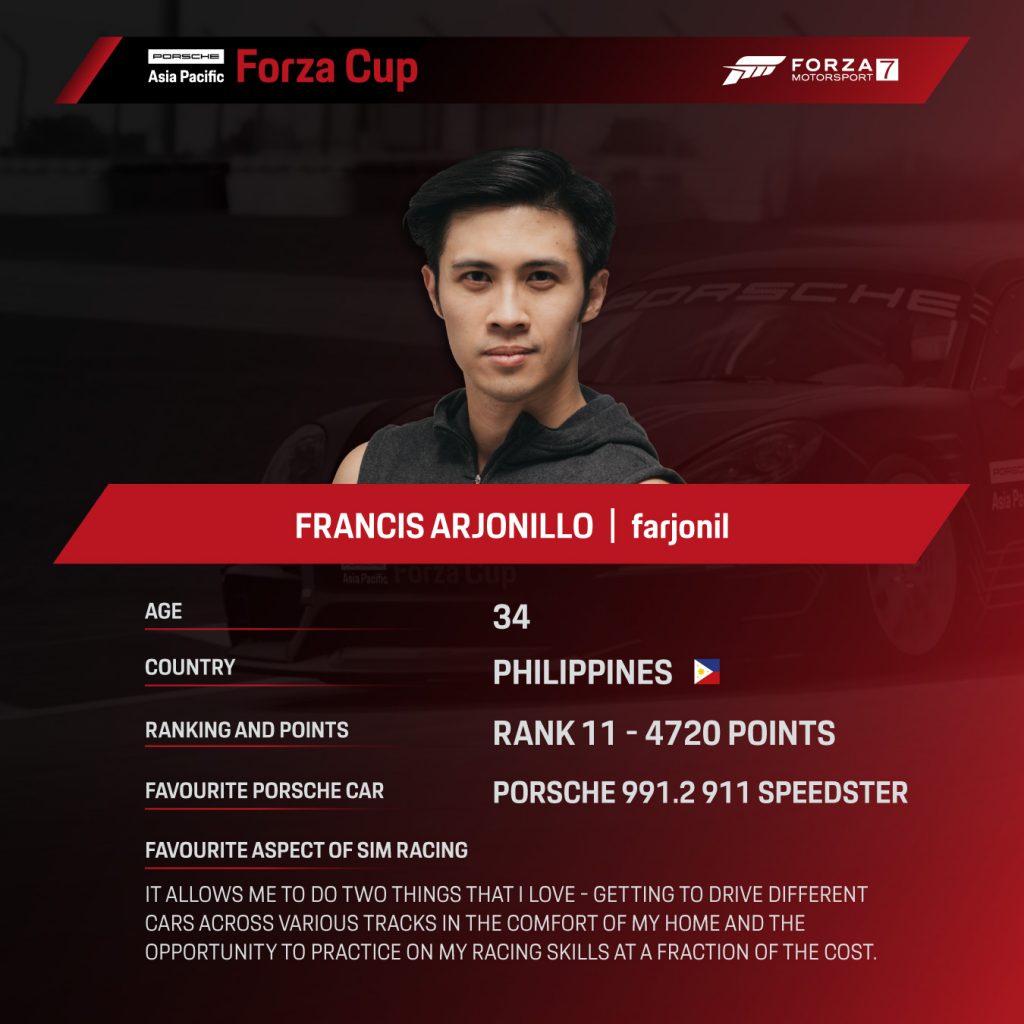 Up next, we have Francis Arjonillo aka “farjonil.” At the end of the qualifiers, farjonil had 4720 points which was enough to secure the 11th spot. As for his favorite Porsche car, farjonil’s choice is the Porsche 991.2 911 Speedster, the final edition of Porsche’s 991 generation. 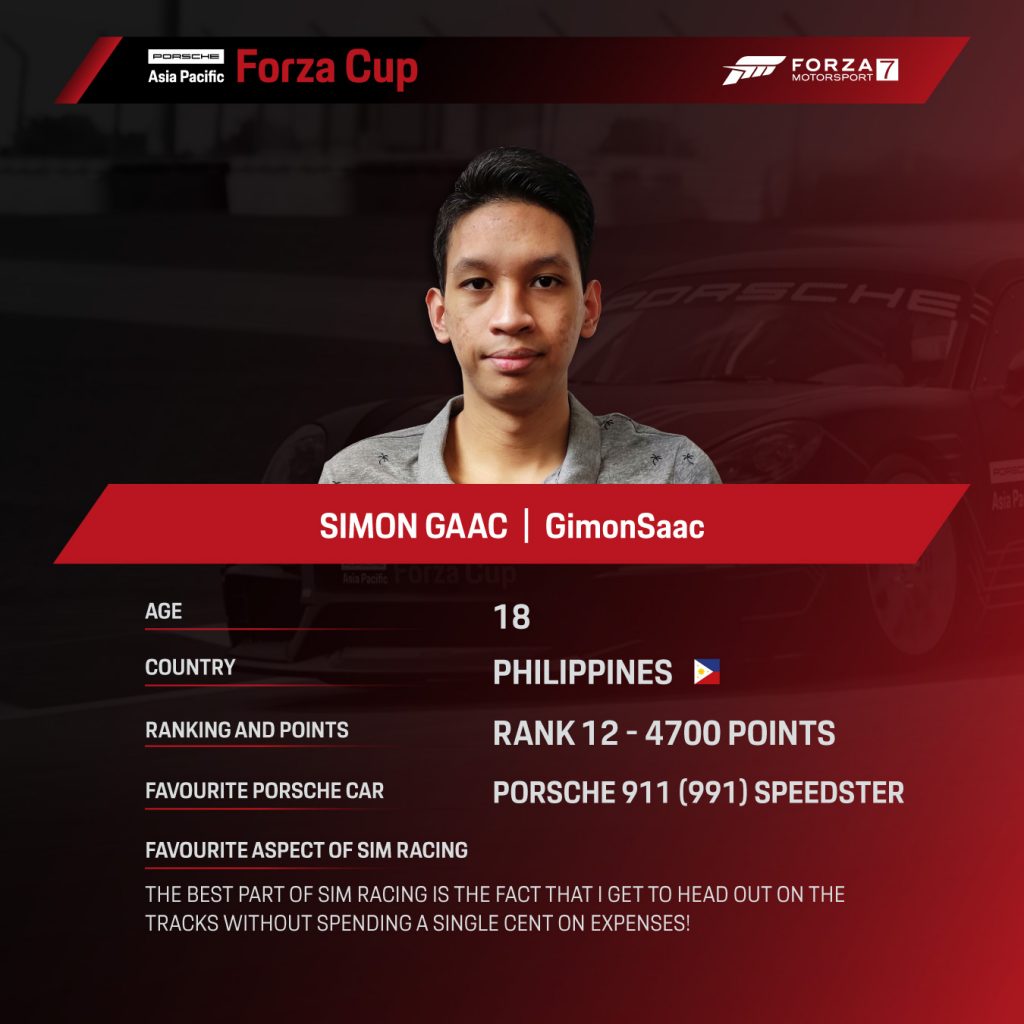 Finally, we have Simon Gaac aka “GimonSaac” who reached rank 12 at the end of hte qualifier weeks. GimonSaac’s favorite Porsche model is also the 911 (991) Speedster. 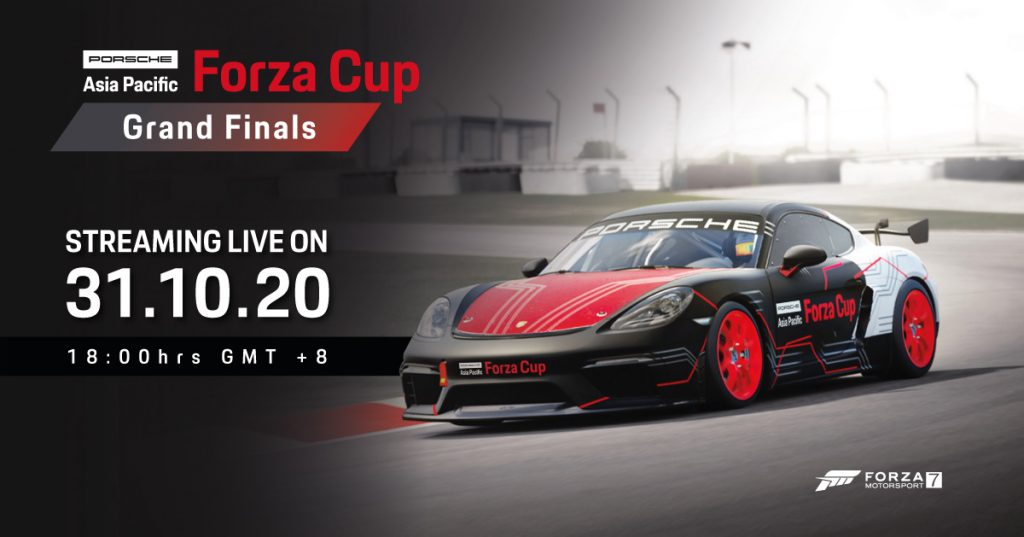 The Porsche Asia Pacific Forza Cup Grand Finals is happening live tonight at 6pm (PHT). At the Finals, the Top 16 drivers will race in a Porsche Cayman GT4 Clubsport, with the winner bagging big prizes, as well as an opportunity to drive in real life at the Porsche Experience Centre Hockenheimring in 2021.

For more info on the event, visit: https://porscheapforzacup.com/.

- Advertisement -
Previous articleA Quick Look at Shining Beyond – An idle-RPG for mobile
Next articleAn interview with Wes Eckhart, Yuey Tan, and the Porsche Asia Pacific Team