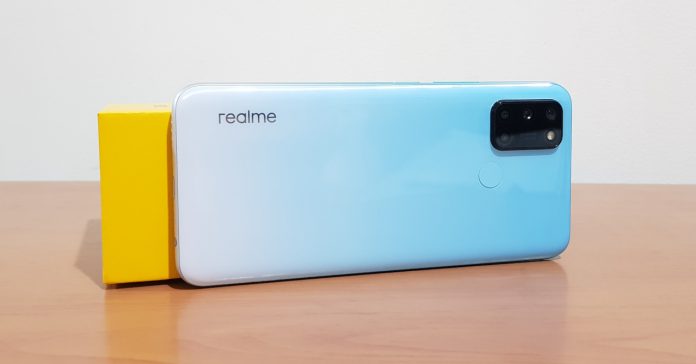 Recently, we got our hands on the realme 7i, the latest phone from realme that just launched today in the Philippines. In out initial impressions of the phone, we noted that the realme 7i is a promising smartphone thanks to its improved quad camera setup, as well as its attractive design. 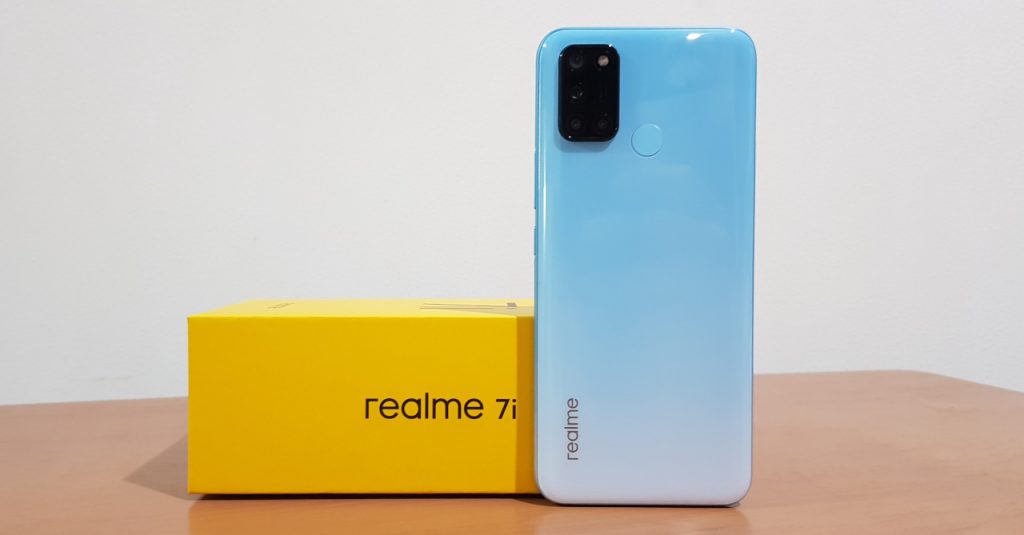 What stood out the most for us though was the phone’s display. The realme 7i features a 6.5-inch screen with a 90Hz refresh rate. Given that high refresh rate displays are found mostly in flagships and upper mid-range phones, it’s quite a surprise to see that the most budget-friendly realme 7 series phone has one.

While a 90Hz display is a killer feature, the phone overall has to impress before we can fully recommend it. So did it hold up in our test? We find out here in our full review of the realme 7i! 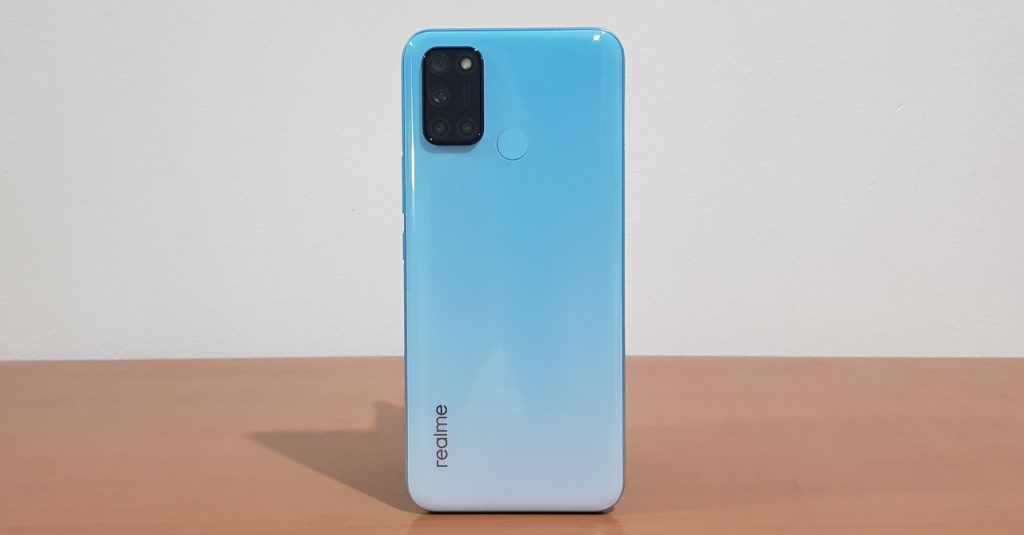 Unlike its predecessors, the realme 5i and 6i which had matte finishes, the realme 7i’s back is glossy. Even if there’s a shine to the 7i’s back, it’s not much of a fingerprint magnet; great news if you like using your phone without a case. Combining this eye-catching finish with the squarer camera module, the realme 7i looks far from a cheap budget phone. 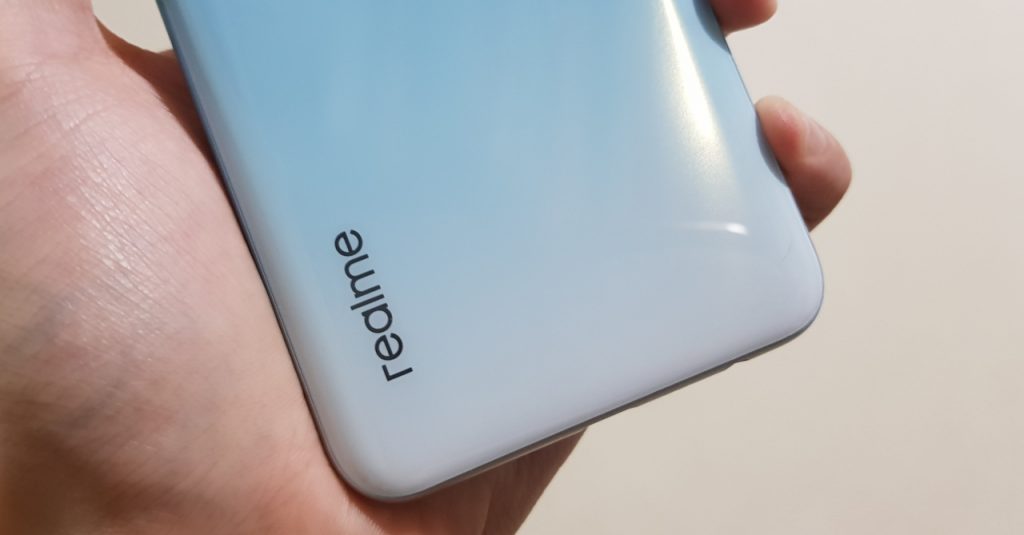 Another thing that differentiates the realme 7i from its predecessors is the color. While the 5i and 6i both have solid colors, the 7i has a gradient color (in the Polar Blue) that’s quite subtle yet elegant. 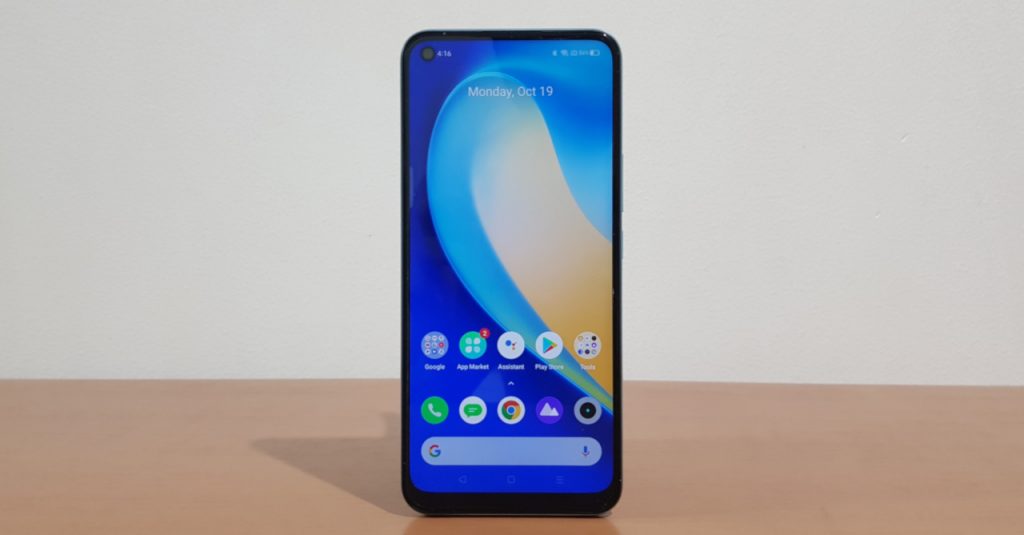 Moving to the front, the realme 7i has a 6.5-inch display that has slim side bezels as well as a holepunch notch on the top left side. The smaller notch makes for an even more “all-screen” display than the 6i which has a waterdrop notch. The only thing that could’ve been improved with the realme 7i’s front is the slightly big bezel on the chin which makes the phone asymmetrical; of course, this is far from a deal-breaker. 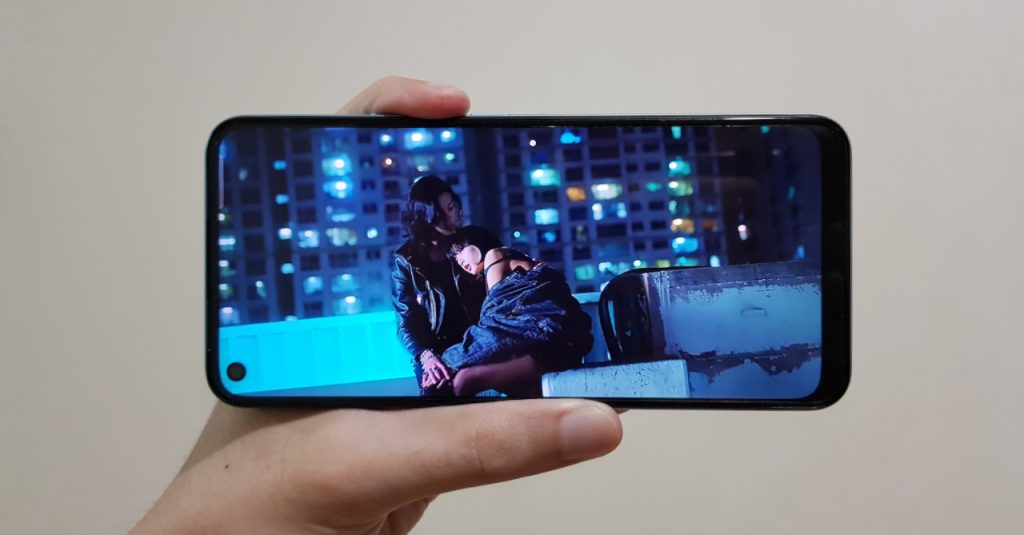 For audio, the realme 7i has a single bottom-firing speaker. This onboard speaker works well enough when watching vlogs on YouTube for example, but for movie marathons or listening to your favorite playlist, I’d recommend an external speaker or headphones (which you can connect via Bluetooth or the 3.5mm headphone jack) for a better experience.

The realme 7i is powered by a Qualcomm Snapdragon 662 processor that’s paired with 8GB of RAM. On paper, the Snapdragon 662 should have enough power to run today’s popular titles. So how do games play on the 7i? Pretty good for the most part!

For example, the realme 7i is able to run Mobile Legends: Bang Bang on the recommended Medium setting well. The phone can actually run the game on High, but there were some slight hitches. As for Wild Rift, the game actually ran smoother than MLBB on the Balanced graphics setting. 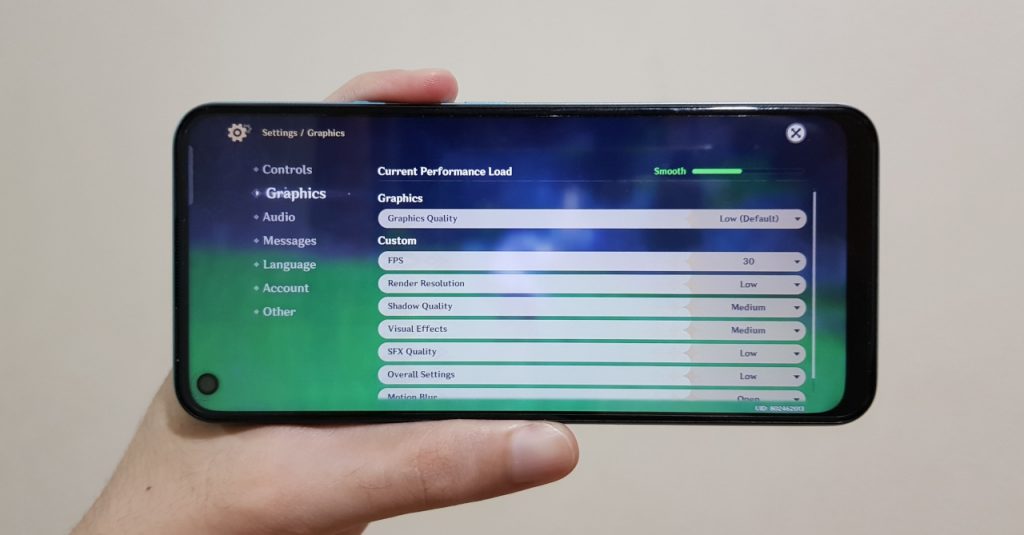 What about more hardware-intensive titles? Well, the realme 7i can run them quite well, but only at lower settings. For instance, the popular open-world title Genshin Impact ran smoothly in the Low setting, though the game’s start up does take a bit longer than usual.

Given that the realme 7i is usually limited to low or medium on games with heavier graphics, you won’t be able to take full advantage of the 90Hz refresh rate display for most titles that support it. Of course, there are some games that can be played with up to 90FPS on the phone, but there aren’t a lot of them.

Now we move on to photography. The realme 7i features a 64MP F/1.8 + 8MP ultra-wide + 2MP portrait + 2MP macro quad-rear camera setup, as well as a 16MP F/2.1 front camera. While the rear camera setup is fairly similar to the one found on the realme 6i, the 7i has an upgraded main camera–a 64MP shooter instead of a 48MP camera.

The 64MP camera takes great daytime photos, as well as good quality indoor shots. Images taken with the main camera have a good level of detail, as well as vibrant colors, especially when you use the Dazzle Color feature. Though if you prefer more true-to-life colors, it’s better to leave Dazzle Color off.

At night, the realme 7i takes decent photos, though they do come out a bit blurry when shooting in Auto Mode. Good thing the realme 7i has a Night Mode which results in sharper and brighter low light photos.

Another cool thing about the phone’s Night mode is that you can use realme’s unique filters to take a more dramatic photo.

Moving on to the ultra-wide camera, this snapper is able to capture daytime photos with good image quality, though low light photos leave a lot to be desired. When using Night Mode though, ultra-wide low light photos do get a bit brighter and more detailed.

The realme 7i also has as 2MP macro camera that can be used to take close-up shots of small subjects. Though you will need enough light so that photos don’t turn out too blurry or noisy.

For selfies, the realme 7i gets the job done as its 16MP front camera snaps nice enough selfies. The phone also is able to capture portrait photos with a decent background blur effect. 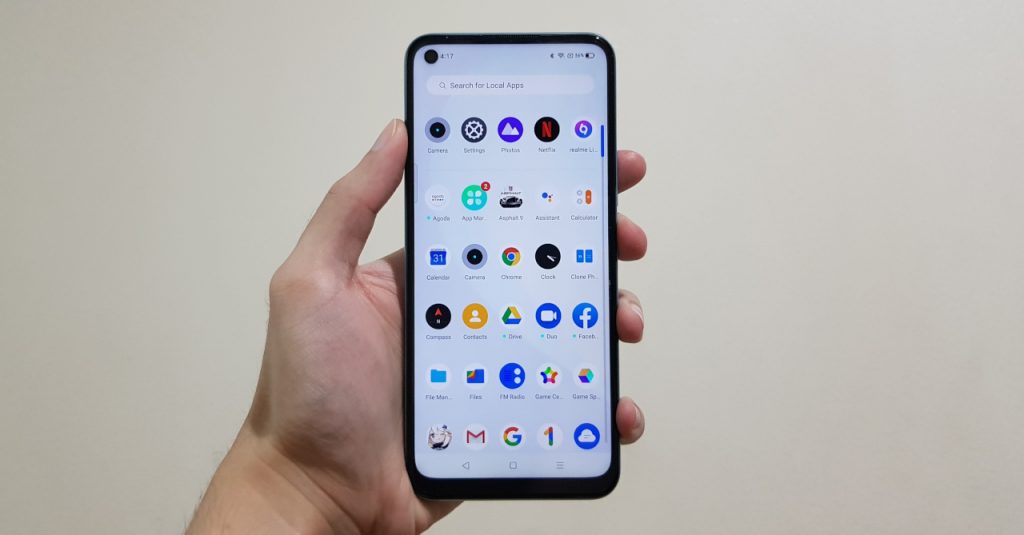 Thanks to the Snapdragon 662 processor and 8GB of RAM, the realme 7i is a reliable phone for everyday use. Whether browsing various websites or checking social media, the realme 7i is fast and snappy, with little to no slowdowns (at least based on my time with it). The fast 90Hz refresh rate also made for an even smoother user experience.

If you use the phone for standard apps such as social media or email, the realme 7i should last for well over a day on a single charge thanks to its 5000mAh battery. When gaming, the phone should also last for quite a while; specifically, the phone was only drained by 25% after playing Genshin Impact for 2 hours nonstop. What makes this impressive is that Genshin Impact is a demanding game to run.

Though if you do need to charge, the realme 7i comes packed with an 18W fast charger, meaning it can fill up to 100% quite quickly. 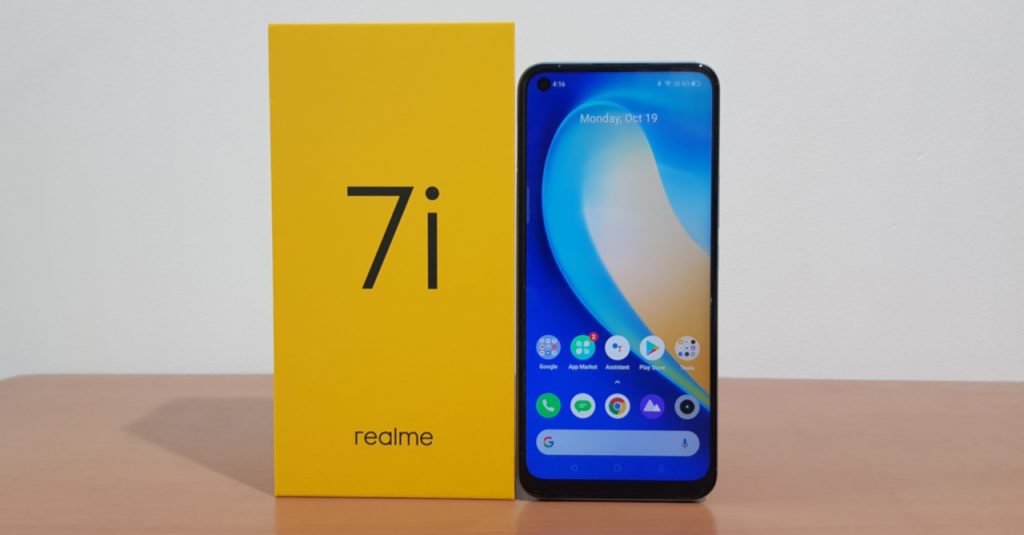 Thanks to its great quad camera setup and capable processor, the realme 7i is a phone that will no doubt satisfy most users. The fast 90Hz refresh rate and eye-catching design also makes it feel premium.

There is a catch; while the 90Hz refresh rate screen is an advantage over competing mid-rangers, the 7i’s processor is just not powerful enough to run a lot of games up to 90FPS. Given that the phone is priced at PHP 11,990 means that the realme 7i has some tough competition in its price bracket.

Overall though, the realme 7i is still good value thanks to its well-rounded list of features.