Taiko No Tatsujin: Drum ‘n’ Fun! for Nintendo Switch is getting a free major update

Heads up, Taiko no Tatsujin players! 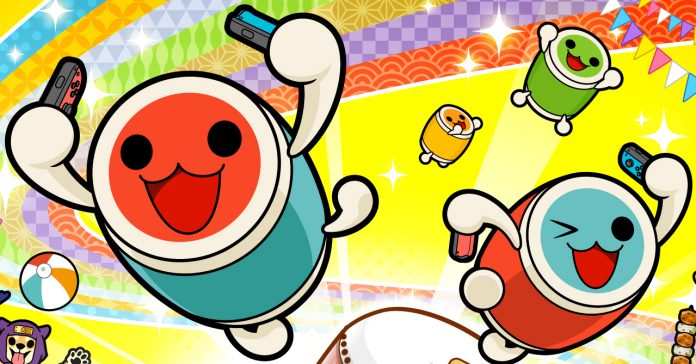 While Bandai Namco is gearing up to launch the Taiko no Tatsujin RPG pack this November, this doesn’t mean the first Taiko game on the Switch will no longer be updated. In fact, Bandai Namco has announced that Taiko No Tatsujin: Drum ‘n’ Fun! is getting a free major update!

The upcoming update to Drum ‘n’ Fun will release in winter 2020, and it will allow players to play the new online mode, “Private Match” on Nintendo Switch. In this mode, players can set passwords to matches so that you and your friends can play the game online.

Here’s how it works. First, select the “Private Match” option, then have one player set a 6-digit password at “Create Room,” and the other player enters their opponent’s password at “Find Room”.

In Private Matches, you can set up various modes such as the “Co-op Performance” and “Battle Performance,” as well as play with/without items and score blinders, just as you do when playing locally. Though you won’t be able to use your character in a private match.

While the major update releases in winter, Bandai Namco has recently released new song packs for Drum ‘n’ Fun. The song packs include:

- Advertisement -
Previous article
WATCH: New K/DA music video ‘MORE’ featuring Seraphine
Next article
More PS5’s have been sold in 12 hours than the PS4 has sold in its first 12 weeks