Can your phone run Genshin Impact? 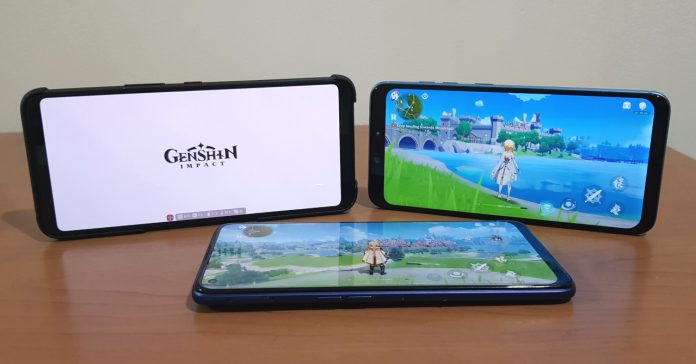 Earlier this week, miHoYO released its long-awaited RPG, Genshin Impact on PC, PS4, and mobile. As the game takes inspiration from titles such as Breath of the Wild, Genshin Impact has a large open world to explore, meaning it is a demanding game to play on mobile. Not to mention that players will need 8GB of storage space on their phone to install the game.

If you use an Android phone and are wondering if your device can run the game, miHoYo did release the minimum and recommended system requirements for the game. While these are definitely helpful to see if your phone can play Genshin Impact, they’re not really indicative of how the game will feel like to play on different Android hardware.

Because of this, we decided to try out Genshin Impact on five different Android phones, ranging from a budget device, all the way to a flagship gaming smartphone. With this test, you’ll be able to have an idea on how phones in different tiers will be able to run Genshin Impact.

So let’s get started! 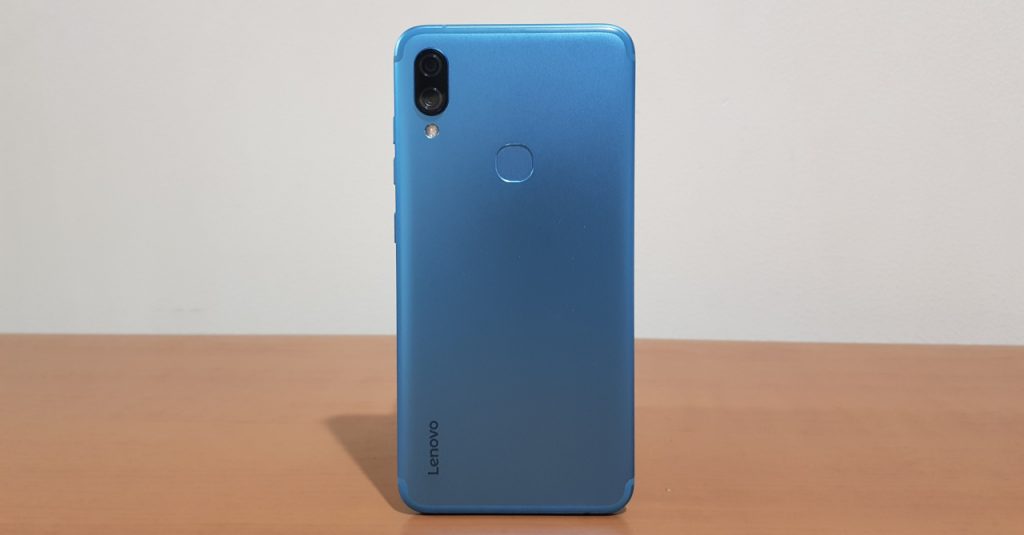 Let’s start off with the Lenovo S5 Pro, a phone that’s priced at PHP 7,490 (around USD 155) in the Philippines. It packs a Snapdragon 636 processor, 6GB of RAM, and 64GB of storage. Based on Genshin Impact’s minimum requirements, this phone should have enough power to run the game.

After downloading Genshin Impact, the game was able to run on the Lowest Graphics settings at 30 FPS on the Lenovo S5 Pro. While Genshin Impact is playable on the phone, it’s not the smoothest experience, with some hitches when up against a group of enemies and in some cutscenes. When playing the game, accessing the system drop down menu and switching to a different app also became quite slow. On the flip-side, the Lenovo S5 Pro did not heat up much in my time playing the game.

Given this result, if you are currently using a fairly new budget Android phone, your device should be able to run Genshin Impact, albeit at the Lowest graphics setting and with some hiccups. Though if you are on an old budget phone, you might not be able to run the game well enough. 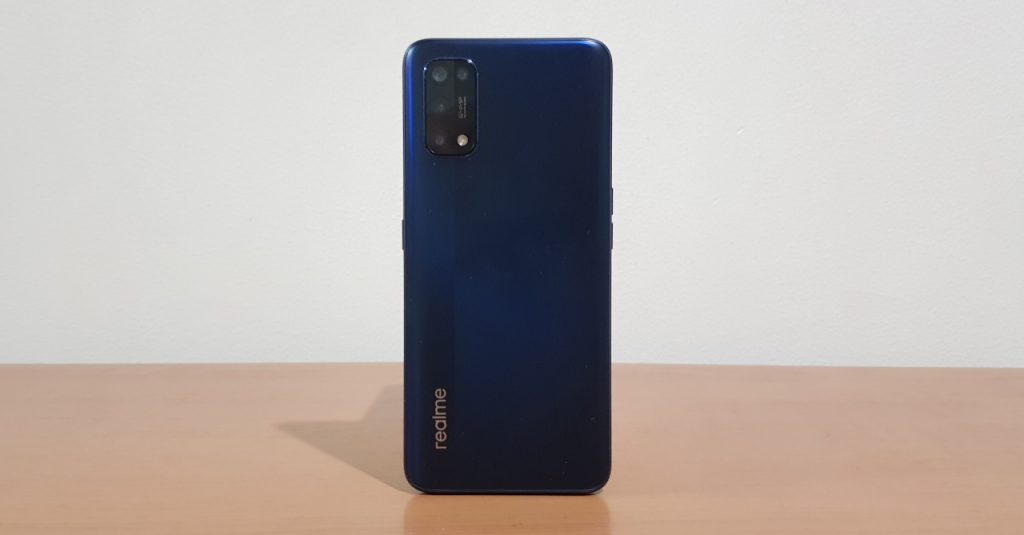 Up next, we tested Genshin Impact on three mid-range phones, each with different processors and price tags. The first mid-ranger that we tried out is the new realme 7 Pro which is priced at PHP 17,990 (around USD 370) in the Philippines packs a Snapdragon 720G processor, as well as 8GB of RAM and 128GB of storage.

As this phone’s processor is a clear step (or two) above the Snapdragon 636, Genshin Impact was able to run fairly smoothly on the Medium graphics setting at 30FPS. The phone can also run the game at 60FPS on Medium or at 30FPS on High, but you should expect some framerate drops here and there on those settings.

On the A71, Genshin Impact almost exactly like it did on the realme 7 Pro. This means the A71 can play the game at Medium Graphics setting. You can bump up the graphics or the FPS to 60, but you should expect some hitches here and there.

What about a MediaTek powered phone? We also tested Genshin Impact on the new realme 7. This new phone is priced at PHP 14,990 (around USD 309) and is powered by a MediaTek Helio G95 processor that’s coupled with 8GB of RAM. 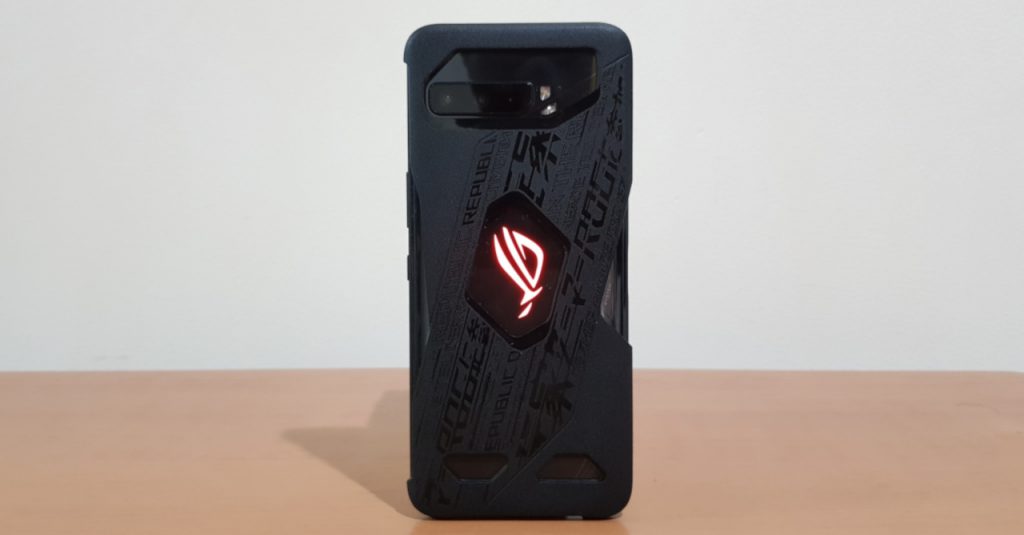 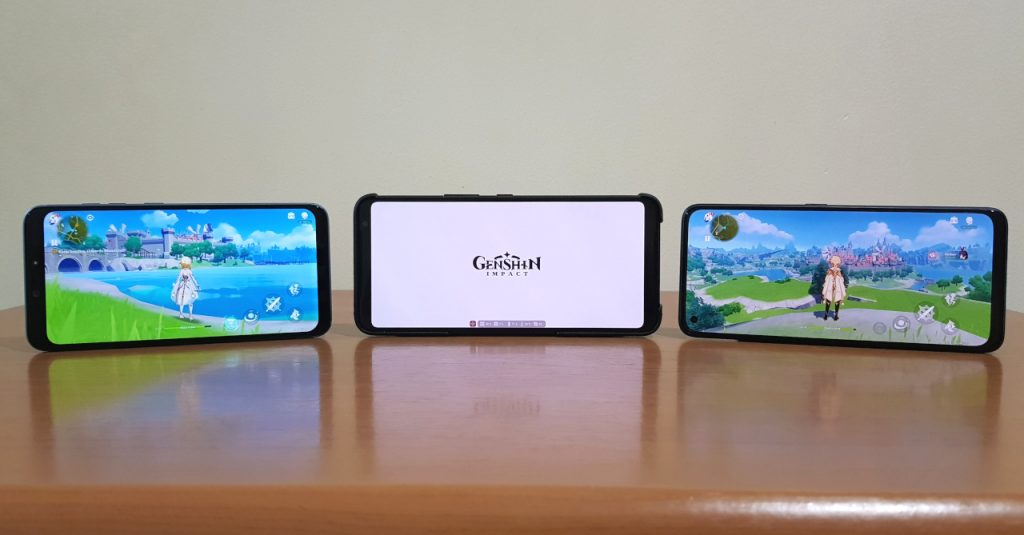 Genshin Impact is definitely a demanding game, especially if you want to play it on higher graphics settings as you would need a flagship device to do so. Though if you want to just play it and are fine with playing on low settings, you can run Genshin Impact on some budget devices.

Here’s a quick rule of thumb for running the game on different Android phones:

Of course, these results are based on smartphones released in 2020. So if you’re using a budget device released a year or two ago, your phone may not be able to run the game smoothly. Or if your phone is a flagship from two years ago, you may have to turn down the graphics to Medium.