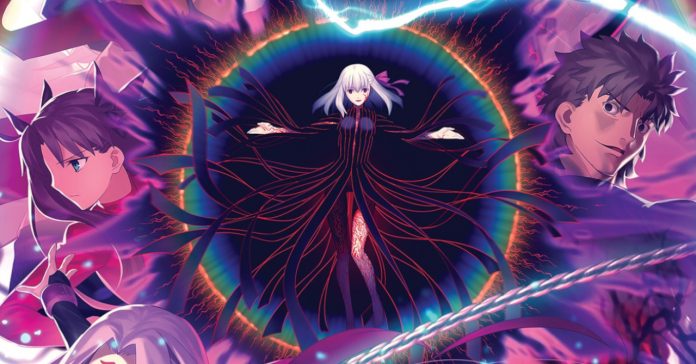 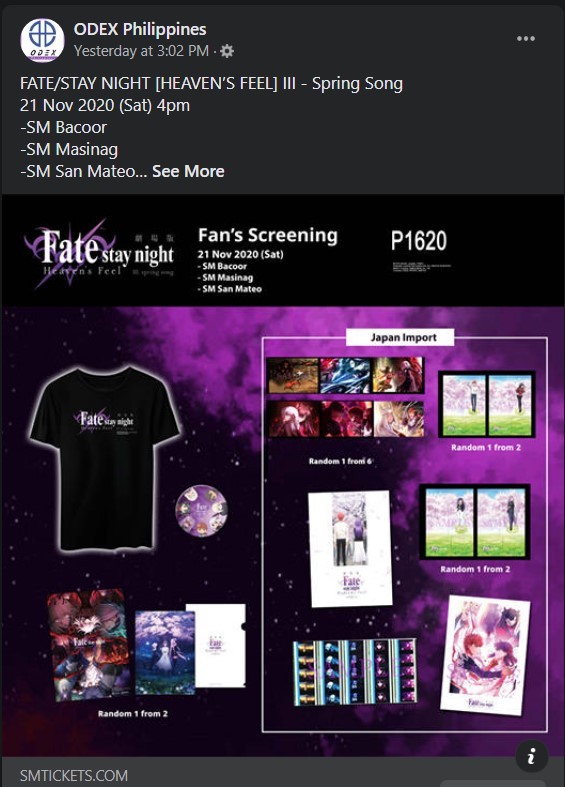 Each fan screening ticket is priced at PHP 1,620, and is inclusive of a movie ticket and the following goodies:

The choice of the three SM Cinema outlets are similar to that of the upcoming fan screening for the Demon Slayer movie. This is likely due to the fact that Metro Manila is still under a General Community Quarantine, meaning cinemas are still closed. Though the three SM Cinema branches where the Heaven’s Feel Part 3 fan screening will take place are located outside Metro Manila.