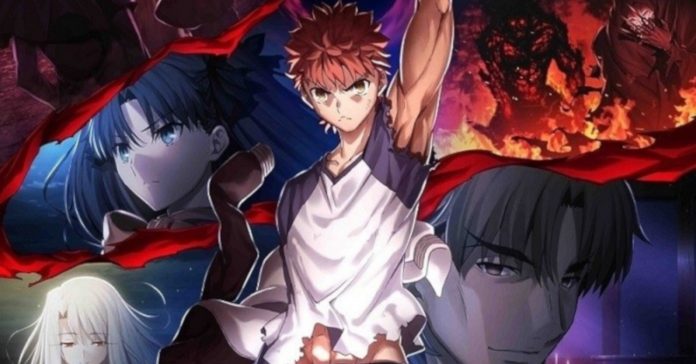 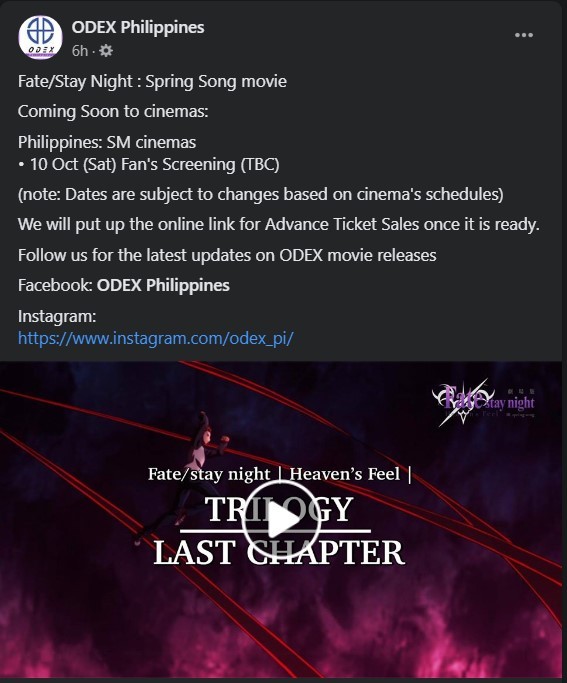 According to ODEX, the finale of the Heaven’s Feel film trilogy will get a fan screening on October 10, 2020, though this date is subject to change given the COVID-19 pandemic. While the announcement confirmed that the screening will be held at an SM Cinema location, there’s no word yet on which specific SM Cinema will screen the film.

Based on previous anime film fan screenings from last year, expect the film to be shown at SM Megamall. And also, expect each fan screening ticket to come with a Heaven’s Feel freebie (maybe a t-shirt or some merchandise). 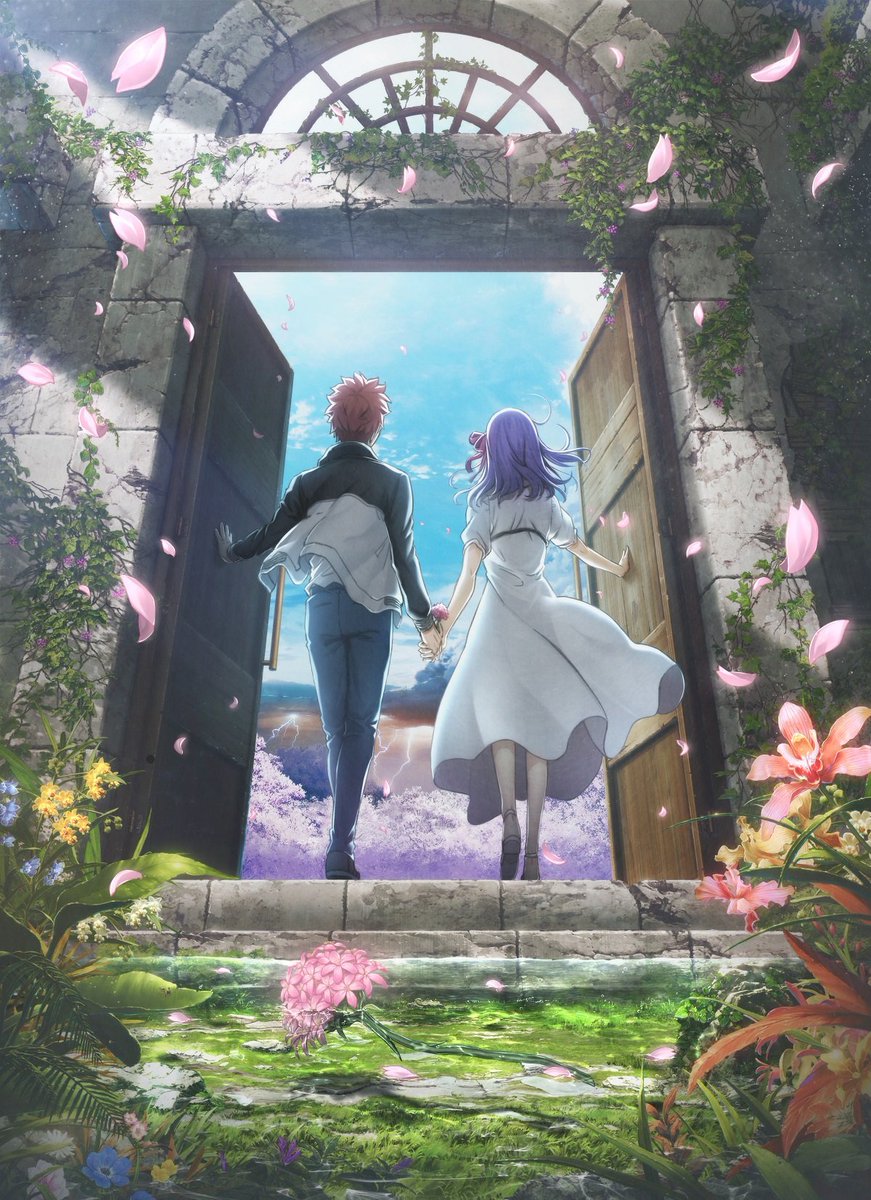 In case you’re unfamiliar, Fate/stay night: Heaven’s Feel III. spring song is the third and final installment in the Heaven’s Feel film trilogy–a trio of films based on the ‘Heaven’s Feel’ route of the Fate/Stay Night visual novel. The first two films in the trilogy, presage flower and lost butterfly, were released in select Philippine cinemas by ODEX back in early 2018 and early 2019 respectively.

Spring Song meawnhile, was set to be released in Japan back in March, but was delayed August 15 due to the COVID-19 pandemic. ODEX Philippines is yet to announce a wide release date for the film.