A feature-filled and budget-friendly smartphone. 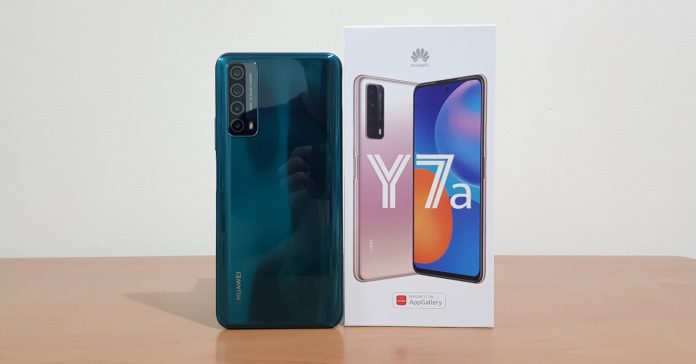 Last week, we got our hands on the Huawei Y7a, the brand’s newest budget smartphone. Even with its affordable price tag that’s below PHP 10k, the Y7a still packs an impressive list of specs/features, including a quad camera setup with a 48MP main camera, as well as a Kirin 710A processor. Thanks to these, the Y7a definitely looks like a strong budget smartphone contender. 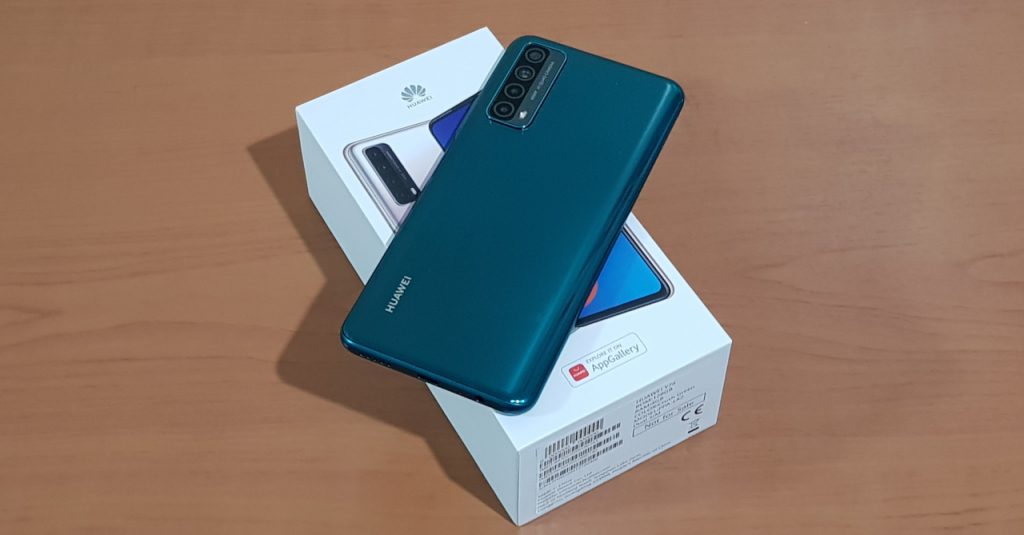 Specs aren’t everything though, as some phones are great on paper but don’t exactly deliver in actual use. In our first impressions of the new budget Huawei device, the Y7a proved to be quite promising, though that’s based on only a couple of days with it. Now, we have finally tested out the Y7a enough to give our final verdict! 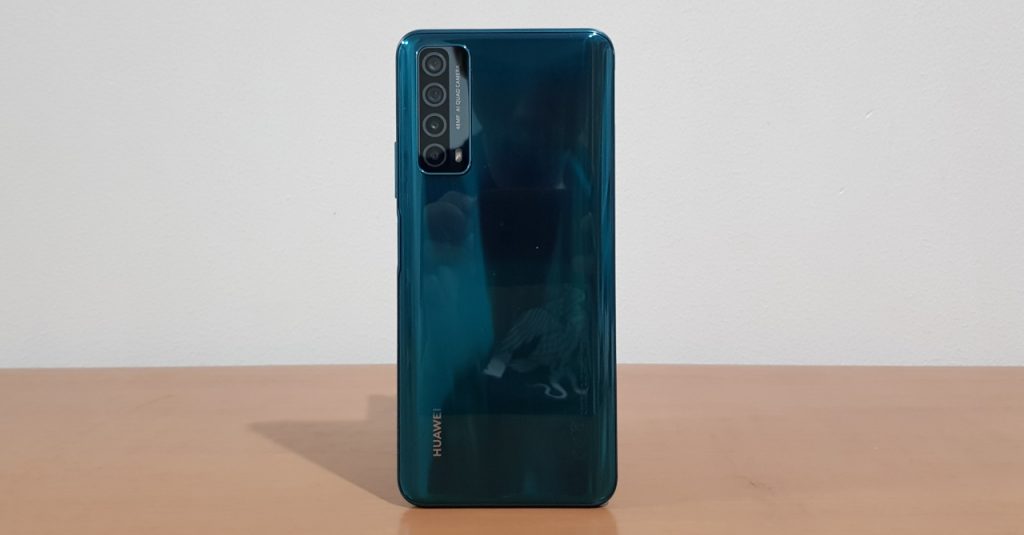 Even with its budget price point, the Huawei Y7a does not look cheap at all thanks to the eye-catching glossy back. From this view, the Y7a looks quite elegant, especially in the Crush Green colorway. And while it’s reminiscent of Huawei’s own Y9 Prime from last year, the Y7a looks much better thanks to the new camera module and sleeker appearance (in my opinion at least). 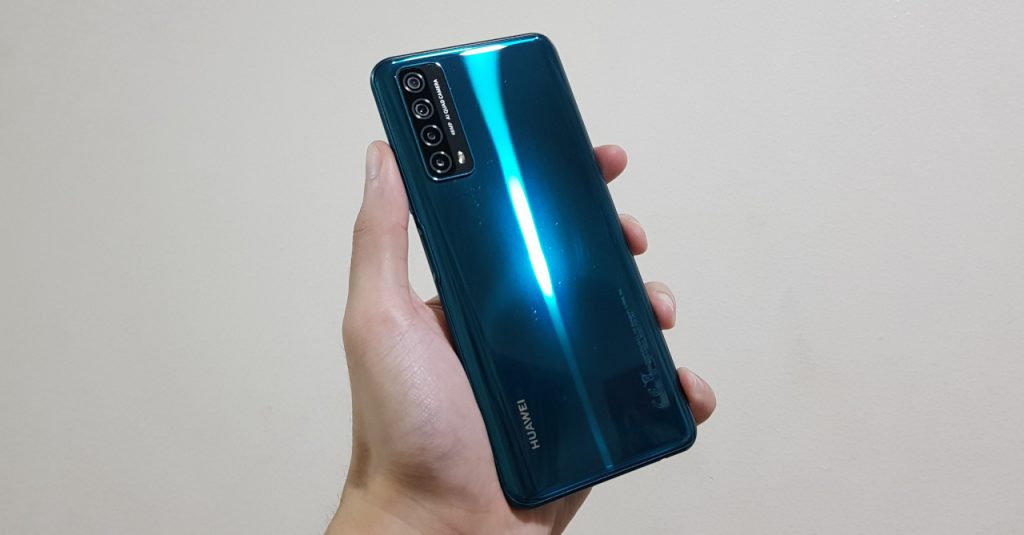 While the previous photo makes the Y7a seem like a low-profile phone, the device is far from subtle, especially when light hits the back. Sure, it may not have a gradient color scheme, but it should still satisfy users who want an good-looking smartphone. 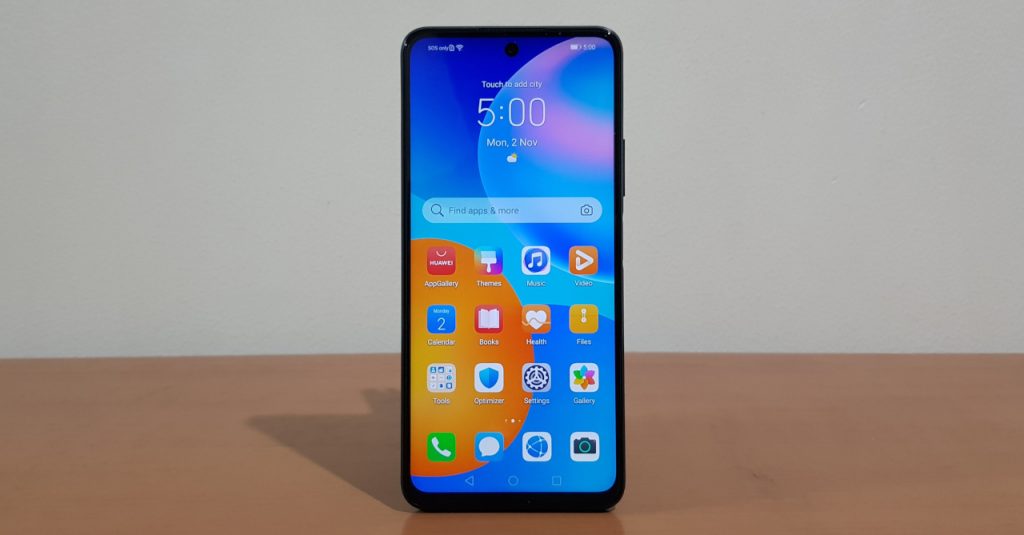 Moving on to the front, we can see the Huawei Y7a’s 6.67-inch display that has slim bezels and a holepunch notch at the top. While I prefer having a notch on the left side instead of right on the middle, the Y7a still looks mostly all-screen, especially for a budget device. 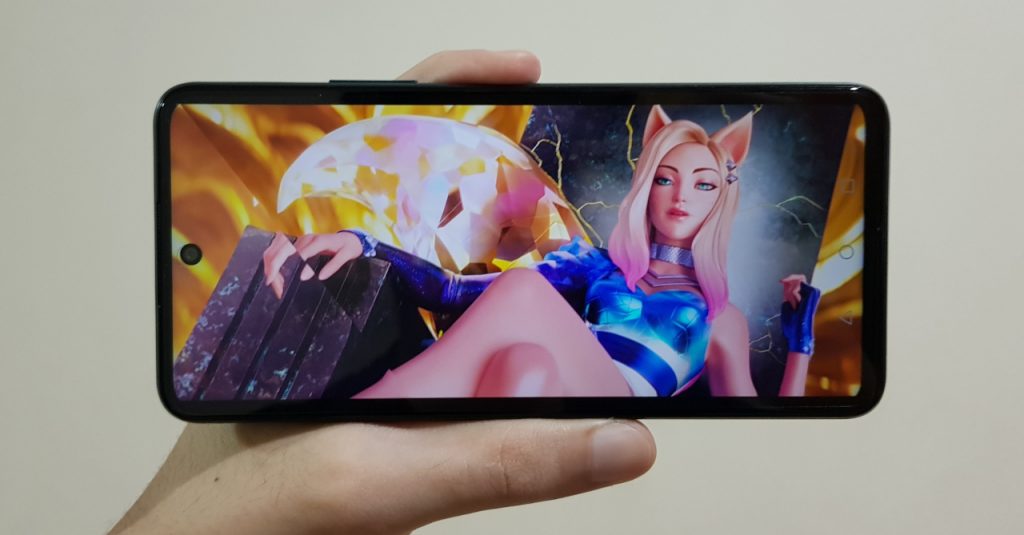 As I mentioned above, the Huawei Y7a packs a 6.67-inch display which is quite big, but what makes it impressive is that it has a Full HD+ (1080 x 2400) resolution; for comparison, other budget devices only have 720p screens. What this means is the Y7a is a great partner for binge-watching movies, TV shows, and more. It also helps that the phone’s screen should be bright enough for most users.

For audio, the Y7a has a single, bottom-firing speaker. While its audio output not be of the best quality, it should work in a pinch if you’re just watching some YouTube videos as it gets decently loud. But for longer binge-watching sessions, headphones or external speakers are recommended. Don’t worry though, the Y7a still has a headphone jack if you use wired headphones or speakers.

So how did it perform? Well, it was actually able to handle today’s popular titles, but not at max settings. 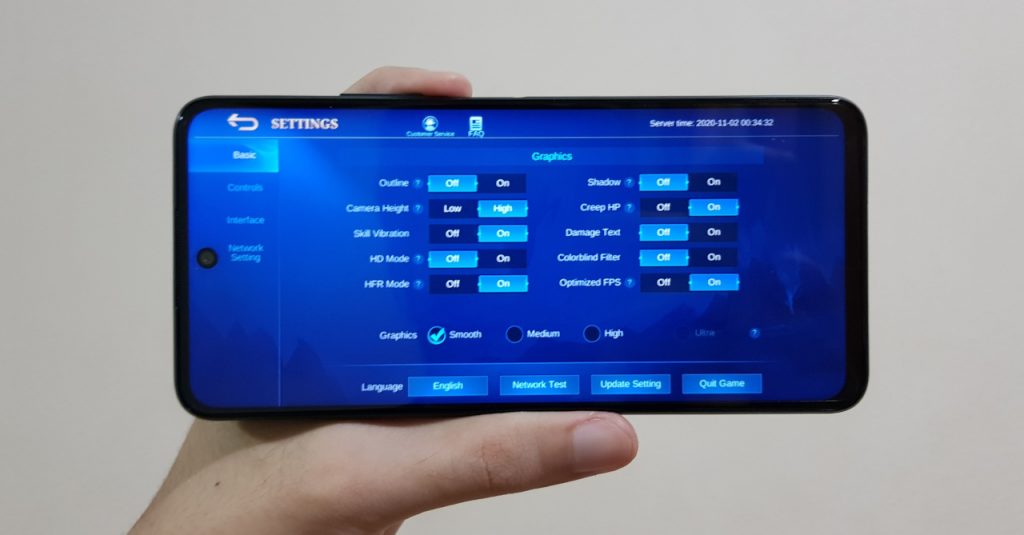 For instance, Mobile Legends: Bang Bang defaulted on the Smooth graphics setting, which is the lowest. Though when I played the game, I found that ML:BB still ran well on the Medium graphics setting. Just don’t expect it to run without some framerate drops at the High setting.

For more hardware intensive games, the Y7a also was able to run them. Asphalt 9 for example, ran fairly smoothly at the default graphic setting. While the Y7a was able to run Asphalt 9, it may struggle when playing the most demanding Android games out right now.

The cameras look great on paper, but do they deliver? In our test, they produced pretty good photos overall!

Thanks to the 48MP main camera, the Huawei Y7a is able to take quality photos in daytime, as well as indoors as long as there’s ample lighting. Photos taken with the 48MP snapper have nice colors, as well as a good amount of detail.

At night though, the 48MP camera struggles a bit when using just Auto Mode, with photos turning out blurry and lacking in sharpness. But with Night Mode, low light photos see a dramatic improvement. Night Mode photos have lots of detail, as well as accurate colors, making this phone an impressive device for budget low-light photography.

Moving on to the 8MP ultra-wide camera, this shooter is able to take wide-angle photos of good quality in daytime. What makes the ultra-wide noteworthy is that it does not have too much distortion at the sides–something that even mid-range smartphones struggle with.

The weakness of the ultra-wide though is low light photography. Currently, the ultra-wide camera cannot be used with the phone’s Night Mode. Because of this, night shots taken with the 8MP camera sorely lack in detail.

The Y7a also features a 2MP macro camera, and it performs just about how you expect it would. This means you can take decent macro shots as long as there’s enough light.

For portrait photos, the Y7a is able to take shots with a fairly accurate bokeh effect thanks to the 2MP depth sensor. Finally, the Y7a is able to capture social media-ready selfies with its 8MP selfie shooter; just make sure there’s a lot of light available. 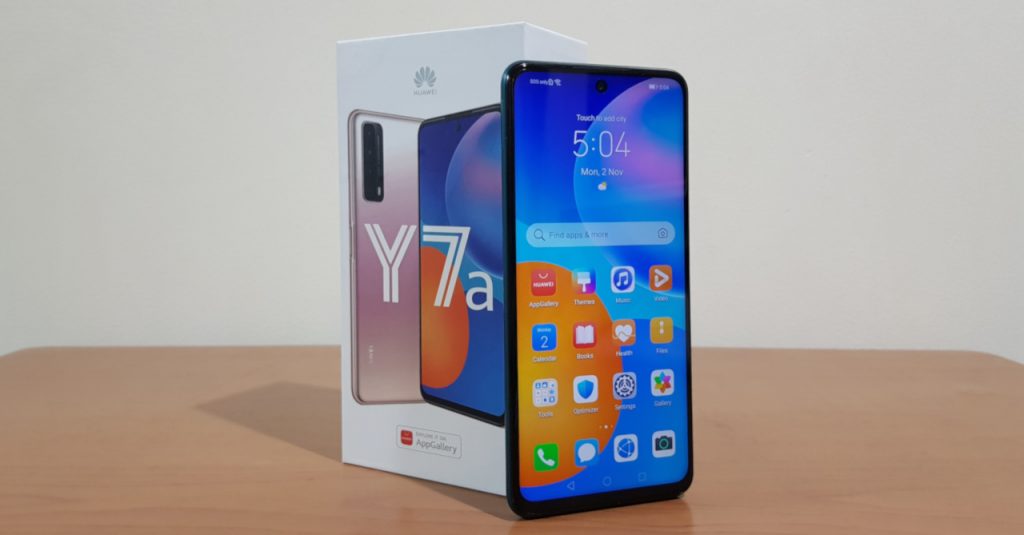 During my time with the phone, the Y7a proved to be a reliable device as it did not slow down one bit, whether I was using it to check emails or social media apps. Also helping make the Y7a a good daily driver is its responsive side-mounted fingerprint sensor, as well as its USB Type-C port (a welcome choice for a budget device).

As always with a new Huawei device, users are able to download apps on the Y7a via the AppGallery. Currently, the AppGallery has a lot of popular apps, including Facebook, Messenger, Instagram, Zoom, and many more. Plus, it even has several popular games such as Garena Free Fire, Asphalt 9, and more.

If you do need to download an app that’s not available on the AppGallery, Huawei has the Petal Search Widget. With this, you can simply type in the app that you need, and the widget will automatically search for an installer for you. You can then install the app easily on the Y7a.

Finally, let’s talk about battery life, the Y7a is a long-lasting phone thanks to its large 5000 mAh battery. With this, the Y7a is able to last for two days of medium use. While each user’s phone habits may vary, the Y7a should still easily last for a day on a single charge, even when in the hands of a heavy user. 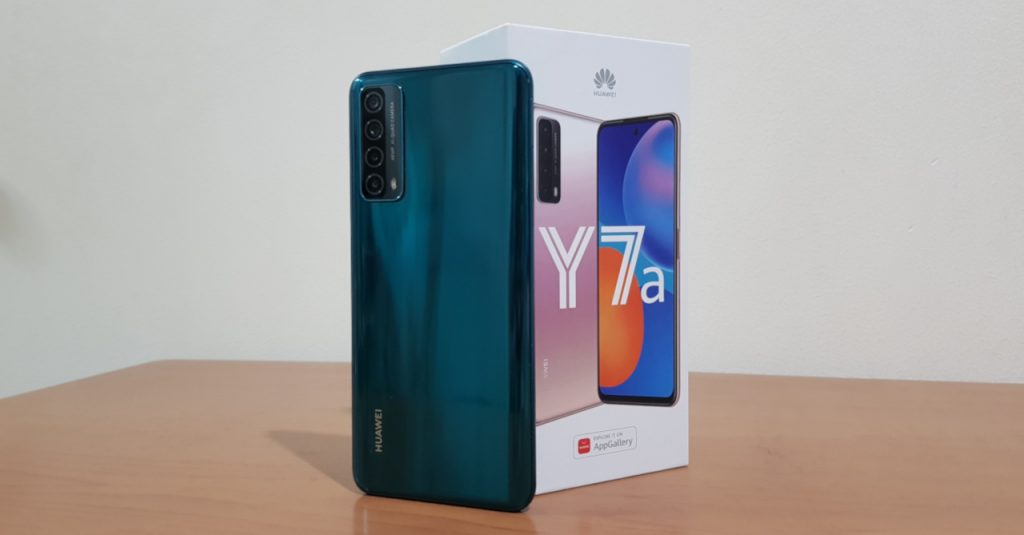 The Huawei Y7a is an excellent budget smartphone thanks to its combination of great cameras, high-quality display, and long-lasting battery. It also helps that the Y7a has good day-to-day and gaming performance, as well as an eye-catching design.

While we would’ve wanted a bit more power for gaming, the Y7a is still a device well worth recommending, especially at its price tag of PHP 8,999.