The film will release in some cinemas located in MGCQ areas. 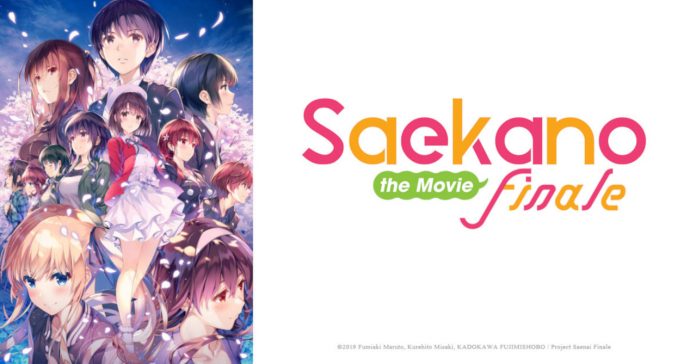 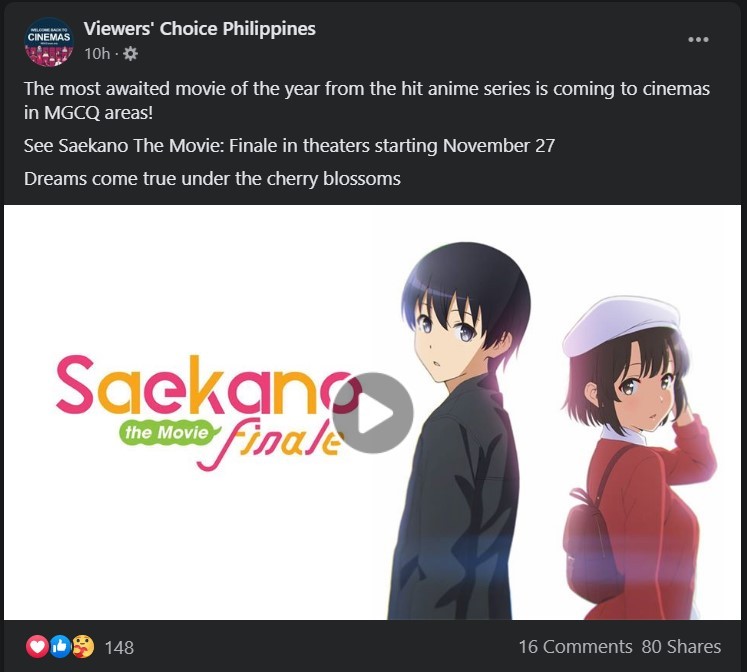 Currently though, there’s no word yet on the full cinema list for Saekano The Movie.

In case you’re unfamiliar, Saekano The Movie: Finale is an anime film that is an adaptation of the eighth to the final volumes of the Saekano light novel series. The film also serves as the final to the Saekano anime series.

The film is described as:

“One spring day, Tomoya Aki hits upon the idea of creating a doujin video game with Megumi Kato, a girl he met under the cherry blossoms, as the main heroine. Tomoya forms a development team called blessing software with Eriri Spencer Sawamura, an art club member and doujin illustrator, and Utaha Kasumigaoka, an honors student and successful light novelist. After various setbacks, the team finally announces its first work…

Later, Eriri and Utaha leave the group to join popular creator Akane Kosaka in developing a major game called Fields Chronicle. Tomoya, the face of blessing software, continues the group’s activities with Megumi as his deputy. Together they begin developing a new work. Younger student Izumi Hashima is tapped as the illustrator, while her older brother, Iori, is approached to be the game’s producer. Along with Michiru Hyodo and her band icy tail., Tomoya and Megumi proceed with the development of their new game, but trouble is brewing…

What will become of Eriri and Utaha’s major work? Will the relationship between Tomoya and Megumi change? And what will be the ultimate fate of blessing software’s new game?“