Check out these Filipino references in Cyberpunk 2077

From Kabayan Foods to an isaw vendor! 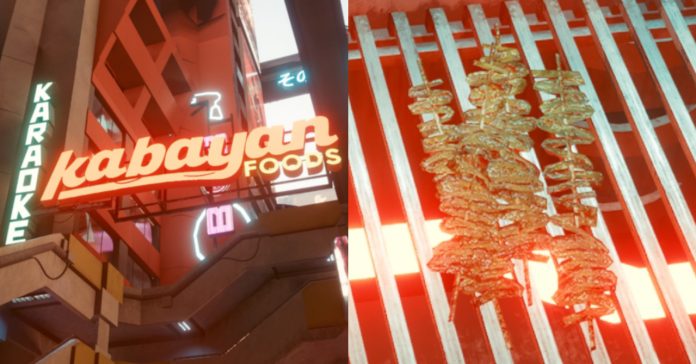 To create Cyberpunk 2077, CD Projekt RED tapped several Filipino studios, including Secret 6, Pixel Mafia, and Synergy 88. Given that Pinoy developers helped bring Night City to life, it should come as no surprise that Cyberpunk 2077 features several Filipino references that are peppered throughout the game world.

In case you have yet to play the game, or haven’t seen them yet in-game, here’s a quick rundown of the Filipino references that we spotted in Night City: 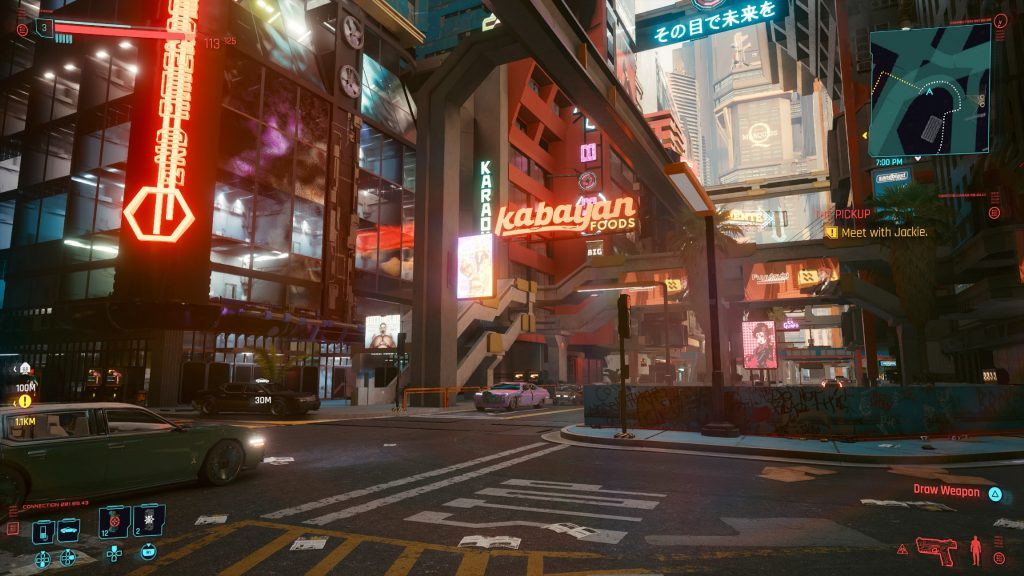 First shown back in 2018 in the game’s 48-minute walkthrough, Kabayan Foods is a sight that will definitely catch the eyes of Pinoy players. In fact, the big Kabayan Foods sign can be spotted just outside of V’s apartment building in Little China, a place that players will see very early into the game. This is just an advertisement though, as a real Kabayan Foods outlet is located just a short walk away. 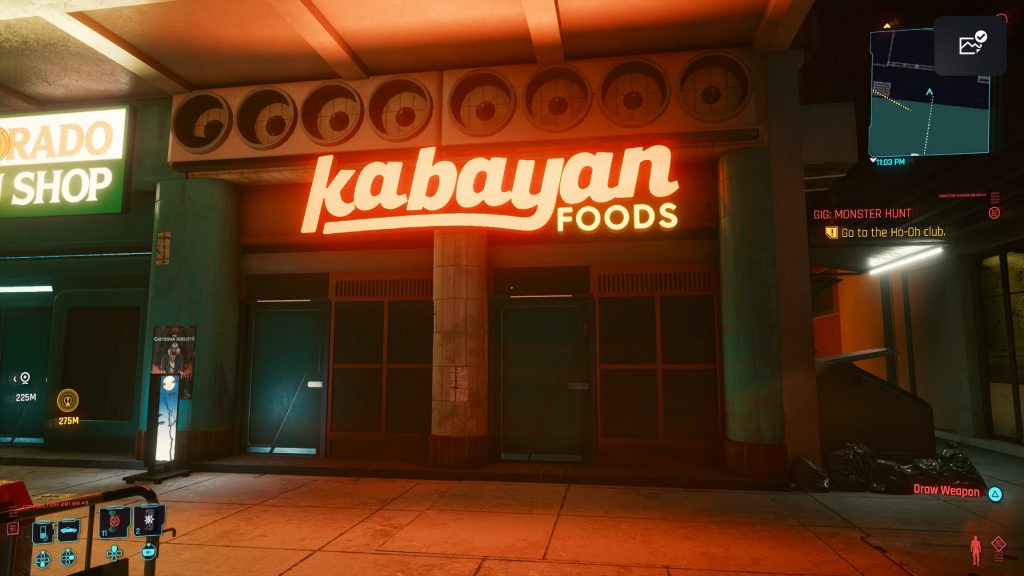 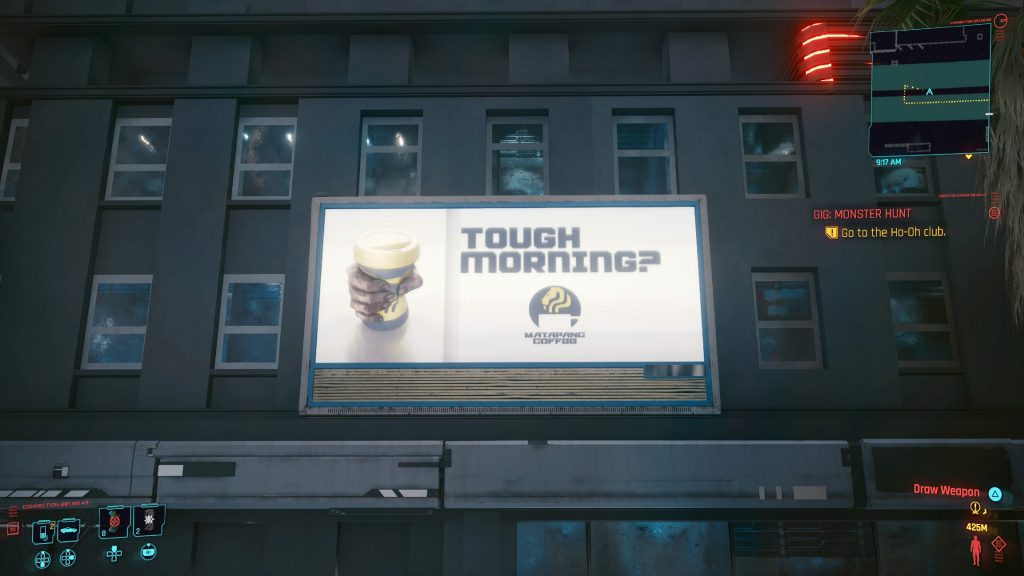 Near the Kabayan Foods sign in front of V’s apartment, players can spot a billboard that advertises Matapang Coffee—matapang being the Filipino word for brave. Eagle-eyed players will also spot more ads for Matapang Coffee in Night City aside from this one. 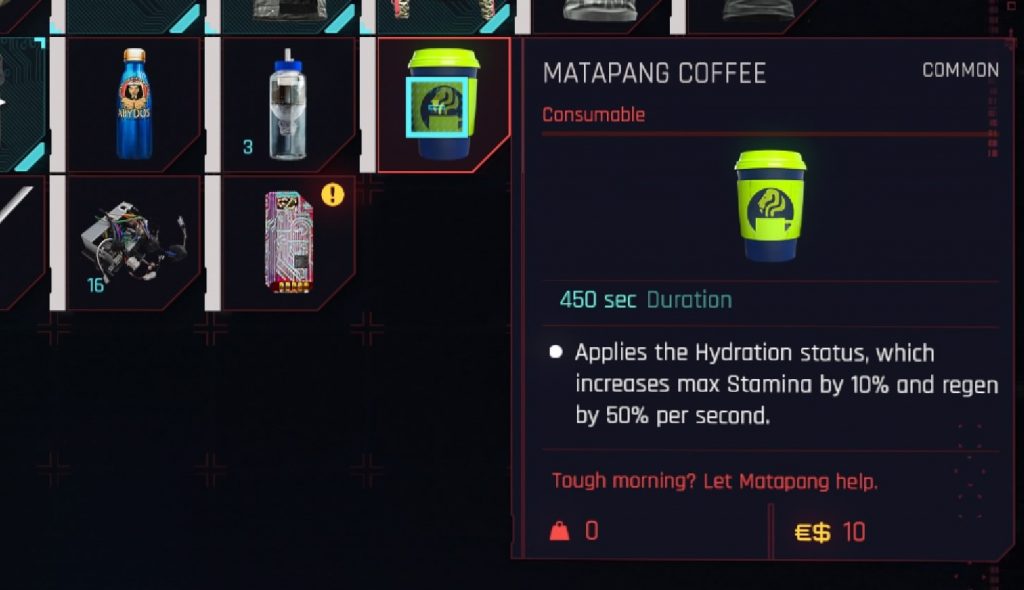 Aside from ads, there are even Matapang Coffee consumable items in the game which V can drink to increase max Stamina and regen. 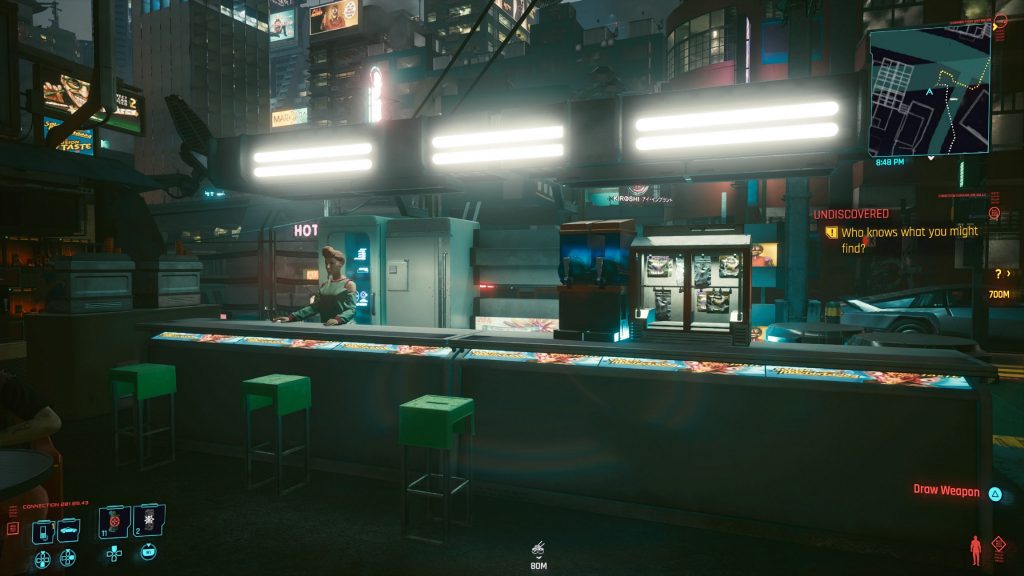 Throughout Night City, players will come across various food stalls, all serving different types of food from all over the world. Some stalls, such as this one in Kabuki, feature what seems to be isaw! 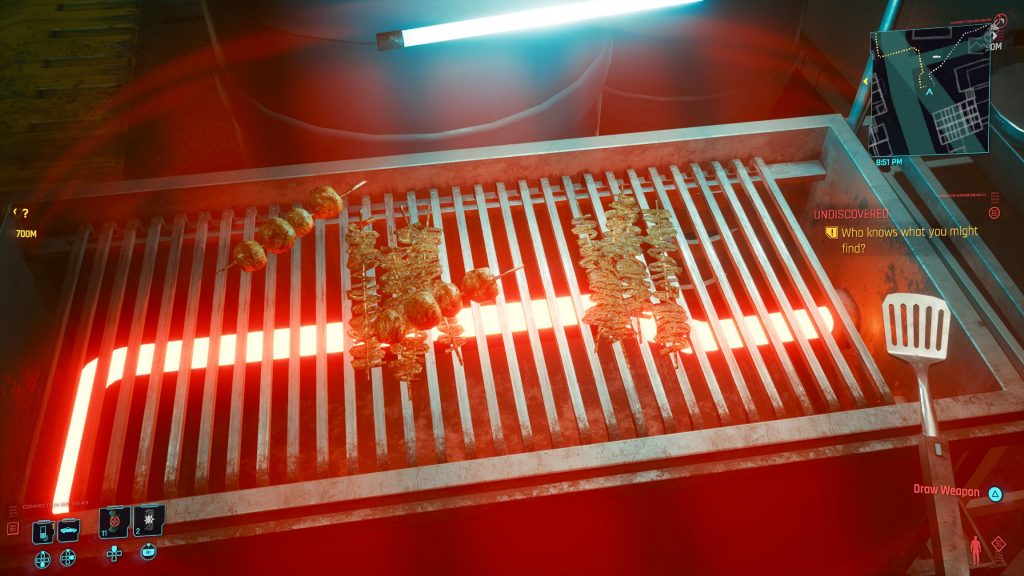 While players won’t be able to order a stick (or more) of isaw in the game, it’s great to see a beloved Filipino snack food in the game.

In case you’re unfamiliar, isaw is a popular snack in the Philippines that’s made of barbecued chicken intestines.

In the game, you’ll come across various gangs, including the Japanese Tyger Claws. While in a skirmish against some Tyger Claws gangsters, we were surprised to hear one of them scream “P***NG INA” at the top of his lungs!

Check out the clip here:

While this might mean that the Tyger Claws have Filipino members, this could also just be a bug. Whatever the case, it’s definitely a funny moment! 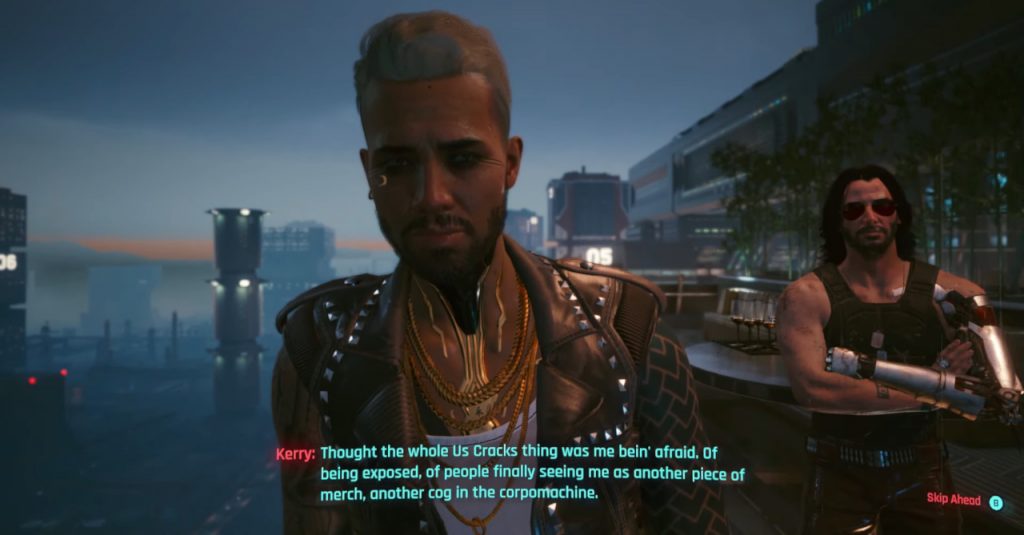 Right now, these are the Filipino references that we’ve spotted in Cyberpunk 2077. Given how large the game is though, there might even be more Pinoy references to see. So we’ll update this article if we see more!