The game on PS4 and Xbox One gets a major visual boost. 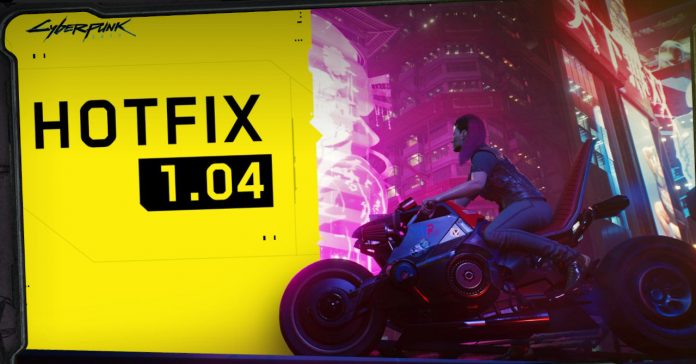 While Cyberpunk 2077 looks incredible on high-end PCs, the game does suffer from numerous bugs and glitches. Along with this, Cyberpunk 2077 on the base PS4 and Xbox One does not look good, both in terms of performance and graphics.

Recently though, CD Projekt RED released Patch 1.04, and it brings a range of bug fixes and graphical improvements. There’s even a fix that “modifies the flashing effect on Braindances to reduce the risk of inducing epileptic symptoms.” As it brings a lot of improvements, the patch is quite large at around 17GB.

Thanks to this patch, the game’s graphics on base consoles have improved as it now looks sharper overall. Here’s a quick comparison of the game’ Patch 1.02 vs Patch 1.04 on the base PS4 (make sure to zoom in to see the difference):

While the visuals of the game on base consoles have improved, some players are still reporting that the game still runs a bit choppy, plus there are reportedly bugs and crashes still.

The new Cyberpunk 2077 patch is now live, and it includes the following changes and fixes: