Does the PS5 version of Cyberpunk 2077 look and run well? 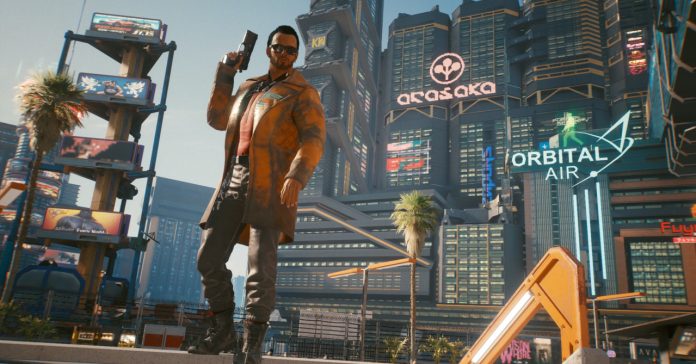 Cyberpunk 2077 is a great looking game on mid to high-end gaming PCs, though the same can’t be said for the game’s base PS4 and Xbox One versions. On the lower end last-gen consoles, Cyberpunk 2077 does not look good, not to mention that the performance issues where FPS drop to 20 or lower.

Given that the game struggles to run on the base PS4 and Xbox One, how does Cyberpunk 2077 perform well on next-gen consoles? Sure, the true next-gen versions of the game are not out yet, but the game’s PS4/Xbox versions are playable on the PS5 and Series X|S thanks to backwards compatibility.

While we have yet to try out the game on Series X, we were able to play Cyberpunk 2077 on the PS5. And the results are, well… there’s some good and some not so good.

For starters, Cyberpunk 2077 runs at a dynamic resolution which maxes at 1188p (according to Digital Foundry’s tests). This means the PS5 version should look fairly similar or a bit better than the PS4 Pro version, but it is dramatically sharper when compared to the base PS4. 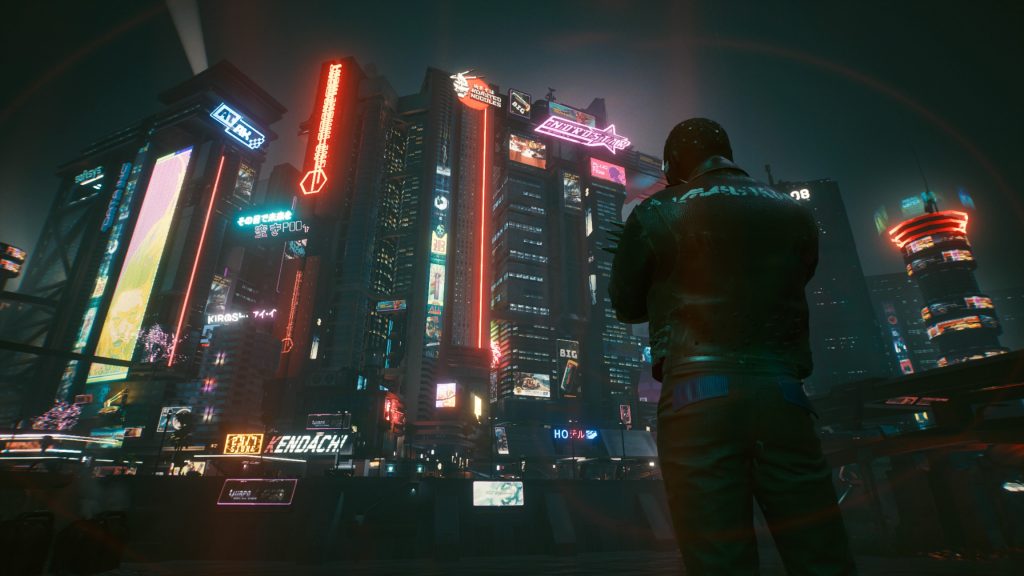 In our gameplay, we found that Cyberpunk 2077 on the PS5 look pretty good overall, that is when you play it on a 1080p TV or monitor. On a 4K display, the game looks a bit blurry due to its fairly low rendering resolution. 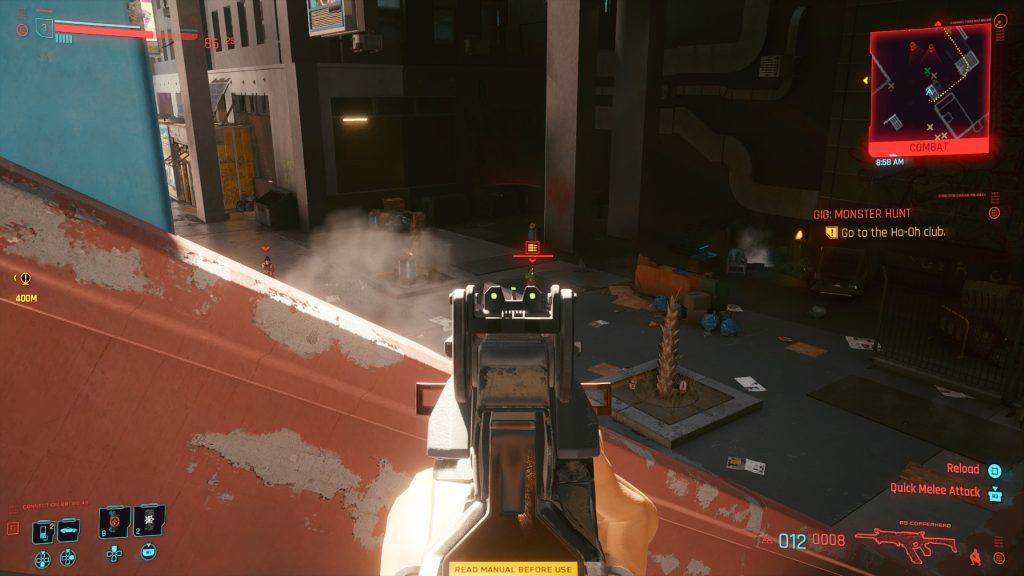 On the flip side, the game does run smoothly on the PS5. Specifically, Cyberpunk 2077 runs at a stable 60FPS in most situations. In our time with the game, we didn’t encounter big framerate drops, even in intense firefights. 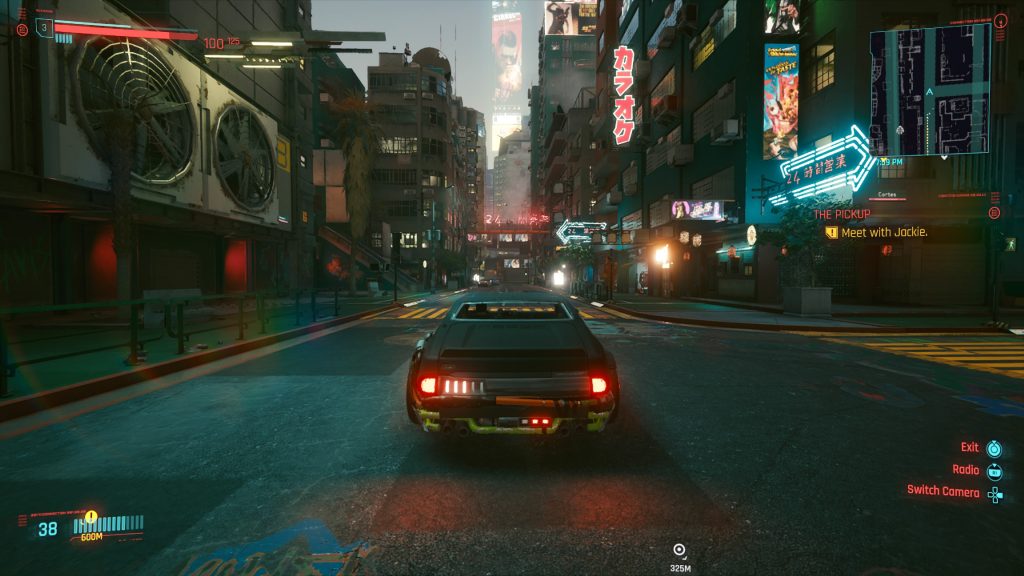 There is an exception though, and that is while driving. When exploring Night City by car, there are dips in framerate. Thankfully, they aren’t too noticeable, especially as they are not dramatic drops.

While there are reports of players experiencing crashes on the PS5, in our time with the game, we only experienced one crash. Though take note that most of our gameplay test was on Patch 1.04, the latest update that was recently released. There were still a number of bugs though, but nothing gamebreaking. 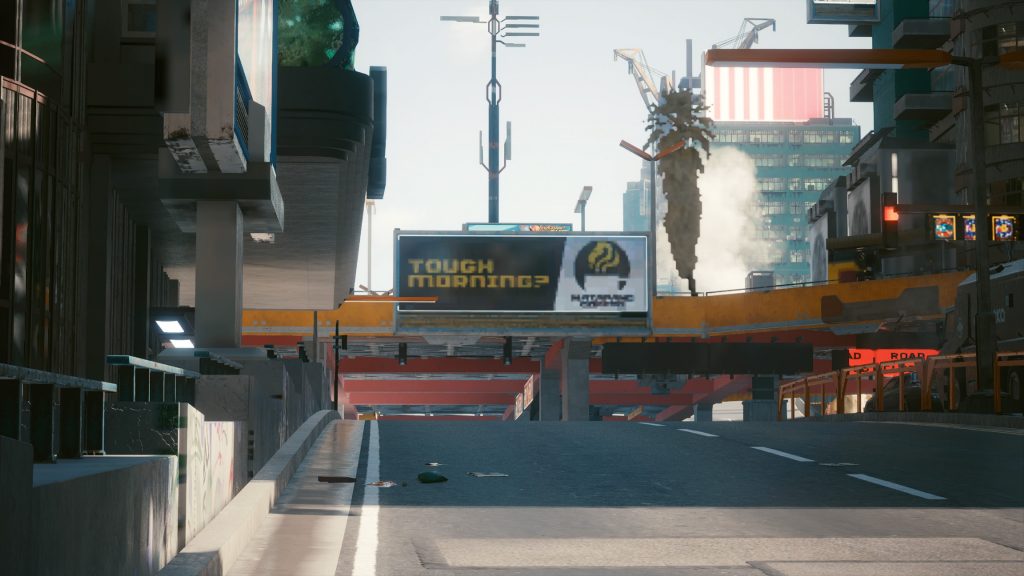 While performance is great for the most part, there are some noticeable issues. For one, there are numerous low-resolution textures in the game which can stick out like a sore thumb while playing. Sure, these don’t really hamper the gameplay experience, but it can take some of the immersion away, especially when juxtaposed with objects that are of much higher quality.

Another issue is that the game on PS5 feels rather empty. Unlike in promotional materials, there aren’t a lot of NPCs roaming around Night City. This definitely makes the game feel less immersive as Night City is supposed to be this bustling metropolis (more on this in the PS5 vs PC comparison below).

The bigger win for the PS5 version is in performance. As mentioned above, the game on PS5 runs at a stable 60FPS (except when driving). For comparison, Cyberpunk 2077 on the base PS4 struggles to hit a stable 30FPS, with dips to the low 20s (which is barely playable).

Finally, the PS5 has a major load time advantage over the PS4 version. Cyberpunk 2077 loads fast on PS5, though it takes some time on the base PS4.

While not perfect, the PS5 version of Cyberpunk 2077 is a clear upgrade over the PS4 version. Though when compared to the PC version, it does not hold a candle, especially if the game is running on a mid to high-end rig.

For starters, on a fairly powerful PC (ours has an Intel Core i7 10th gen and an RTX 2070S), Cyberpunk 2077 just flat out looks better thanks to ray-traced lighting, as well as higher-resolution textures.

As with most PC titles, Cyberpunk on PC is also much better as it allows users to fine tune the graphics setting to their liking. This is unlike the PS5 version which only allows users to turn on/off a limited amount of settings. Plus, the PS5 version does not have Quality and Performance mode options — a feature that can be found in the Xbox Series X version of the game.

Another big advantage of Cyberpunk on PC is NPC density. While interactivity with NPCs is still fairly limited, the fact that the game on PC has way more NPCs makes for a city that feels more “alive.” For comparison, the PS5 only has a handful of NPCs in view when exploring, making it seem like Night City isn’t this densely packed metropolis.

Aside from NPCs, there are also fewer vehicles roaming around the streets on the PS5 version of the game, especially when compared to the PC version. Again, this makes Night City feel quite empty. 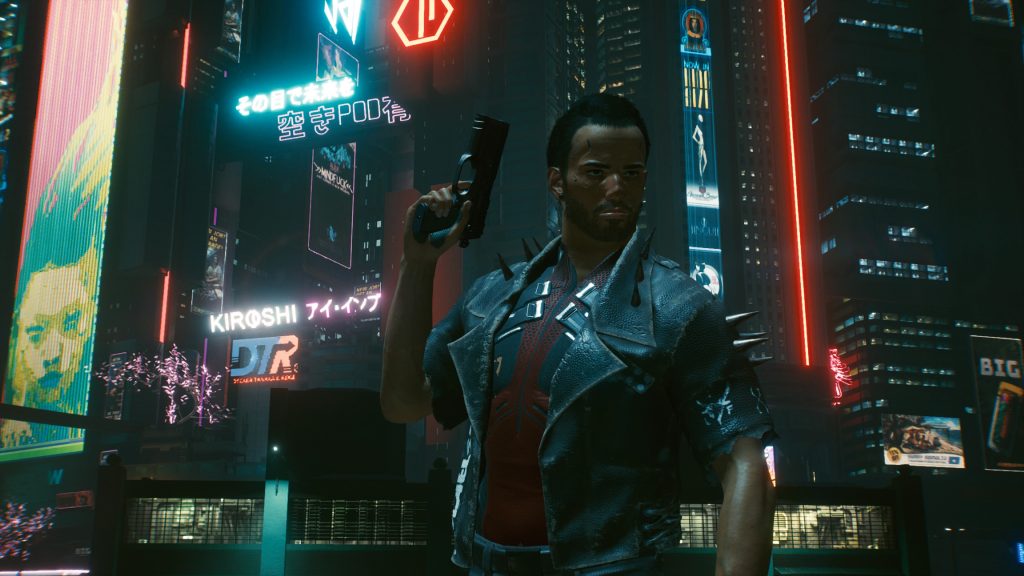 Overall, Cyberpunk 2077 on the PS5 is definitely playable, with performance being stable even in combat. The game also looks a lot better compared to playing Cyberpunk 2077 on the base PS4, though it is still lacking in sharpness when played on a 4K TV. And while there are still a number of bugs on this version, we did not experience any gamebreaking issues in our playtest (on Patch 1.04 that is).

While Cyberpunk on PS5 is way better than the PS4 version, it does not stack up when compared to the PC version. Aside from looking much better when played on mid to high-end PC hardware, Cyberpunk on PC has the advantage when it comes to immersion as the PS5 version has much fewer NPCs and cars roaming around Night City.

While the If you want an even better experience on the PS5, you may want to wait for the true next-gen version which releases sometime in 2021. This upcoming version will be free for PS4 owners of the game, and it promises to take full advantage of next-gen hardware. Hopefully the next-gen will bring better graphics, performance, and NPC density, all while fixing the game’s numerous bugs.