Purchase on December 4 to December 6 and get a Ring Light case worth PHP 3,999! 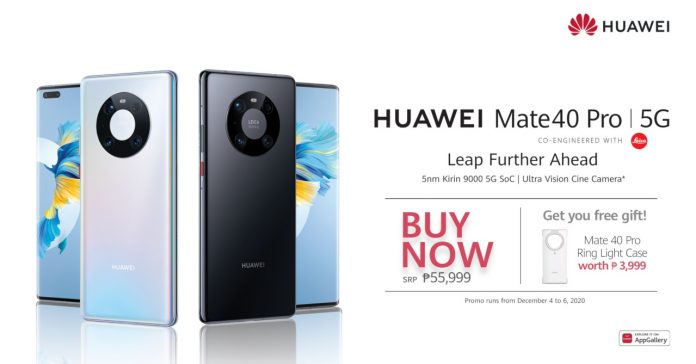 Following the global launch of the new Huawei flagship line back in October, Huawei has just announced that it will launch the Mate 40 Pro and the Mate 40 Pro+ in the Philippines on December 4, 2020.

While some phones release a week or more after their launch event, the Mate 40 Pro will  be available starting December 4. And as a special bonus, each purchase of the Mate 40 Pro from December 4 to December 6 will come with a free Ring Light Case worth PHP 3,999. 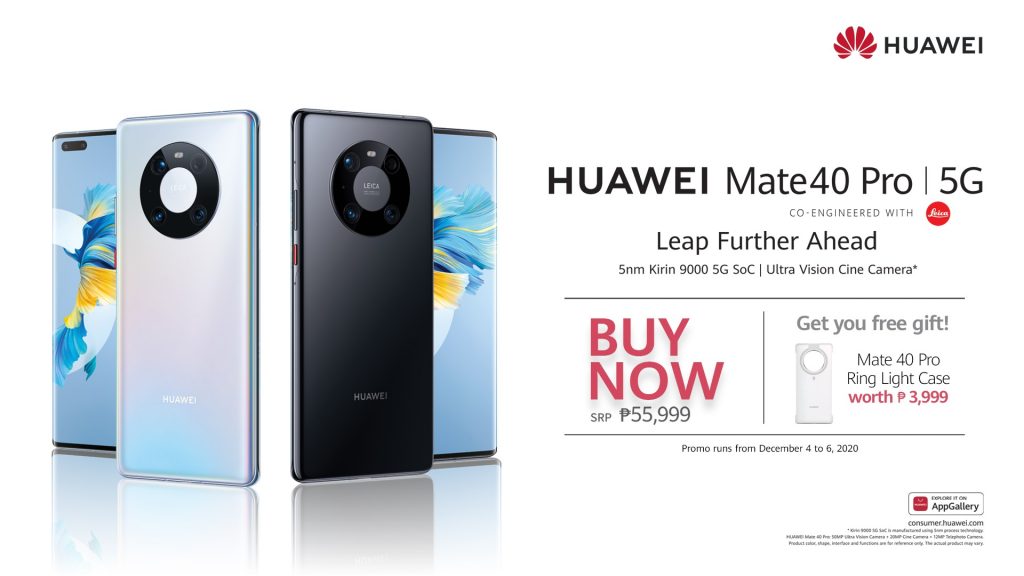 The Mate 40 series is Huawei’s newest flagship line, and it is headed by the Mate 40 Pro and Mate 40 Pro+. Both phones pack 6.78-inch 1344p Flex OLED screens with a 90Hz refresh rate as well as an 88-degree curvature. The two pro models also come with the new Kirin 9000 chipset that features 5G capabilities. Both devices also feature a 13MP + 3D ToF sensor front camera setup.

For more info on the Mate 40 series, visit: http://consumer.huawei.com.