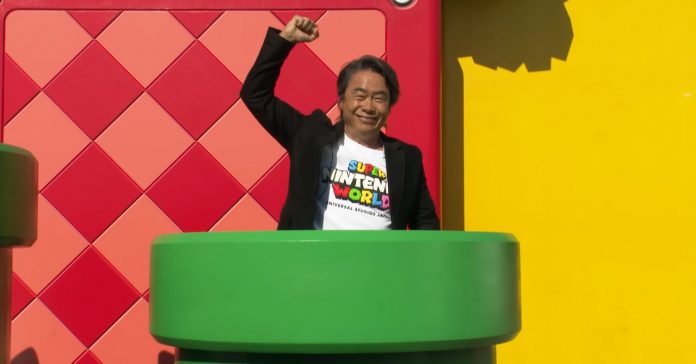 The newest Nintendo Direct is a bit unusual. Instead of showcasing an upcoming game, the Direct gave us a sneak peek into Super Nintendo World, the soon-to-open theme park area in Universal Studios Japan. Giving the tour of Super Nintendo World is none other than Super Mario series creator, Shigeru Miyamoto!

In case you missed it, check out the full Nintendo Direct featuring Shigeru Miyamoto here:

As seen in the Direct, Super Nintendo World will feature lots of activities and sights that Mario fans will definitely love. Though the highlight of the area is no doubt the real-life Mario Kart ride.

Other highlight attractions of the park include Yoshi’s Adventure, a kid-friendly ride; as well as the Power-Up Band Key Challenge where guests must collect three keys to face off against Bowser Jr. himself in a boss battle.

Super Nintendo World will have its grand opening on February 4, 2021. The park is located within Universal Studios Japan in Osaka.