Attack on Titan manga series is ending this April

It's been quite a run. 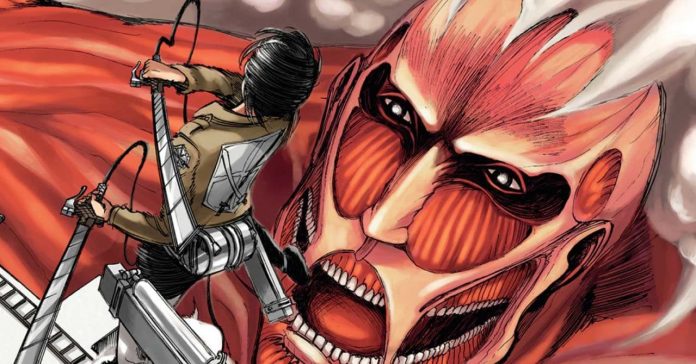 Japanese publisher Kodansha recently announced that the Attack on Titan manga series is coming to a close on April 9, 2020 after over 11 years of serialization in Bessatsu Shōnen Magazine. While the last chapter of Attack on Titan will release this April, the final volume of the manga series (volume 34) will ship starting June 9, 2020.

In case you’re unfamiliar, Attack on Titan is a manga series by Hajime Isayama which was first released in Bessatsu Shōnen Magazine back in September 2009. The series’ premise is described as:

“A century ago, the grotesque giants known as Titans appeared and consumed all but a few thousand humans. The survivors took refuge behind giant walls. Today, the threat of the Titans is a distant memory, and a boy named Eren yearns to explore the world beyond Wall Maria. But what began as a childish dream will become an all-too-real nightmare when the Titans return and humanity is once again on the brink of extinction…”

The end of the Attack on Titan manga series coincides with the final season of the anime series adaptation which is also set to end this year.

- Advertisement -
Previous articleSony ends PS4 production in Japan, except for the PS4 Slim 500GB model
Next articleNew Monster Hunter Rise details to be revealed on January 7 in an upcoming stream