A must have for every Switch owner. 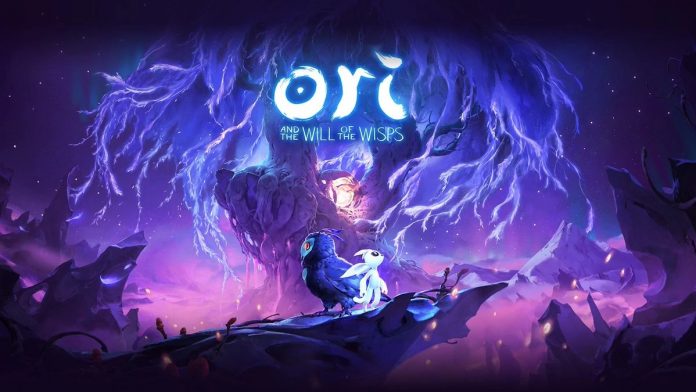 The Nintendo eShop perhaps has one the biggest library of Metroidvania games developed by indie studios. A lot of those games use this retro style that’s still very much popular today, and one of these titles is Ori and the Blind Forest developed by Moon Studios. Released as an Xbox One/Microsoft exclusive, the game eventually received a Nintendo Switch port that was then released a few months ago. Players were introduced to a soothing yet eerie forest as they ventured around and met its inhabitants as a small guardian spirit Ori. Given the praise given to the game’s original release, I can just imagine that Switch users are very much delighted Will of the Wisps has now released on the said platform.

With Switch users waiting a bit before being able to play the game, does Ori and the Will of the Wisps deliver on Nintendo’s hybrid platform? Here’s our review!

**Just a word, I’ll refer Ori as a she, though in actuality, Ori is a spirit meaning “it” is genderless. Though of course, this fact is open to interpretations.

A story for all seasons 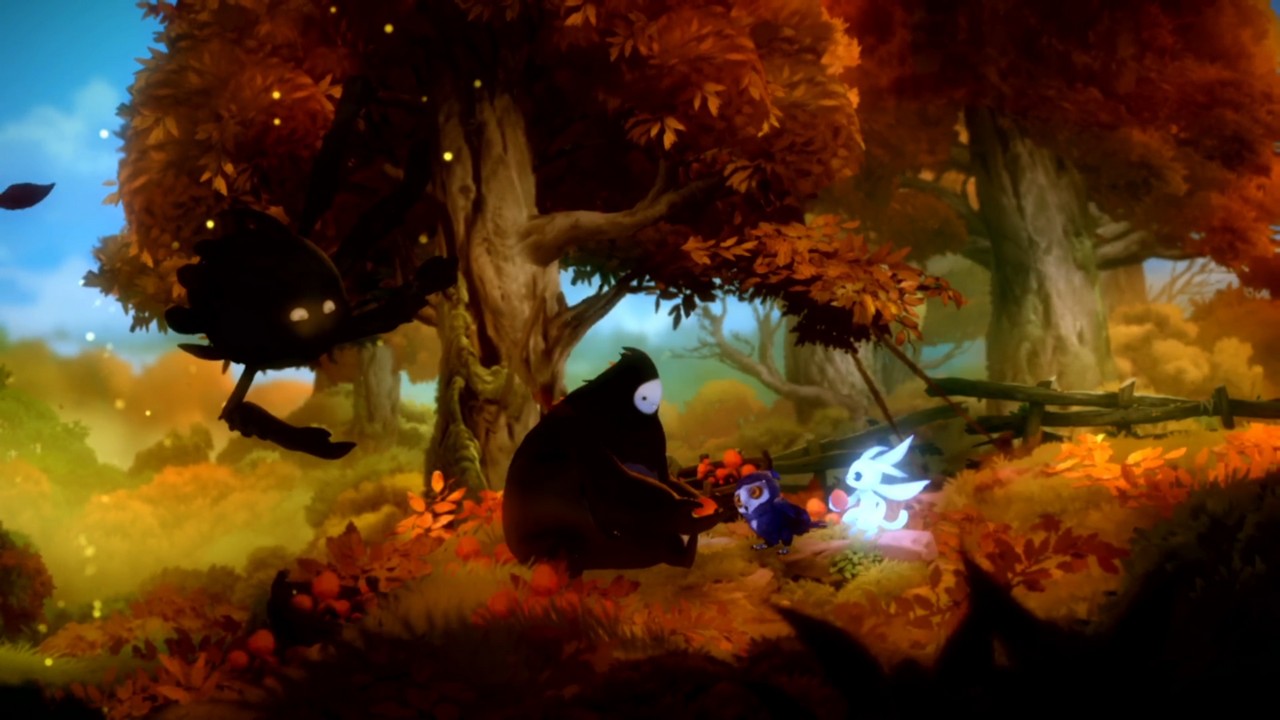 Ori and the Will of the Wisps is a direct sequel to the first game, picking up where the first game left off. Ori and her adopted family enjoys a peaceful life while taking care of the owl hatchling named Ku. The story is first presented in a heartwarming cut-scene that I just gotta say makes for a charming first impression, making you feel fondness for the characters already. 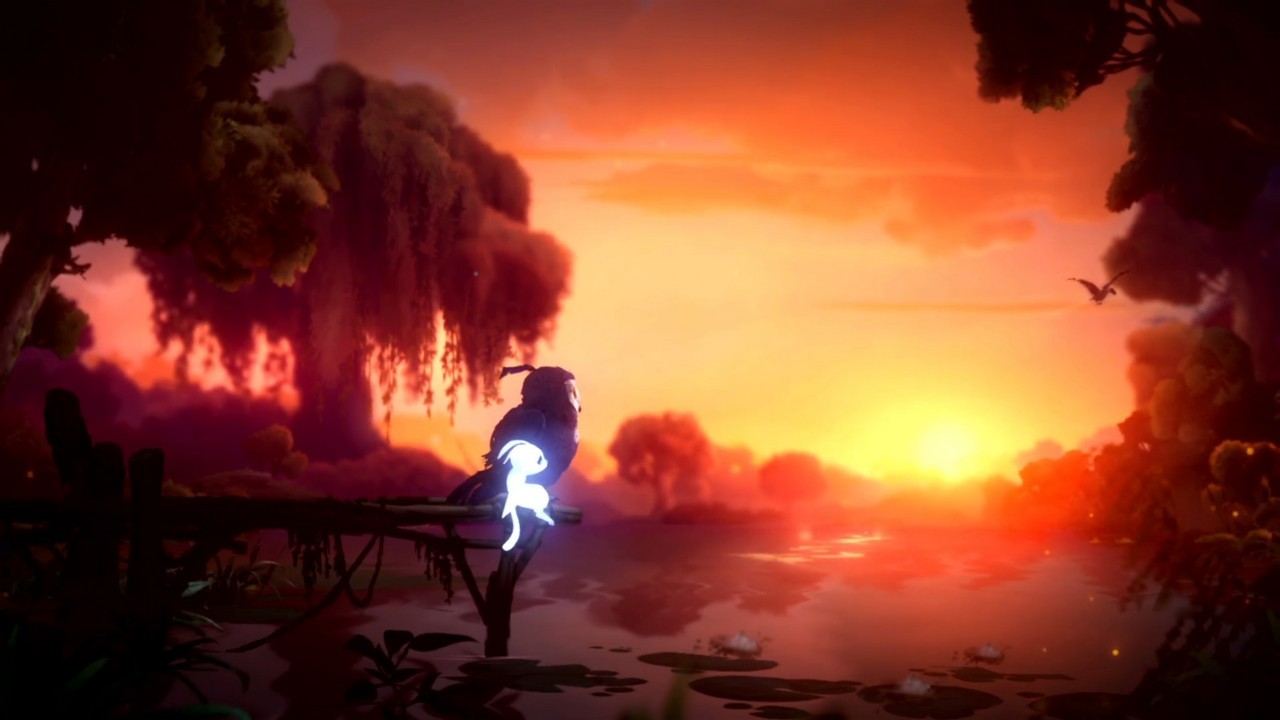 Storytelling via artistic and well-made cutscenes is not new, but when done right, it is just a wonderful experience. In fact, the scenes immediately left an emotional impact on me as soon as Ori and Ku got separated when they were practicing flying. After the scene, all I could think of was “I want my birdie back.” Because of this, I was definitely engaged as Ori started to make her way to a new forest where she encounters folks both friendly and hostile. But it seems that this forest needs the help of a guardian spirit even more. 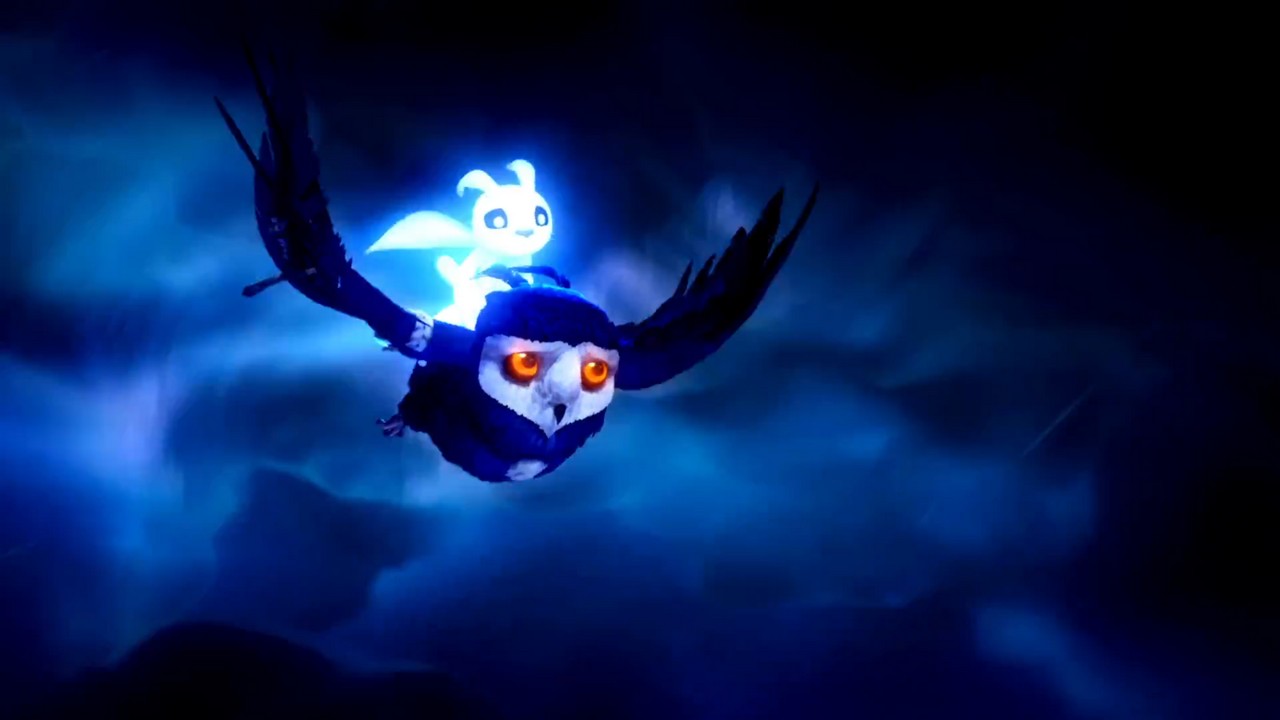 Just like what I mentioned above, the story is told by short cut-scenes, with some being narrated by the gentle guardian Kwolok. Kwolok’s voice really reminds me of Dormin from Shadow of Colossus. Anyway, these cutscenes are really well thought out and straight forward enough for you to become easily invested in the story. It also helps that the art style and atmosphere is reminiscent of the likes of Princess Mononoke which gives you this mystical feel that’s a natural fit for the story. 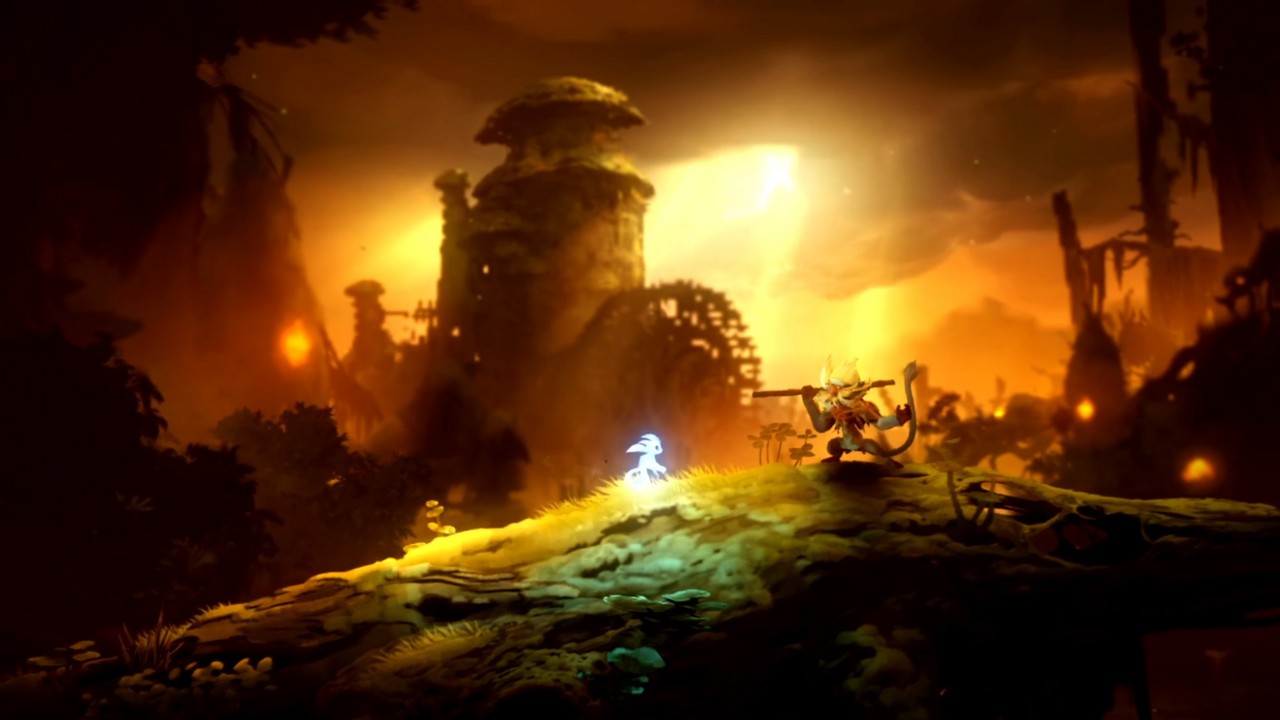 Aside from the Princess Mononoke vibe I got from the game, Will of the Wisps also reminded me of Limbo at some points given how eerie some places in the game are. Though Ori and the Will of Wisps managed to balance the light and dark of its world quite well, making those who play it likely to get enticed to search the whole forest for collectibles just to take in the world.

Although from a graphical standpoint, the Nintendo Switch port is a downgrade. This should come as no surprise considering that many games do have to optimize and make a few sacrifices when they fly over to the Nintendo Switch. Regardless, I never experienced any framerate drops from my run, but there is a long loading screen every time the game boots up. So it can be an issue especially nowadays as loading times is a big talk for the next gen. Overall though, the loading and slight downgrade are just minor things that are not enough to sully the experience.

Because the art and music just melds together completing a soothing and mysterious atmosphere all through out the playthrough.

Glow in the Dark

The gameplay is your typical Metroidvania style gameplay where Ori must explore a interconnected forest. This exploration involves a lot of backtracking as some areas cannot be accessed at first visit. But finding the necessary power up will grant you access to these lock areas. Looking at every nock and cranny of the forest will also yield rewards.

Speaking of rewards, friendly NPCs does not only sell Ori stuff; now, Will of the Wisps has tons of side quest for Ori to finish. At first, it can be quite unnerving as these quests tend to send you out to far away areas. But the majority of these side quest are worth all the trouble considering the rewards that you can get. Plus the unique NPCs you’ll meet have their own personalities, making the side quests even more compelling to do. 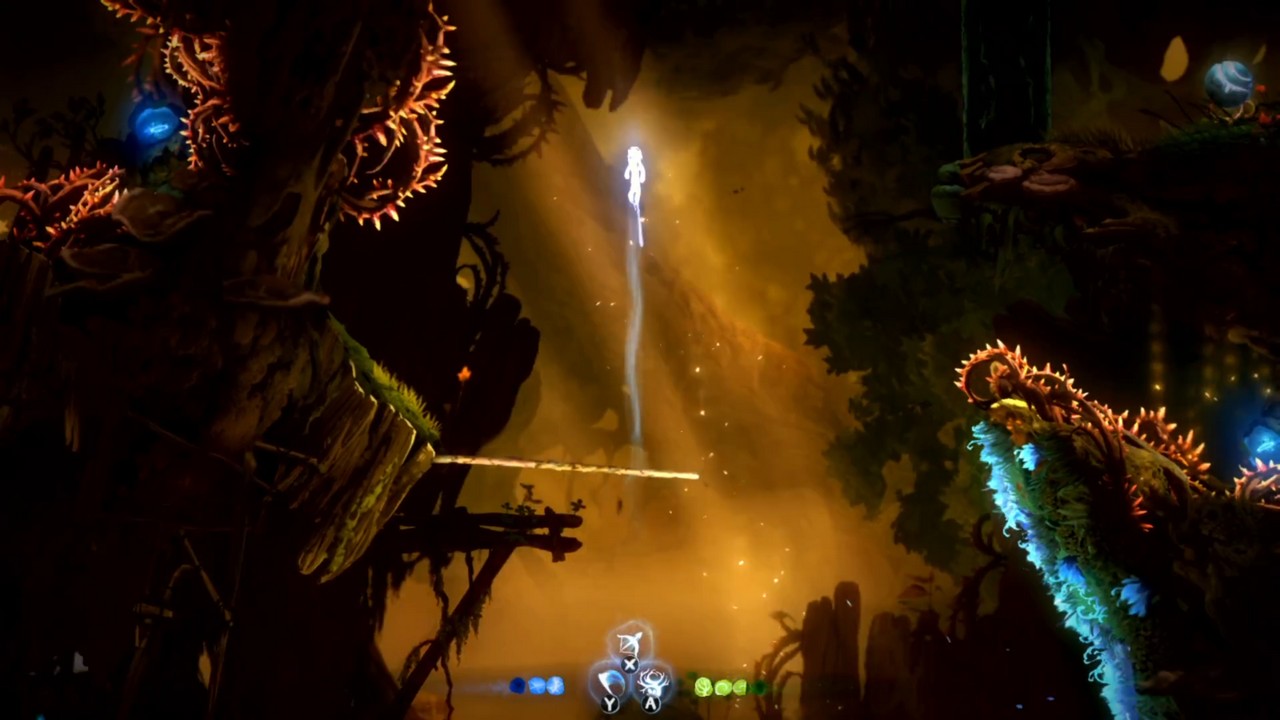 Of course, exploration is perhaps the core of the Metroidvania, but it won’t be complete without the combat. Ori now has access to a lot of different kinds of weapons and abilities that can be all bought or found within the forest; from the light sword, hammer, and even a bow. These weapons have their own unique characteristics that not only will suit certain situations, but can also help Ori solve puzzles that will test her in this journey.

The combat is really fast paced and there is a bit of a learning curve that players must learn to master. But it’s never unfair in terms difficulty, except for the fact that a lot of times a leaf tends to blocks my view in the lower levels of the forest. Still, once you get used to the fast-paced combat and customized Ori that suits their playstyle, you can pull off flashy moves; provided that frustration won’t get the best out of you. 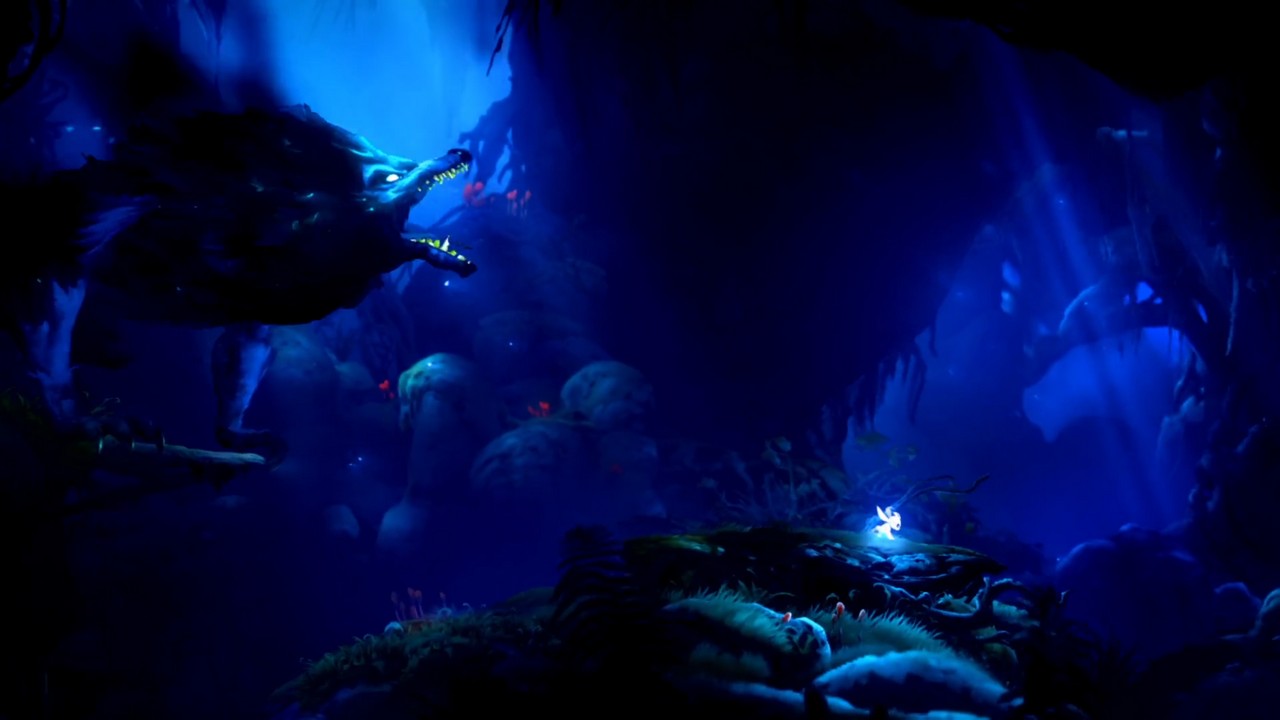 Ori and the Will of the Wisps is not only offers a heartwarming and enjoyable mystical experience. The fun and fast-paced combat and customization that lets the players play according on their preference impresses, as it is never boring and has enough challenge while never being unfair. Perhaps the only real issue that the Switch port has is its graphical downgrade, watering down the wonderful characters and world. While the long loading screen can slow people down when they’re rearing to play, but no one can deny the luxury you can have playing in handheld mode. So overall, Ori and the Will of the Wisps is a must-play for Switch owners, especially fans of Metroidvania titles.