It goes exactly as you expected it to. 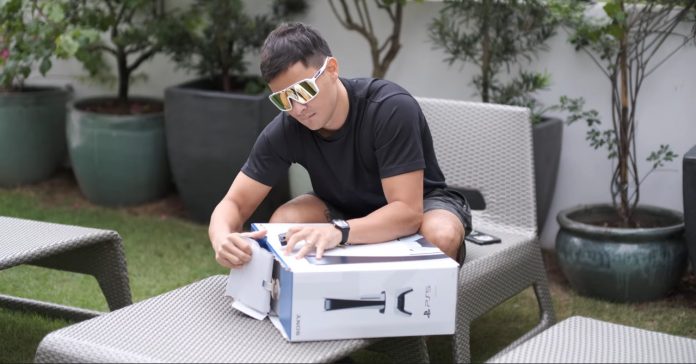 After gaining infamy and the ire of Pinoy gamers a few months ago for his PS4 Pro unboxing, Matteo Guidicelli is back at it with another unboxing. This time, Matteo is unboxing a PlayStation 5, Sony’s latest console that is still practically sold out worldwide.

So, how did Matteo handle his new PlayStation unboxing? Well, you should watch it to find out. Though a word of warning–watching it is going to hurt:

As expected, Matteo once again rips the PS5 box. In fact, he’s even rougher on the PS5 compared to his PS4 unboxing. From the looks of it though, Matteo trashing the PS5’s box was by design as he even put the mic right up on the box so viewers can more clearly hear the box’s destruction (and get triggered even more in the process).

Ripping apart the box is not enough though as Matteo even bounces the PS5 console a bit after unboxing. Though he did say that the table he used is shock absorbent, so (hopefully) the console itself did not get damaged.

What did you think of Matteo’s PS5 unboxing? Let us know in the comments below.