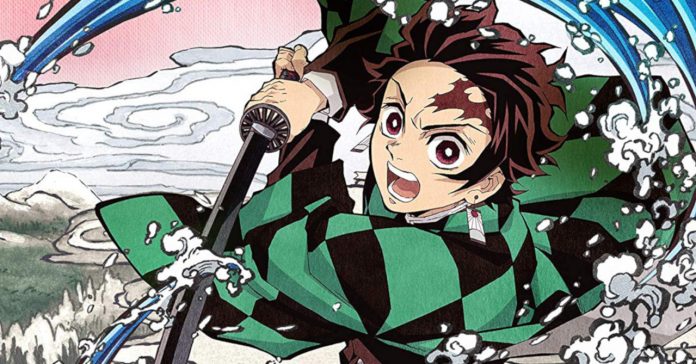 At the Demon Slayer anime 2nd Anniversary stream, it was announced that Demon Slayer: Kimetsu no Yaiba Season 2 is official, and it will release later in 2021!

Season 2 of Kimetsu no Yaiba is offiically titled “Demon Slayer: Kimetsu no Yaiba: Yuukaku-hen” and it will follow the manga’s Entertainment District arc. The second season of anime will be set after the events of the recently released Mugen Train anime movie.

Alongside the announcement of the anime’s second season, the new key visual for “Yuukaku-hen” has been revealed. The visual features the Sound Hashira, Tengen Uzui who will be a major character in the Entertainment District arc.

Here’s a closer look at the new key visual: 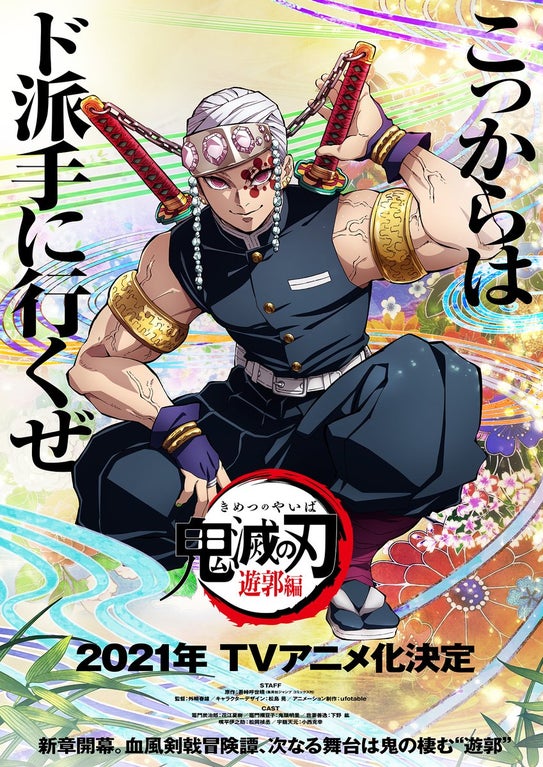 In case you’re unfamiliar, Demon Slayer: Kimetsu no Yaiba is a manga series that serialized in Shonen Jump from February 2016 to May 2020. The manga received an anime series adaptation by ufotable which released in 2019.

While the manga series was popular in its own right, the anime series proved to be an incredibly big hit. In fact, the first season of Kimetsu no Yaiba was easily the most popular anime in 2019. The series’ popularity continued into 2020 even after the end of the manga thanks to the release of the Demon Slayer: Mugen Train movie. The film managed even managed to become the highest grossing film of all time in Japan.