The fans may have been too into the collab. 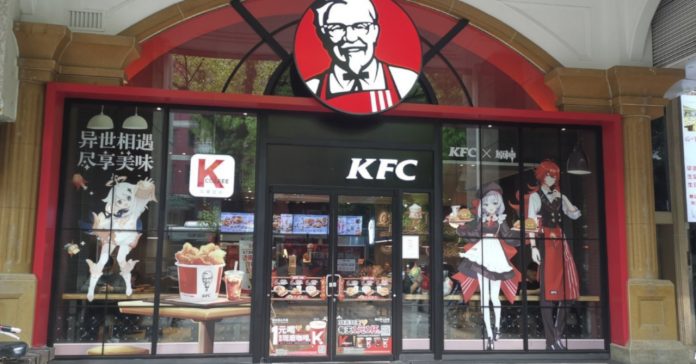 Recently, MiHoYo teamed up with fast food giant KFC for a special Genshin Impact x KFC collaboration in China. With the collab, fans can get exclusive KFC-themed Noelle and Diluc pins, a KFC glider, stickers, and even a special Diluc/Noelle bucket of chicken.

Given the game’s popularity, fans in China flocked to KFC outlets in Shanghai and Hangzhou (the cities where the collab was available). Though it seems that too many eager fans went to KFC as the Genshin x KFC collab has been cancelled or postponed early.

To get the KFC themed Diluc and Noelle pins you must go up to a KFC employee in store and loudly say "Meet in another world, Enjoy delicious food".

Then you will be given the pin with your meal. https://t.co/LgFLfpc7cu pic.twitter.com/B5i9LQiRzt

Originally, the Genshin and KFC collab was scheduled until March 21, though the Chinese government has stepped in to cancel the event. This is because the demand for the collab was overwhelming to the point that social distancing measures were no longer being followed. Some fans are even getting the Noelle and Diluc standees which aren’t even included in the promo.

The massive demand for the KFC and Genshin event should come as no surprise, especially considering the incredible popularity of the game. This means if MiHoYo and KFC were to bring this collab internationally, they better be prepared for a big crowd.