Now this is an interesting way to promote the new DOTA anime! 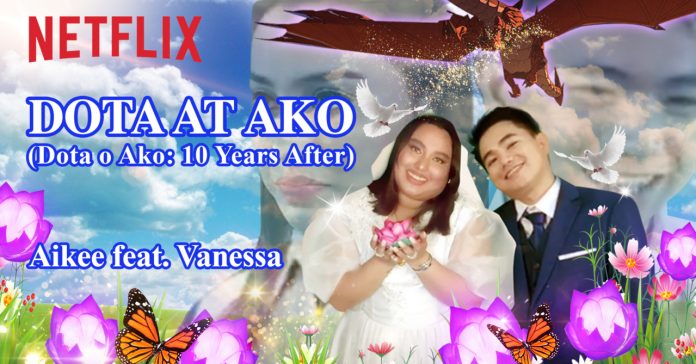 To celebrate the release of the DOTA: Dragon’s Blood anime, Netflix embarked on an interesting promotion campaign for the series. Aside from tapping Basshunter for a new Dota video, Netflix also created a sequel for “DOTA O Ako,” an iconic song from 10 years ago that long-time Pinoy DOTA fans are definitely familiar with.

“I was so excited in general to be working with Aikee again cause it has really been a long time since our collaboration — 10 years ago to be exact. We’ve gotten so busy individually with our careers so it was definitely time to catch up and reminisce in a super memorable and major way!” adds Vanessa. “So when I got the call to do a remake I immediately canceled my schedule and confirmed! I knew I was gonna do it! I had to do it for sure! And especially ecstatic to do the sequel with Netflix because I am OBSESSED!”

DOTA: Dragon’s Blood is now streaming exclusively on Netflix. For more info on the series, check out our full review of the anime.