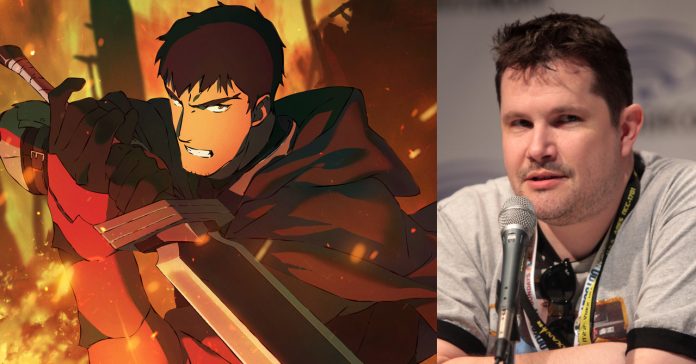 DOTA: Dragon’s Blood is out now on Netflix, and we have devoured the series twice over because one, it’s a really good animated series, and two, there’s a Filipino dub which we just had fun watching. If you’re still on the fence and want a deeper dive into the series without encountering spoilers, you can read our spoiler-free review here.

Aside from seeing some of our favorite DoTA heroes finally brought to life, we were able to ask a few of our burning questions to DOTA: Dragon’s Blood showrunner, Ashley Edward Miller (co-writer for X-Men: First Class, Thor) on his thoughts about translating the beloved 5v5 Multiplayer Online Battle Arena game into a serialized animated story for Netflix.

UnGeek: First of all, congratulations on the show, it’s amazing! We also love that you were able to successfully bring these video game characters with maybe a few sentences of backstory in the original game and expounded them for this eight-episode epic. Given that, we just had to ask, have you played DOTA before? If you did which heroes do you usually use and if not, would you try the game out?

Ashley Edward Miller (AEM): I’ve never played DoTA before, I’ll admit it. I’m a little intimidated but mainly worried it would suck me in and consume my life. 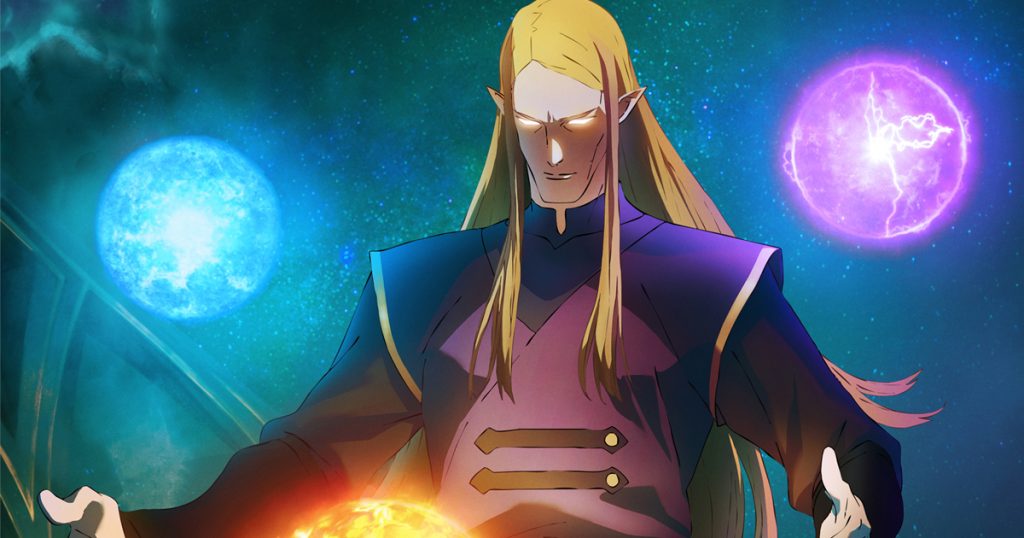 It seemed that the project was already somewhat in motion before they brought in Ashley Edward Miller. But that just makes the show, in our opinion, a rousing success. We asked him what drew him to the project and why he decided to focus on Davion, Mirana, Invoker and Selemene as the starting point into the world that he seems to be creating.

AEM: Those characters were to some extent already on the table for me when I came onto the project, but what I loved about Davion was the contradiction inherent to his character. Here’s a guy who spends his life hunting down and killing this thing he hates only to become that thing and have to deal with it. Mirana and Selemene both emerged from the same thought experiment…if Mirana’s purpose is to protect the lotuses, what happens if she fails? What does it mean for the story and what does it mean for her personally? As a character, I liked the idea of this pampered Princess being out on the road feeling very much out of her element and exploring how she would connect with a guy like Davion. It’s a little Notting Hill in that you have this very regular, almost middle-class hero finding himself in a burgeoning relationship with royalty. The Invoker came down to wondering what he thought about all day by himself, why he wanted to live forever, what he would do with all of that time. The rest was connecting the dots.

It’s interesting to note that despite the flashy animation, the gore, the blood, the sexual themes, and the provocative language (the show is rated 18+ on Netflix), the heart of the DOTA: Dragon’s Blood are the relationships between these three-fold stories that seemingly meld together as the series progress. Given that the first season showed us notable heroes from the game like Davion, Mirana, Luna, Invoker and Terrorblade, we just had to ask if they already have a Season 2 in the works and if we’ll see more of our favorite heroes in it.

UnGeek: DOTA: Dragon’s Blood opens up the lore on Eldrwyrms and subsequently the dragons of the world. There are 2 known dragon heroes in Dota, namely Auroth the Winter Wyvern and Jakiro. Will we eventually get to see them perhaps in Season 2 and do we get to explore more heroes from DOTA’s 120 character roster for subsequent seasons?

AEM: I can’t really speak to a season 2 since we don’t have one yet, but I’m definitely very interested in Auroth as a character… really for a lot of the same reasons I’m interested in Davion. I love the dichotomy of this massive, magical beast sitting around writing poetry. That’s kind of awesome. If I can figure out how to use that, nothing would make me happier.

I love that Ashley Edward Miller knows the lore of Auroth the Winter Wyvern and that he’s somewhat thinking about incorporating the character (if even possible) should a second season be renewed.

DOTA: Dragon’s Blood premier’s on Netflix on March 25, 2021 and currently has 8 episodes in total for the first season. It is created for television by Ashley Edward Miller, Ki Hyun Ryu and Studio Mir.