Get the game for free while you can! 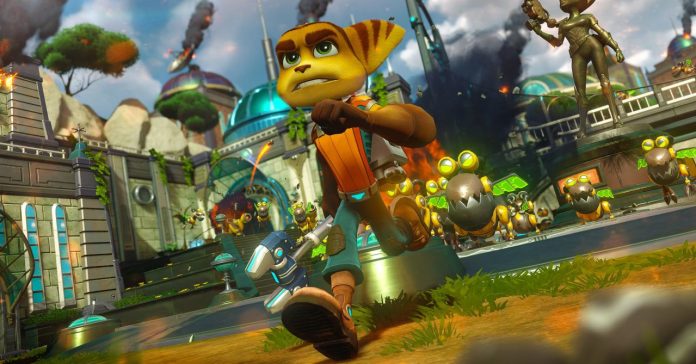 Last month, PlayStation brought back its Play At Home campaign from last year with a round of game giveaways, the first of which is Ratchet & Clank for both PS4 and PS5 players. In case you haven’t downloaded it yet, you should do so now while you can still get it for free, especially if you’re a PS5 owner as Insomniac Games has announced that a 60FPS update is coming to the PS5 this April.

While there’s no word yet on when exactly in April it is releasing, it at least confirms that PS5 owners will be able to play the 2016 Ratchet & Clank game at a smooth 60 frames per second. For reference, the game runs at 30FPS on both the PS4 and PS4 Pro.

Ratchet & Clank (2016) will be playable in 60 FPS on PS5 after a new update in April! As part of the Play at Home campaign, download the game for free now through 3/31. #RatchetPS4https://t.co/Iw6CMNByFU pic.twitter.com/VEFiW3IMWK

While 60FPS is always welcome, it’s even better for Ratchet & Clank. After all, past Ratchet & Clank games ran at 60FPS, making the 2016 game a bit of an outlier in this regard.

In case you’re unfamiliar, Ratchet & Clank (2016) is a remake of the original Ratchet & Clank game for the PS2. It is not a straight-up remake though as it features reimagined levels, as well as a story that ties in to the animated film of the same name.

Ratchet & Clank is free to download for all PlayStation users until March 31, 2021 at 8pm PDT / April 1 at 4am BST / 12pm PHT. A PlayStation Plus subscription is not required to download the game for free.