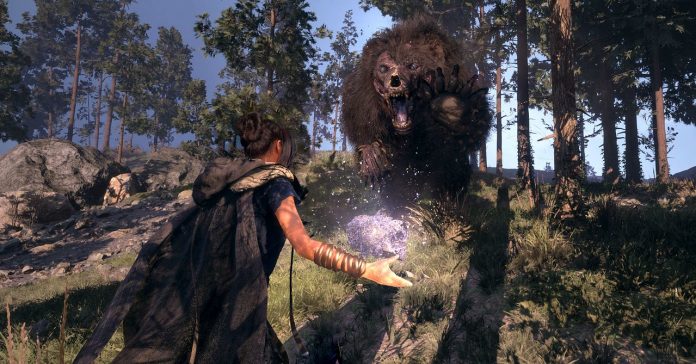 Following the game’s reveal back in June last year, Square Enix has finally revealed the official title for Project Athia. This upcoming PS5 game’s title is Forspoken, and the fact was revealed in a new trailer for the game that was shown in the recent Square Enix Presents showcase.

Aside from its title reveal, the new Forspoken trailer gave us a couple of new gameplay snippets, new info on the game’s story, and the fact that the main character is played by actor, Ella Balinska.

Forspoken will is an RPG which will have gameplay that will include various traversal mechanics, including the ability to scale cliffs and leap across ravines. As for its story, Forspoken is described by developer Luminous Productions as:

“Forspoken is an action RPG where you will take on the role of Frey Holland, an ordinary young woman who must harness her magical abilities to survive in a fantastical and dangerous land called Athia. As Frey, you will embark on a thrilling, other-worldly adventure and face treacherous trials to unravel the mystery behind the unknown land of Athia and awaken something much more from within.”

Forspoken will release for the PS5 soon. Though there’s no word yet on a release date for the game.