The Outer Worlds: Murder on Eridanos releases this week on consoles and PC

The DLC releases on March 17! 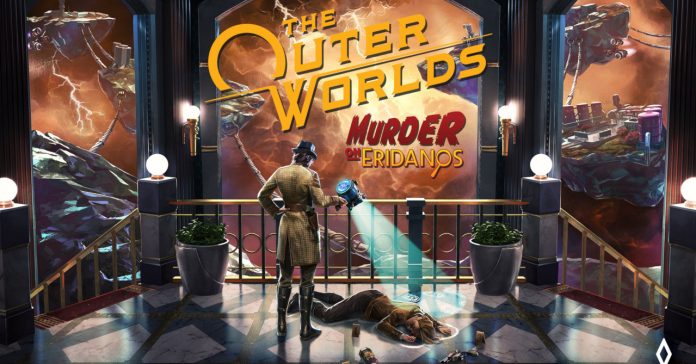 Following the release of the Peril On Gorgon expansion back in December, Obsidian Entertainment has announced that The Outer World: Muder on Eridanos releases on PC and consoles on March 17, 2021. Murder on Eridanos is the second DLC expansion for The Outer Worlds, and it adds new story content, a unique setting, and various weapons and character customizations.

The expansion’s premise is described by Obsidian as:

The Outer World: Muder on Eridanos releases for PC, PS4, and Xbox One on March 17. The DLC will also be playable on the PS5 and Xbox Series X|S via backwards compatibility. Murder on Eriadnos will release as a standalone purchase, and it will also be available for players who have purchased The Outer Worlds expansion pass.

Have you played The Outer Worlds but not the first expansion? Check out our review of the Peril on Gorgon expansion HERE.