A perfect companion for that Kaiju hype! 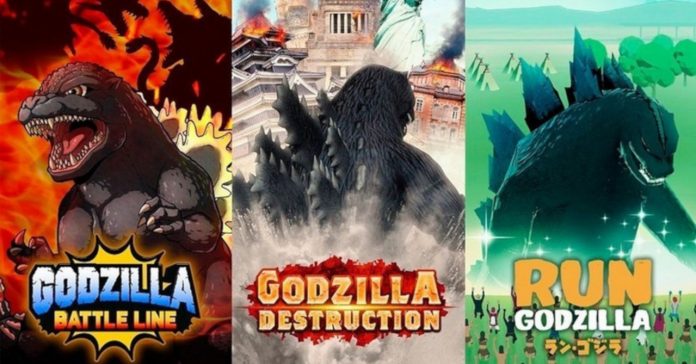 It seems that Godzilla vs Kong is not the only Kaiju material we will be receiving this year as Toho games announced that they will be releasing three Godzilla mobile games coinciding with the movie’s release!

The upcoming Godzilla mobile games were revealed in a brief trailer which showcased the gameplay of the three games. First, we have the rather bizarre idle-game, Run Godzilla that tasks the players to raise Godzilla and other Kaijus to get them stronger. The second and third games though, take a casual direction, with Godzilla Destruction letting players control Godzilla and wreak havoc all around the world. Meanwhile, the last game Godzilla Battle Line is a real-time strategy title where players must battle other players with their formed team of Kaijus and Anti-Kaiju weapons, with the battle running for three minutes for each round.

All three Godzilla mobile games will have worldwide releases ahead of a Japan launch, although the exact dates were not announced. Run Godzilla will become available worldwide sometime this week and will have its Japanese release date in June 2021. Meanwhile, Godzilla Destruction and Battle Line will come in April 2021, with both games releasing in Japan in April and May 2021, respectively.

- Advertisement -
Previous article
A ‘Ghost of Tsushima’ movie is in the works, with John Wick’s Chad Stahelski to direct
Next article
‘Returnal’ by Housemarque for PS5 has gone gold