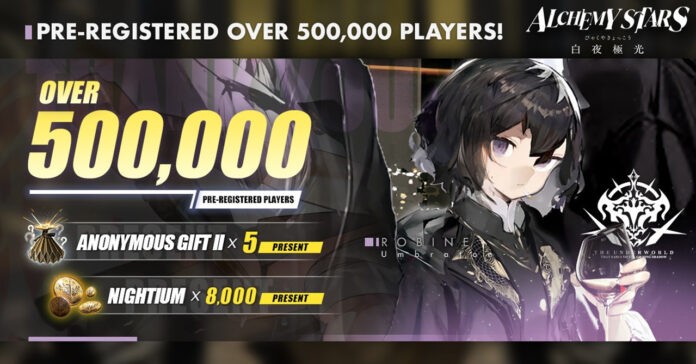 In just 2 weeks after announcing the start of the pre-registration campaign, Alchemy Stars has garnered over 500,000 pre-registrations. Thanks to this, the game is now at the halfway mark from the final milestone reward.

The voice actor for one of the main characters – Vice, is voiced by Tomori Kusunoki who started voice acting in 2017. She has played many roles in different Anime series such as Sword Art Online, Love Live, and also on video games.

In this interview with Tomori Kusunoki, she talks about her impression of Alchemy Stars and also more about her character; Vice. An interesting point that she brought up is that Vice has a special connection with the main protagonist and for some reason, she is able to control Soroz; our Colossus.

For those of you who don’t know, a Colossus is an enormous vehicle equipped with self-aware AI that is used for combat, transport, and flight. However, a Colossus can only be navigated by a Caelestites. The main question here is, how is Vice, an Aurorian able to control a Colossus? What is her past? Is she really an Aurorian? We’ll have to wait until the game releases to find out! 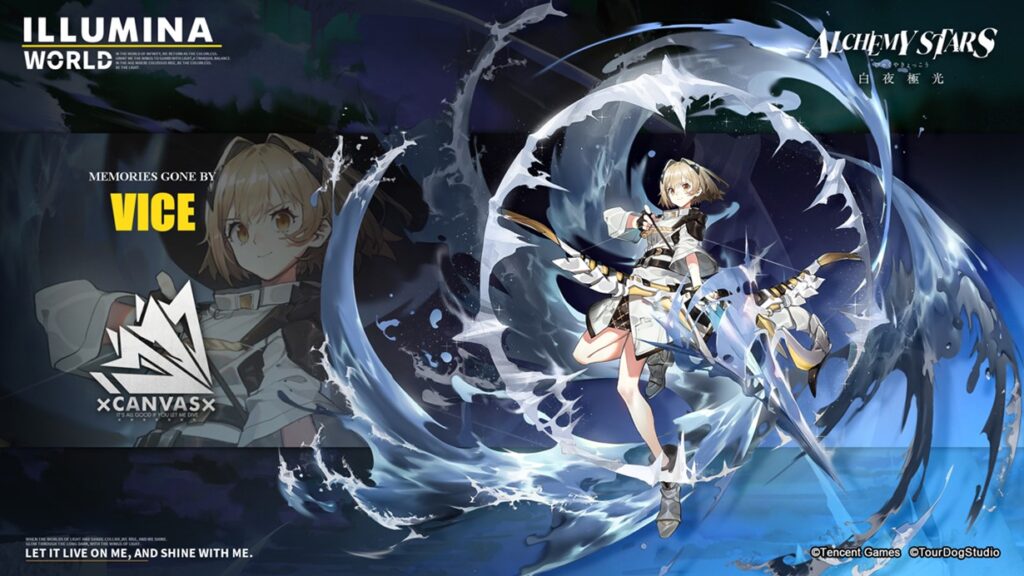 Vice is an Aurorian, age 17, female, a member of Illumina Federation. Gentle, talented, smart, and was once groomed by the Illumina Federation for greatness, only to lost confidence after failing a test. Currently the captain of the Illumina Expedition Team. As she wanted to prove herself to the federation, she decided to explore the dangerous remote ruins, leading her to meet the protagonist. While trying to prove herself, she gradually learned of the protagonist’s plight and discovered that the Aurorians are facing a great threat once again, thus joining the protagonist in the fight against the Eclipsites.

The world of Alchemy Stars is about an Earth-like planet called Auroria, that got caught in an orbital change caused by war and was drawn towards a giant star known as the “Sun”. Under the scorching sun, only the areas around the twilight rim have a diurnal cycle and moderate climate for beings to live. The biggest known continent in the world is the central mainland. Astra is located on the west of the mainland and is its subcontinent.

The story begins with Vice from the Illumina Federation, discovering the main protagonist during an expedition, which subsequently attracts incoming Eclipsites. Players will take on the role of the main protagonist who is a survivor of the Caelestites. You grew up in a Colossus hiding under the ground and was isolated from the world for 17 years. Your job is to guide Vice and the other Aurorians in battles to fend off incoming Eclipsites and eventually activate your Colossus and flee the ruins.

While escaping the protagonist receives distress signals from a fellow survivor and learns about the presence of Schummer, a member of the Eclipse. Schummer is revealed wanting to locate Battle Modules to refit her Colossus, the Aviduz, and restore its might.

Upon learning that Schummer plans to pilot Aviduz and attack Lumopolis, the protagonist hurries to the city in the sky just in time to see Schummer launching her assault…

A new pre-registration campaign called Journey to Astra will start on May 1, 2021. This campaign will be held on Twitter. All you have to do is Retweet and 5 lucky Navigators will be randomly chosen to win a 25 USD Google Play Card.

Lastly, if you have not pre-registered for the game, you still have time to help all Navigators to reach that 1 million mark!

Find out more about the game via the following links: