ASUS announces ROG Phone 5 pricing and availability in the Philippines 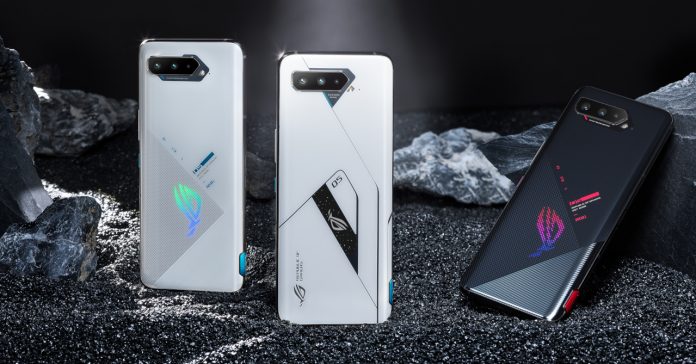 Following its global reveal, ASUS has finally launched its new ROG Phone 5 series in the Philippines. Unlike previous models, the ROG Phone 5 comes in three variants: the Classic, Pro, and Ultimate versions.

All three ROG Phone 5 models are powered by the latest Snapdragon 888 processor, and they all come with 64MP Sony IMX686 main sensor + 13MP ultra-wide + macro triple rear cameras. The key differences between them are the inclusion of the ROG Vision display on the Pro and Ultimate, as well as increased RAM and storage on the higher-end models. 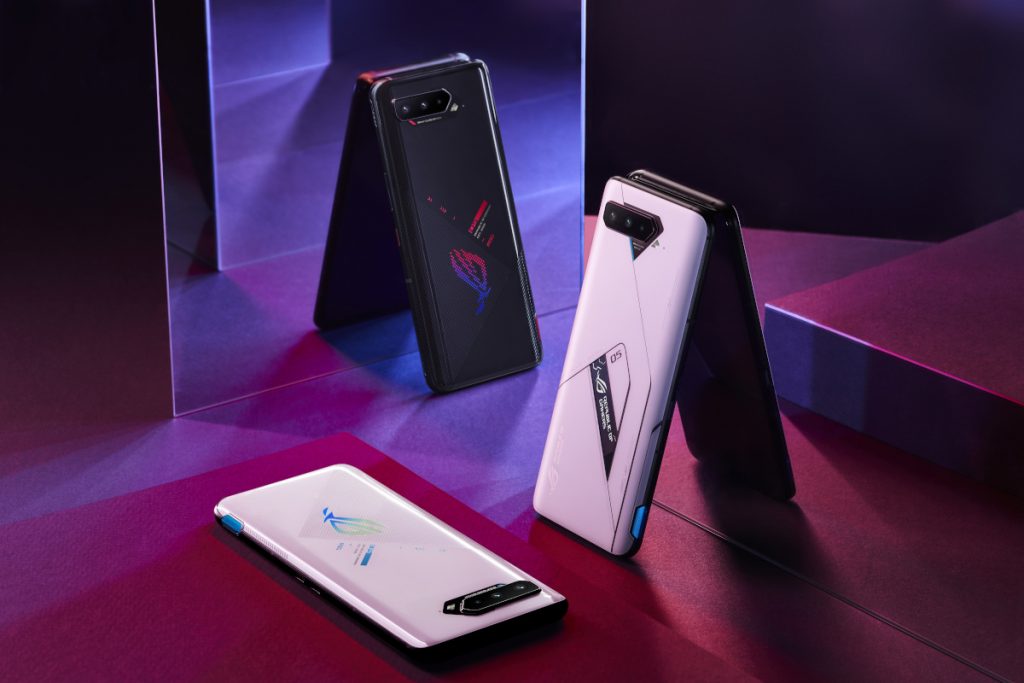 Here are the prices of the ROG Phone 5 series in the Philippines:

The two Classic model variants are available now in Phantom Black. Early purchases of the Classic will come with a special set bundle, which includes the ROG Kunai Gamepad as well as the ROG Akira Oversized Tee. The phone’s Storm White variant colorway meanwhile, will release on May 2021.

Meanwhile, the ROG Phone 5 Ultimate in Storm White and ROG Phone 5 Pro in Phantom Black will arrive in May 2021. The Ultimate will come with a special gift box with each purchase.

ASUS also announced that the ROG Kunai Gamepad will arrive in April 2021 at PHP 6,995, and the ROG Lighting Armor Case 5 in May 2021 at PHP 2,495. Finally, all three phones will come with the AeroActive Cooler 5 and will also sport a 1-year Global Warranty.

Here’s a rundown of availability dates and bundled freebies: 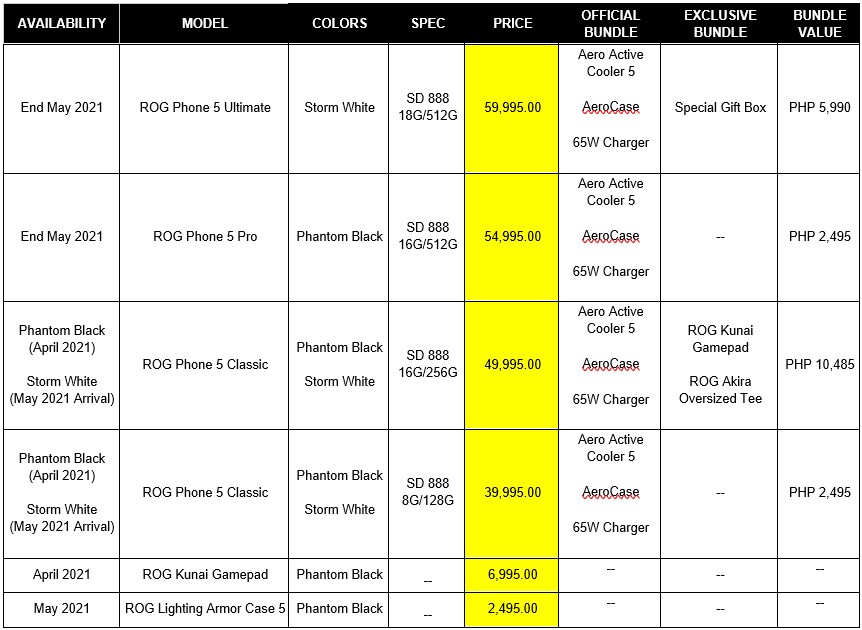 For more info on the ROG Phone 5 series, visit: http://bit.ly/ROGPhone_WTB