Disgaea 6: Defiance of Destiny will include HoloLive idols as a free DLC units

Disgaea comes back with a Bang with this collaboration. 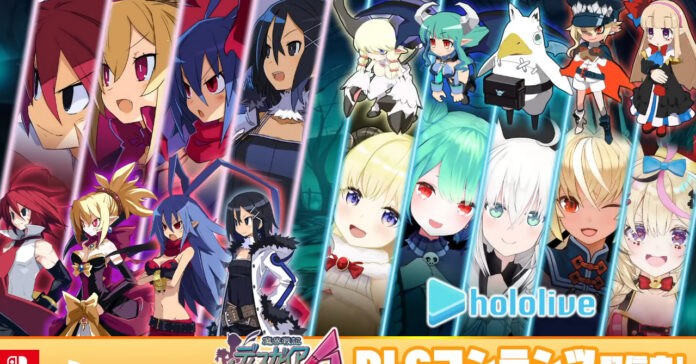 NIS America announced that the Hololive VTubers will be joining their latest game Disgaea 6: Defiance of Destiny as DLC units, and they will become available for free at the game’s launch.

The Disgaea HoloLive DLC will feature five VTubers: Shiranui Flare, Shirakami Fubuki, Omaru Polka, Uruha Rushia, and Tsunomaki Watame. The popular VTubers will appear as the different character classes to the game, namely the Psychic (Flare), Prinny (Fubuki), Mage (Polka), Succubus (Rushia), and Evil Eye (Watame). These units will be fully voiced by their respective VTuber counterparts and will sport their color schemes, with the Prinny standing out as Fubuki’s fox ears sticks out from its head. Also, popular characters from the series will make their appearance as bonus characters, namely Girl Laharl, Asagi, Adell, and Rozalin.

In case you’re not familiar, Hololive is a VTuber Group owned by Cover Corp. These Web Idols interacts with their fans through their YouTube channels with their Let’s Play videos and other content, as well as through their Twitter pages.

Meanwhile, Disgaea 6: Defiance of Destiny is a new main entry to the Disgaea game series. The series is well known for its tactical gameplay, mixing the ridiculous amount of damage that the player can dish out along with humorous dialogues during cutscenes.

Disgaea 6: Defiance of Destiny will have its worldwide release along with the HoloLive DLC this June 29, 2021 for PC, Nintendo Switch, and the PS4.