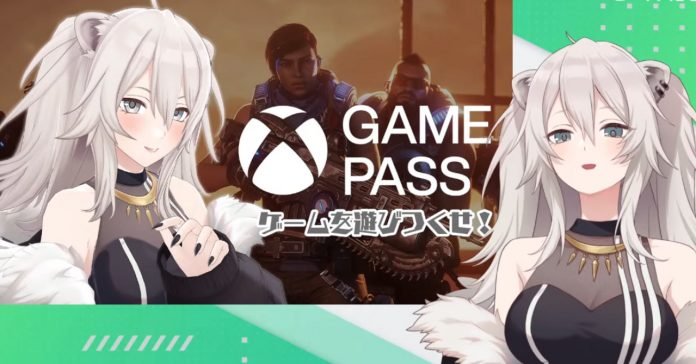 As Botan is well known for her love of shooter games, it should come as no surprise that the first game she played was Gears of War 5, the latest in Microsoft’s long-running third-person shooter series. After this, she played a bit of Control, the newest game from Remedy Entertainment. And of course, Botan also highlighted the different features of Game Pass in her stream.

Luna’s stream also had a similar format, with Luna first explaining what gamers can get out of Game Pass, after which she played two games. Unlike Botan’s game choices, Luna played sim games. Specifically, she first played Microsoft Flight Simulator which saw her crash a Boeing 747-8, after which she tried out Forza Horizon 4.

Microsoft partnering with Hololive to promote Xbox Game Pass in Japan is no surprise if you’ve been keeping up with VTubers recently. After all, Hololive idols have seen explosive growth over the past year.

In case you’re unfamiliar, Hololive is a Virtual YouTuber agency under Cover Corp. Based in Japan, Hololive has over 40 active VTubers, most of which are based in Japan. Though Hololive has also expanded with Hololive Indonesia and English branches.

- Advertisement -
Previous article
E3 is back in 2021 as an online-only event, and it will feature Nintendo, Xbox, and more
Next article
Diablo 2 Resurrected single-player technical alpha goes live this weekend