Catch WW84 on HBO GO in the Philippines on April 21! 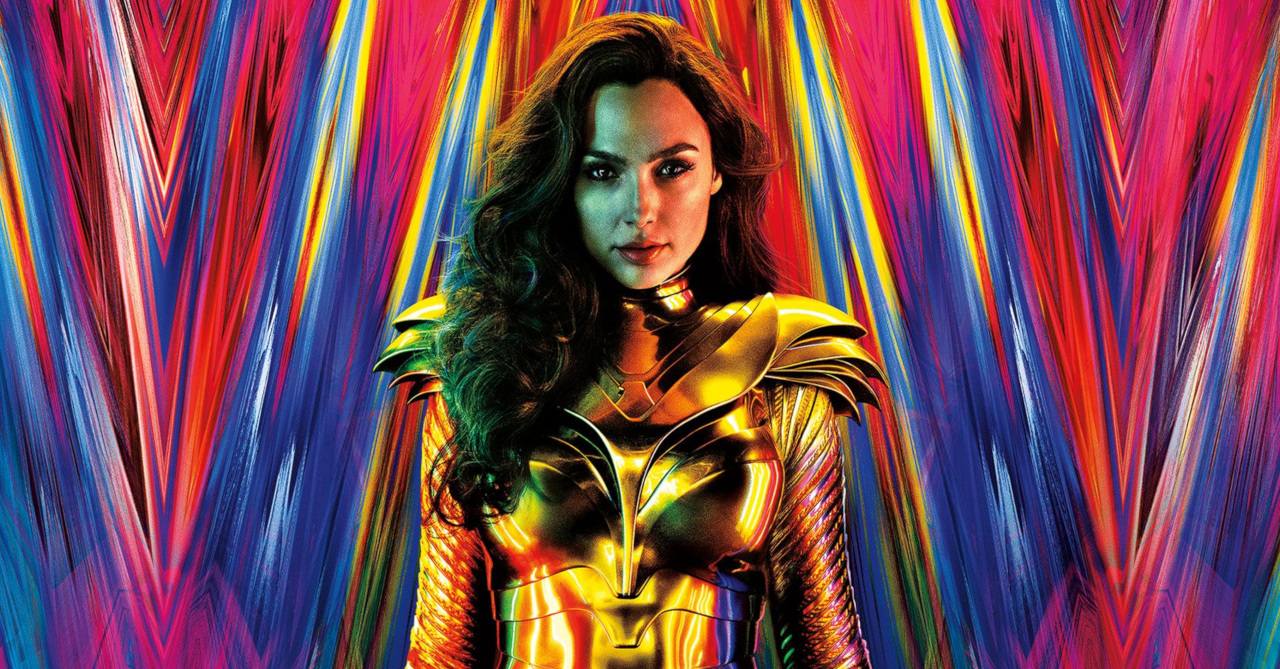 In case you missed it, Wonder Woman 1984 will premiere exclusively in the Philippines from April 21 on HBO GO. With this, Pinoy DC fans can finally watch the new Wonder Woman movie from the comfort of their own home; this is great news given that the film’ theatrical release was impacted due to the pandemic.

While the first Wonder Woman movie was set in World War I, the sequel is set in the 80s. And as you can imagine, capturing the look and feel of 80s America was quite a challenge. From colors, costumes, to creating a mall straight out of the 80’s, HBO GO shared with us how the team behind “WW84” brought the 80’s back to life.

Capturing the Spirit of The Times 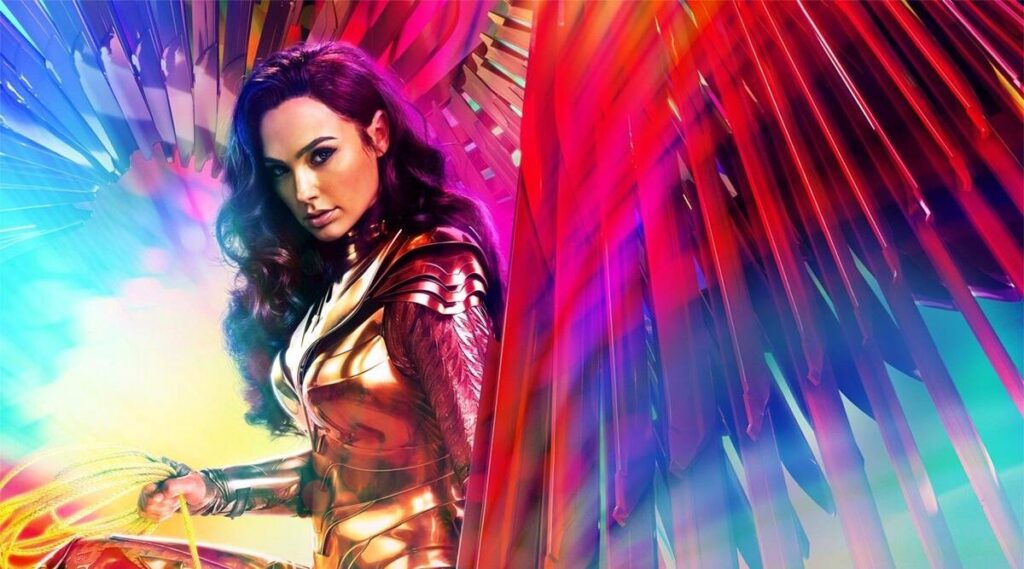 1984 in the US was a time of power and pride, bringing out the best—and worst—in people. Specifically, commercialism, wealth, art, glamor, and more were at the forefront for a lot of those who lived in that era.

For dirctor, Patty Jenkins, the setting was a personal as well as professional choice. “The initial idea of setting the story in 1984 came from my desire to see Wonder Woman in my era, an era that to me is synonymous with her, in terms of the character’s cultural popularity.”

Given the importance of the time period for both the story and for its director, Jenkins and production designer Aline Bonetto drew upon a large library of images to draw upon for inspiration. For the film though, Jenkins and Bonetto were careful not to let the design become a caricature of the time

Bringing Back a Mall from the 80’s 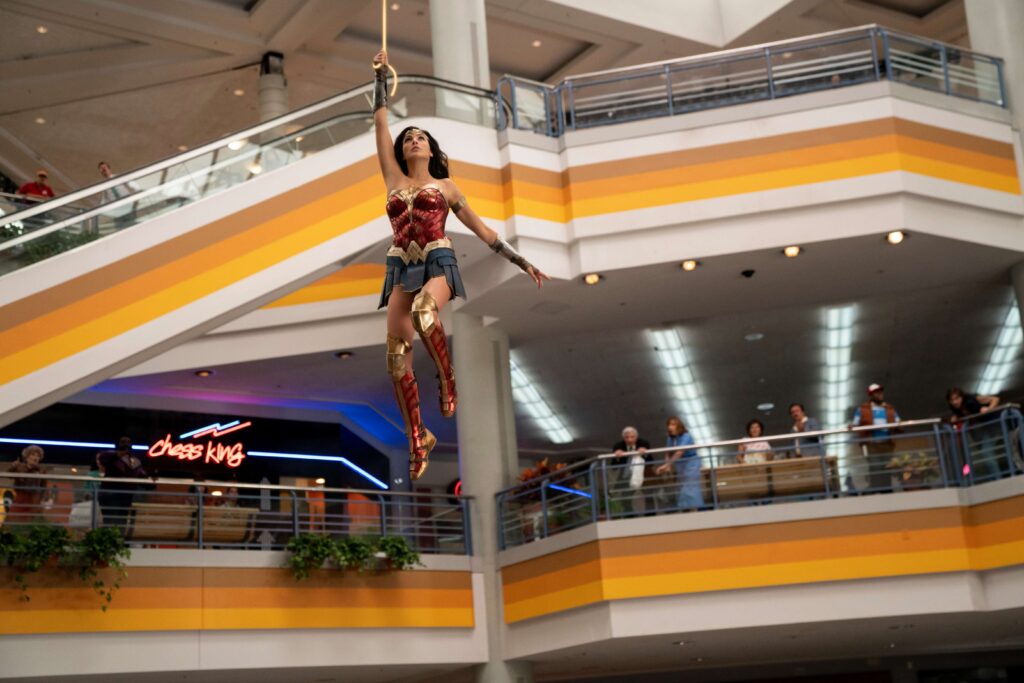 One of the highlights of the film is the jewelry heist scene which took place in the Landmark Mall in Alexandria, Virginia. After all, the mall was THE place to be in the 80s.

In total, the production team dressed 65 stores with period merchandise and fixtures, “right down to the cash registers and the seller’s notebook on the sales counters,” says Bonetto. “Every shop where we could potentially see in was fully dressed.”

“Some remembered certain toys, for others it was the telephones or the clothes. Everyone was finding something that reminded them of their past. It was really fun bringing that back to life for everyone,” added Bonetto. 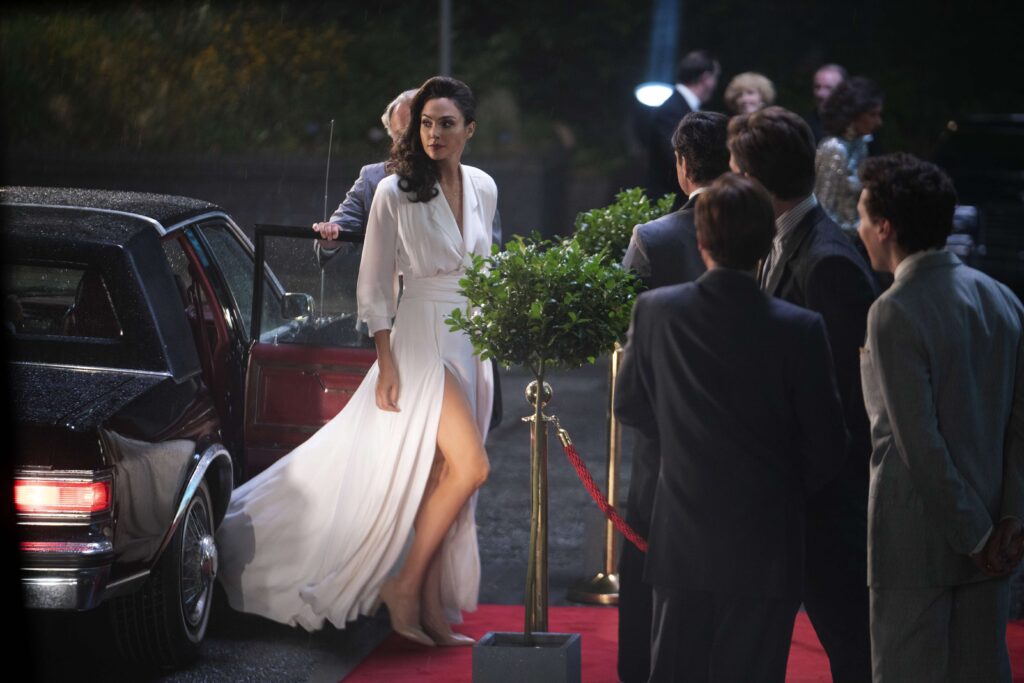 Another very 80s thing that WW84 had to nail was wardrobe. One such way the team was able to go all out in the 80’s style was in the scene when Diana attends a Smithsonian fundraiser. Gadot says, “It was fun to go through the process with Lindy of finding the right looks for Diana during the ‘80s, because we wanted to keep the tones very specific. She keeps very much to herself, so she wouldn’t wear pink or orange or yellow or green or red. We wanted her to be cool and elegant and not to draw attention to herself.”

Aside from Wonder Woman’s wardrobe, the likes of Pedro Pascal as Maxwell Lord also donned suits reflective of the era and Lord’s desire to look the part of a wealthy businessman.

Finally, we have the soundtrack. While the 80’s was the era of synths and digital music, WW84 managed to combine this 80’s hallmark, all while still employing real instruments. This combination was made by none other than Hans Zimmer.

Zimmer, known for pushing the boundaries when it comes to being experimental, says his one great innovation for this film is truth. “Real musicians playing real instruments and embracing the music, adding that sense of humanity. Like Wonder Woman: honest, truthful and honorable.”

Wonder Woman 1984 streams exclusively on HBO GO starting April 21, 2021. HBO GO is available on the App Store or Play Store. It is also accessible via via Cignal, Globe and Skycable or at https://www.hbogoasia.com/.