Pinoy DC fans will finally get to watch Wonder Woman in her latest outing! 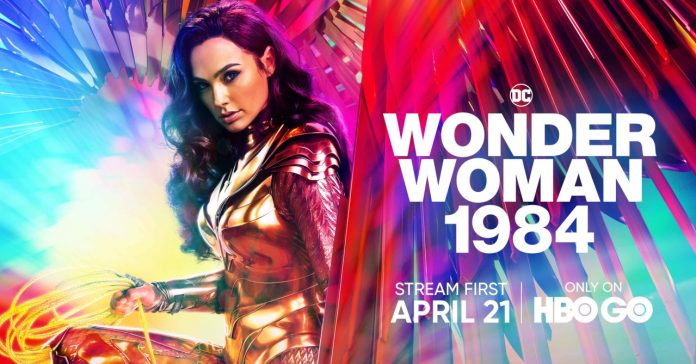 With cinemas still closed in most of the Philippines, HBO GO announced that it will release new blockbuster films on the platform, the highlight being Wonder Woman 1984!

Starting April 21, Pinoy DC fans will finally be able to stream Wonder Woman 1984 exclusively on HBO GO. The film, in case you’re unfamiliar, is the sequel to 2017’s Wonder Woman, and it follows Diana who is in pursuit of two formidable foes: Max Lord and The Cheetah.

“This new chapter in the Wonder Woman story finds Diana Prince living quietly among mortals in the 1980s – a vibrant, sleek, era of excess driven by the pursuit of having it all. While she has come into her full powers, she maintains a low profile, curating ancient artifacts and only performing her superheroic acts incognito. However, Diana will have to step into the spotlight and muster all her wisdom, strength, and courage to save mankind from a world of its own making.”

Wonder Woman 1984 originally released in the US back in December 2020, though given that a lot of cinemas in the Philippines have remained closed over the past year, lots of Pinoy DC fans have still yet to watch the new film. So Wonder Woman 1984 coming to HBO GO is definitely great news, and it also strengthens the platform’s already impressive lineup of DC content.

Along with the release of the new Wonder Woman movie, HBO GO also announced that Tom & Jerry The Movie will also release on the platform on June 4, 2021.