Huawei launches its premium MateBook 2021 laptop lineup in the Philippines 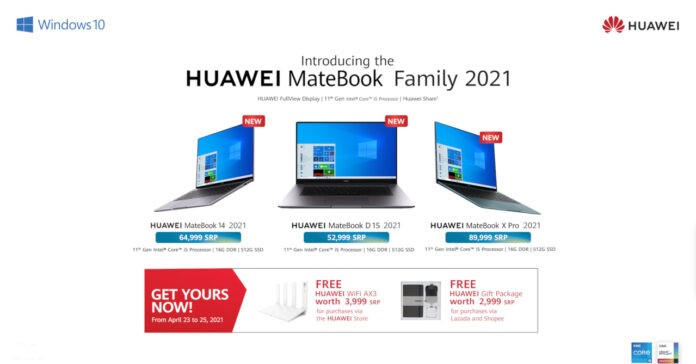 Following its initial reveal and subsequent pre-order period, Huawei has finally launched its new Matebook 2021 lineup in the Philippines. This new line, consisting of the MateBook D15, MateBook X Pro, and MateBook 14 are all premium laptops designed to be all-around productivity partners, and are all powered by Intel 11th gen processors and 16GB of RAM. 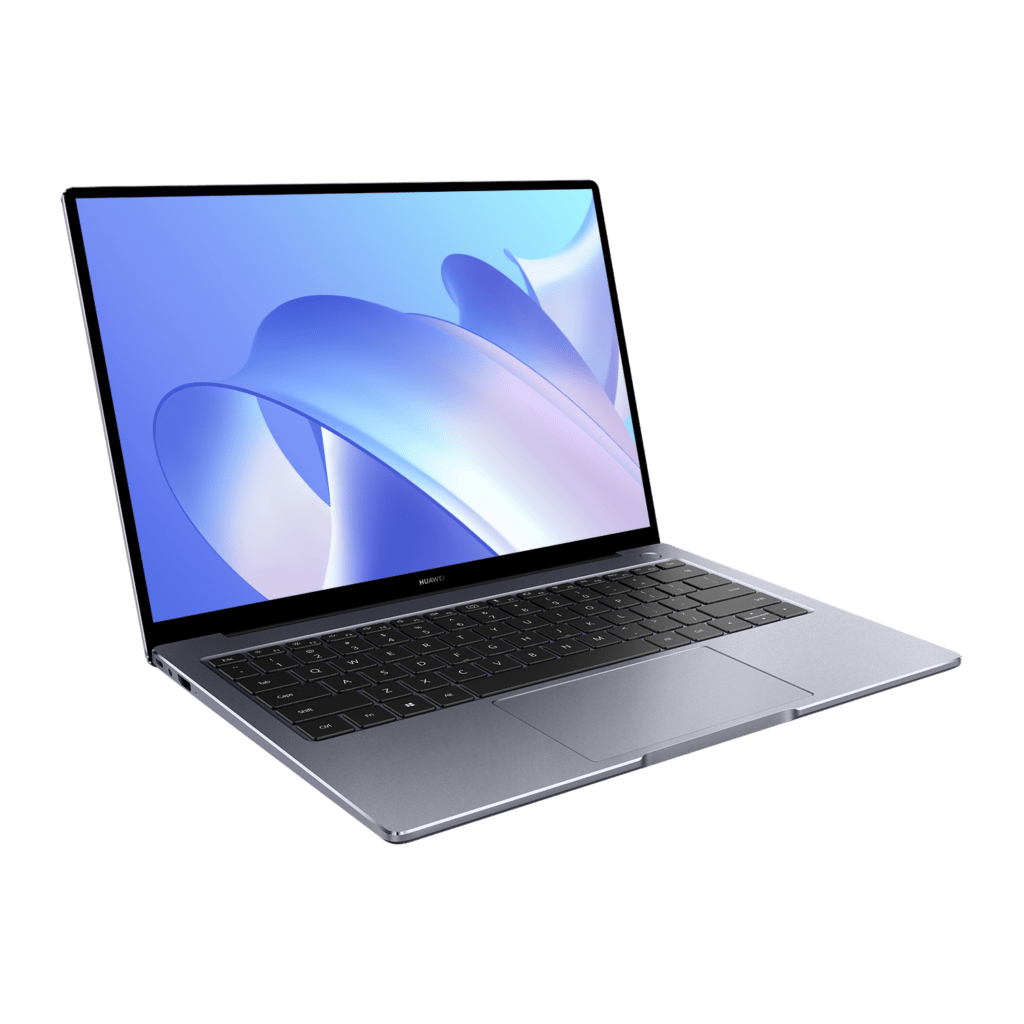 First up, we have the MateBook 14, a laptop that packs an 11th Generation processor, paired with 16GB DDR4 3200MHz RAM, and 512GB of internal SSD storage. The laptop has a 2K FullView display with 90% screen-to-body ratio, as well as a 56Wh battery capacity. Finally, the MateBook 14 is an ultraportable that packs a premium build and slim frame. 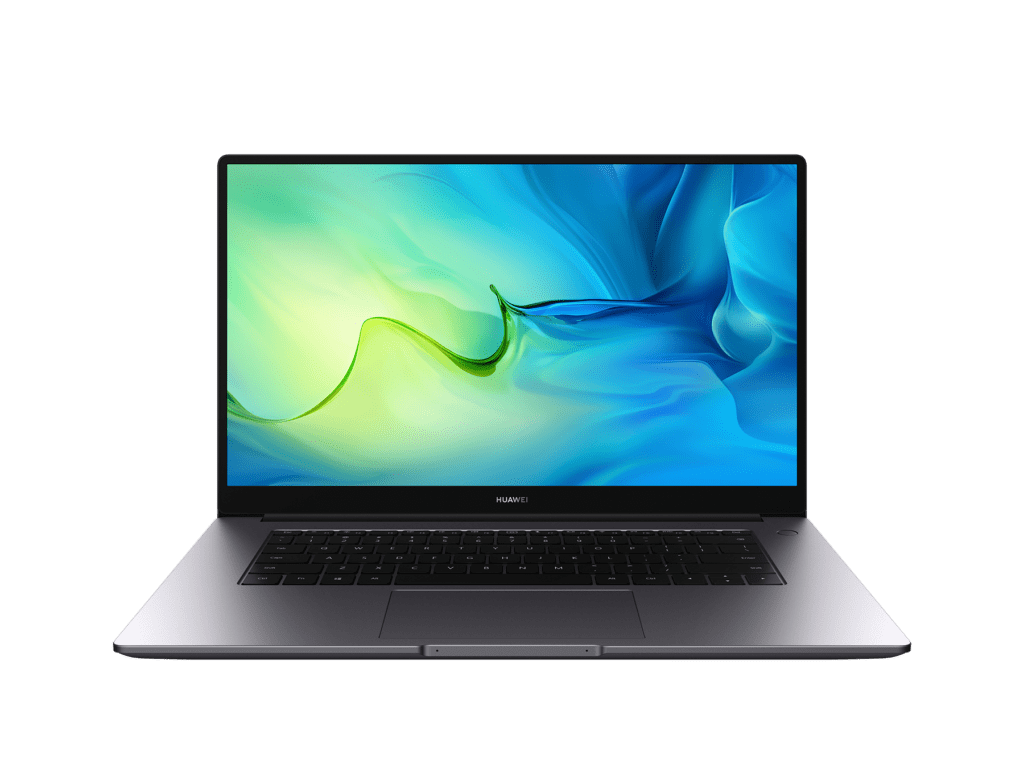 Next up, we have the MateBook D 15 2021, a laptop that’s designed for younger users who need a laptop for productivity. The laptop packs a FullView Display, 10th and 11th Intel processors, and improved multi-screen collaboration features for Huawei users. 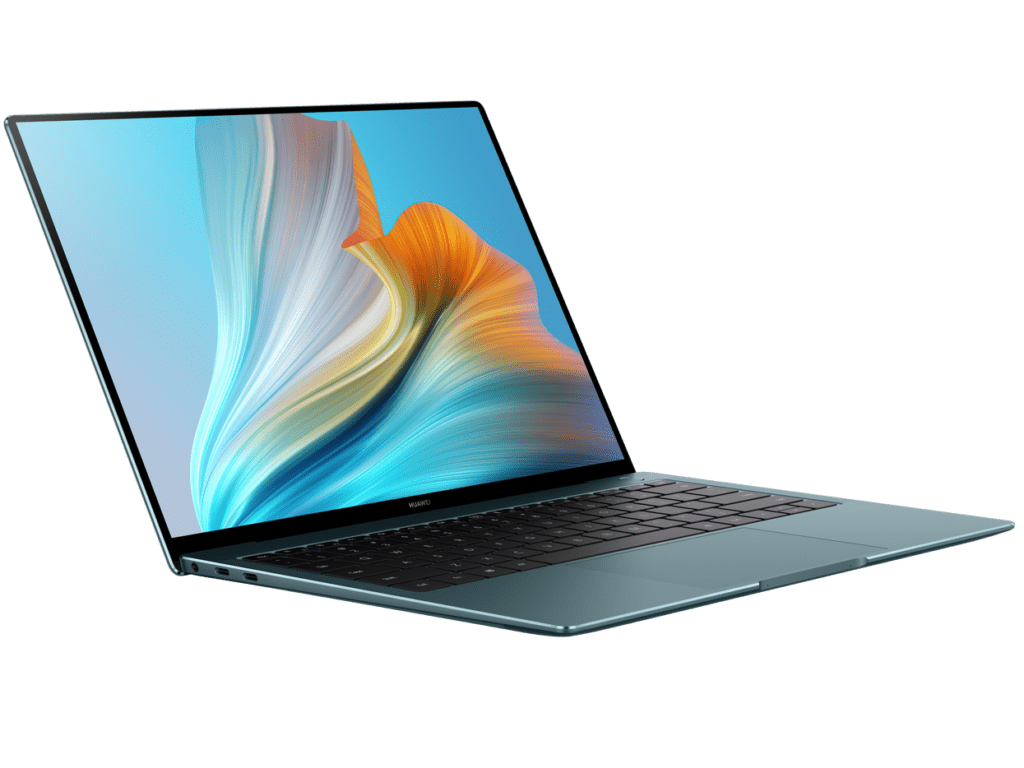 Finally, we have the MateBook X Pro 2021, the highest end model in the Huawei MateBook 2021 lineup. This laptop packs a touch-enabled 3K FullView display and an 11th gen Intel processor, all while being only 14.6mm thick and 1.33kg light.

The prices of the new MateBook lineup is as follows: 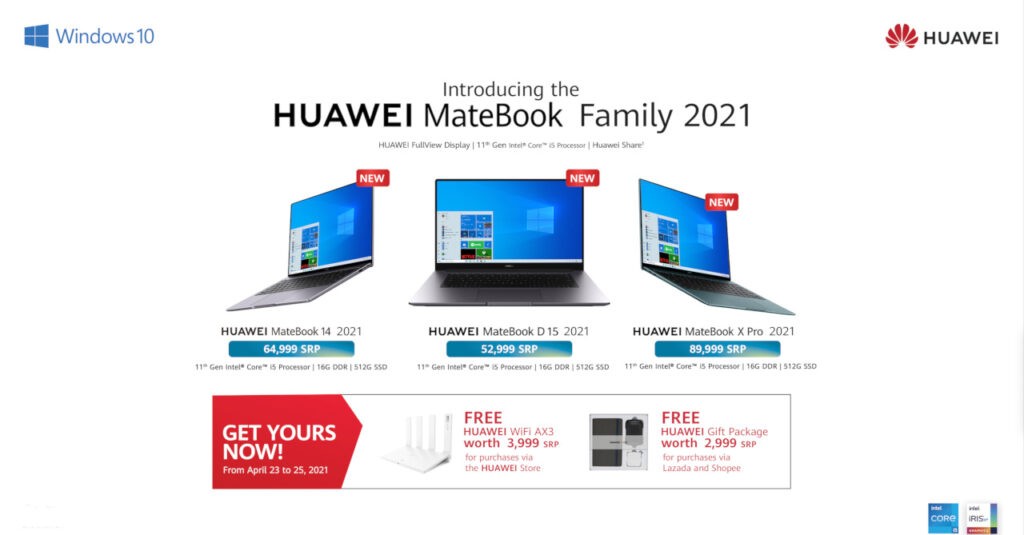