Soon the World will become Anime. 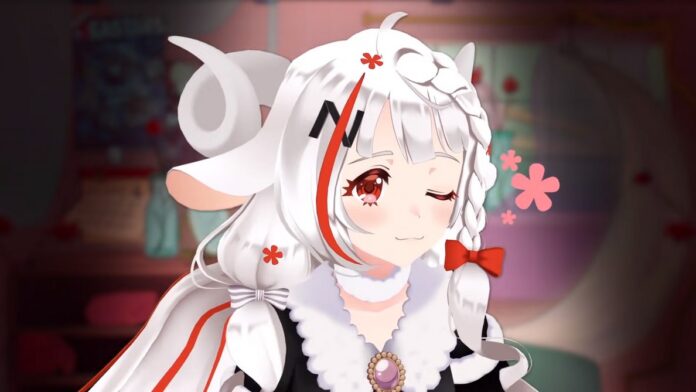 As Netflix Japan’s Anime Ambassador, she’ll give the charm of anime in the streaming website straight to the people. N-Ko’s design leans towards her sheep motif with white hair with red strips, big ears, and curled horns. Plus she wears a black dress with the Netflix “N” logo knitted on the skirt. She also wears an N hairclip along with flower hair clips and ribbons.

Although not confirmed, it looks like N-Ko Mei Kurono will have her very own Youtube Channel and Twitter account, and she’ll have her debut today, April 27, 2021. With Netflix’s ever-growing anime library, they are further expanding their influence to anime fans by jumping into the Vtuber trend, as these cutesy characters seem to attract lots of attention.

While there have been numerous brands that have partnered with Virtual YouTuber (such as Xbox with Hololive’s Botan and Luna), it’s a bit of a surprise to see Netflix actually launch their own VTuber. It remains to be seen though if N-Ko Mei Kurono will be a full-fledged VTuber, or if she will only make appearances during Netflix promotions.