It's shaping up to be must-play for gamers who loved Nier Automata! 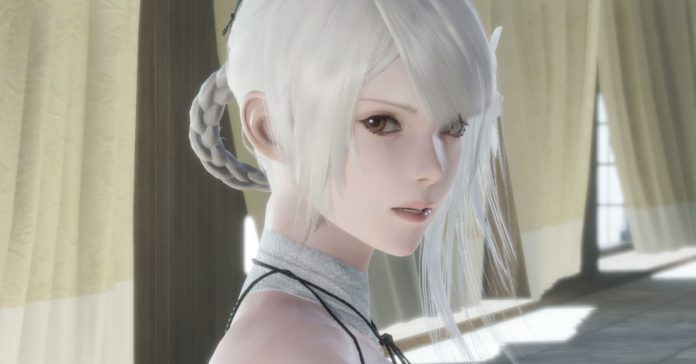 Last year, Square Enix announced that Nier Replicant is getting a re-release on modern consoles in celebration of the series’ 10th anniversary. Officially titled NieR Replicant ver.1.22474487139…, the game is, in a way, a remaster of the original game. But simply calling it a remaster is a disservice, at least based on our experience playing through the first few hours of the game.

For a bit of context, the original Nier game was released in the west for the PS3 and Xbox 360 back in April 2010. The game’s western release features an older version of the main character, ‘Nier’ (though he can be called whatever name the player prefers). In Japan though, the game was released with two versions: Nier Gestalt for the Xbox 360 featuring the older Nier, and Nier Replicant for the PS3 starring a younger version of the character. 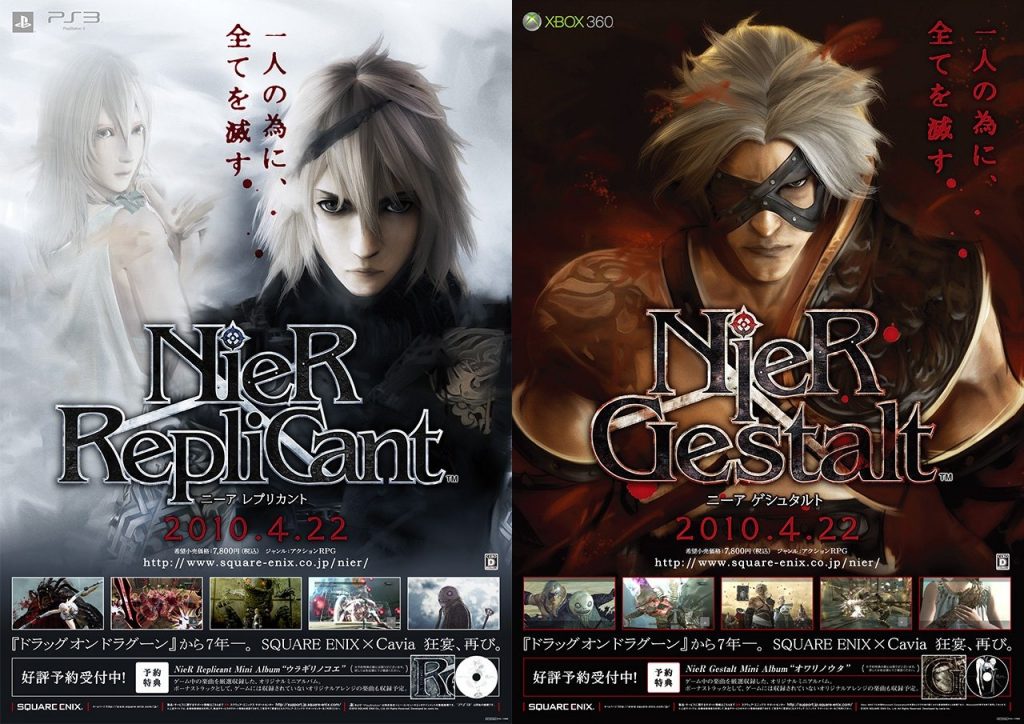 Aside from player character differences, Gestalt and Replicant were essentially the same. For this “remaster” though, Square Enix went with the Replicant version, meaning this is the first time that players will be able to experience the game with the intended or ‘canon’ protagonist.

Though, it would be more accurate to say that Nier Replicant ver.1.22474487139… will be the first time most fans will be able to experience the game at all. While it wasn’t a flop, the original Nier game wasn’t exactly a major hit. It did do well enough that a sequel was eventually released in 2017. Titled Nier Automata, the sequel proved to be a massive hit, meaning there are now tons of Nier fans who have yet to play the original.

With the upcoming release of NieR Replicant ver.1.22474487139… though, new fans of the series will soon be able to play what looks to be the original game’s definitive edition thanks to several major revamps.

What to expect in Replicant

The original Nier set the blueprint for Automata with its inclusion of different types of gameplay, be it bullet hell segments or dungeon-crawling areas. Though at its core, Nier is a hack-and-slash RPG with combat that’s more serviceable than noteworthy. But with the re-release of Replicant, Square Enix revamped the game’s combat, making it play more similarly to Automata (a game with great combat thanks to developer Platinum Games).

Thanks to this, Nier Replicant feels fast, fluid, and responsive to play, making enemy encounters less of a chore and more of a fun time. It also helps that aside from three main weapon types, players also have the option of using different kinds of magic that can be activated through the shoulder buttons. Hacking-and-slashing while blasting enemies with magic definitely feels satisfying here.

Of course, that’s not to say that Replicant’s combat can go toe-to-toe with Automata. For one, basic enemies aren’t exactly challenging, nor are they all that interesting to fight, at least on Normal mode that is. This meant I was found myself just mashing the attack and dodge button. Though take what I just said with a grain of salt as I’m basing this off of several preview areas that are fairly early into the game. 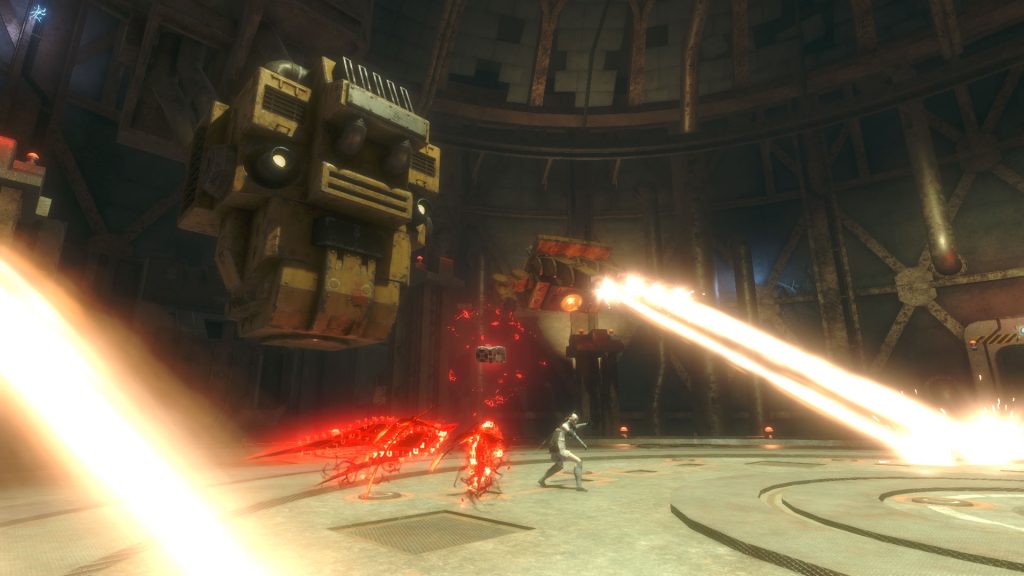 What does match Automata (at least initially) is the scale of the game’s boss fights. Similar to Automata, the bosses in Replicant I have faced so far are major setpieces, both in terms of visuals and combat. Aside from being large in scale, the boss fights in Replicant also feature their own unique challenges. For instance, one boss has multiple stages ranging from a standard hack-and-slash fight to bullet hell segments against a multitude of smaller foes.

The boss fights are definite highlights in my ongoing playthrough of Replicant. But this, along with improved combat isn’t the only thing that impressed me with the game. There’s the fact that the graphics look quite impressive for a re-release. While you can’t really call it a native PS4 title, it does go above and beyond a simple HD remaster of a PS3 era game in terms of visuals. Not only are there are noticeably improved textures, it also has more natural lighting.

Along with the graphics, Nier Replicant’s music was also given the remaster treatment. While the tracks are mostly the same, they have been given new arrangements which are just lovely to hear. In fact, I found myself just stopping everything I’m doing in-game just to listen to the game’s evocative music that perfectly matches its tone and story.

What about the Story? 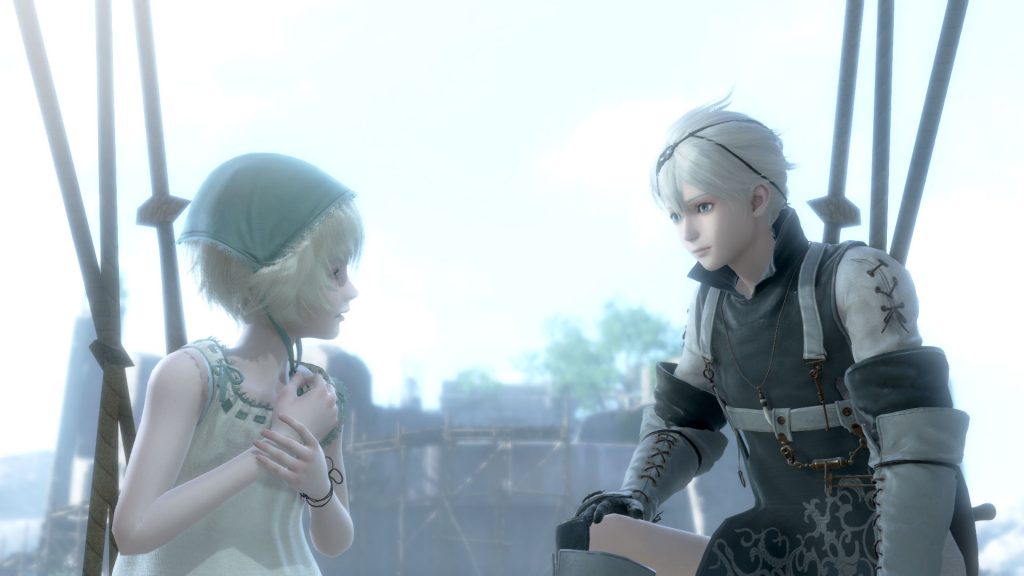 Nier Automata is praised not just for its combat, but also for its unique and memorable story. So how does Nier Replicant fare in this regard? While I can’t say for sure just yet, my interest is definitely piqued as someone who quite liked Automata.

While I can’t discuss much about the game’s story yet (not that I’d want to given that I wouldn’t want to spoil your playthrough), I can say that it feels a lot like Automata in that both games have this distinct, melancholic mood to them that’s, quite beautiful in a way.

Though I do have to note that Replicant starts off much slower than Automata. While 2B and 9S’s story kicks off with bang, Replicant takes its time more to set the mood and its characters at the start. The game’s pace might start off a bit to slowly for some, but if you loved Automata, you should still be charmed by the game’s vibe. Even if you don’t, you’ll do well to stick around as things do get interesting.

Right now, I cannot give my full verdict yet on Nier Replicant; I still have to finish the game of course. But even based on the slice of the game that I have played, I can say that Square Enix went above and beyond what’s expected of a remaster with NieR Replicant ver.1.22474487139… thanks to its fluid combat, improved graphics, and moving soundtrack.

Watch out for our full review of the game soon!

- Advertisement -
Previous articleOutriders is available now on PC and consoles
Next articleZack Snyder’s Justice League: Justice is Gray now available in the Philippines on HBO GO