A good option for the price. 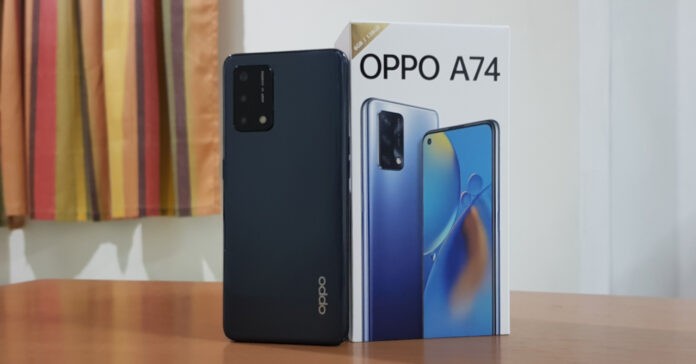 In our first impressions of the new OPPO A74, we found that OPPO’s newest device had an intriguing set of features that you’d normally see in premium mid-range smartphones. These features include an AMOLED display, a 48MP main camera, and even an in-display fingerprint scanner. On top of these, the A74 packs a large 5,000mAh battery, as well as a Snapdragon 662 processor. 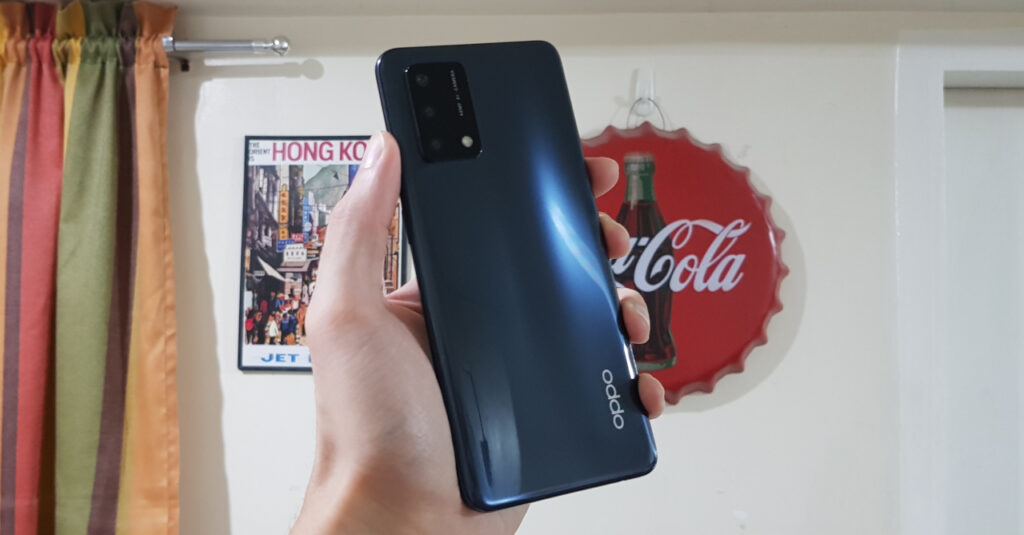 Now that we have used the phone for over a week, and with the phone’s price being revealed just today, we finally have our verdict on this new phone. So is the newest OPPO device a worthy option for today’s discerning smartphone buyer? Find out here in our OPPO A74 review. 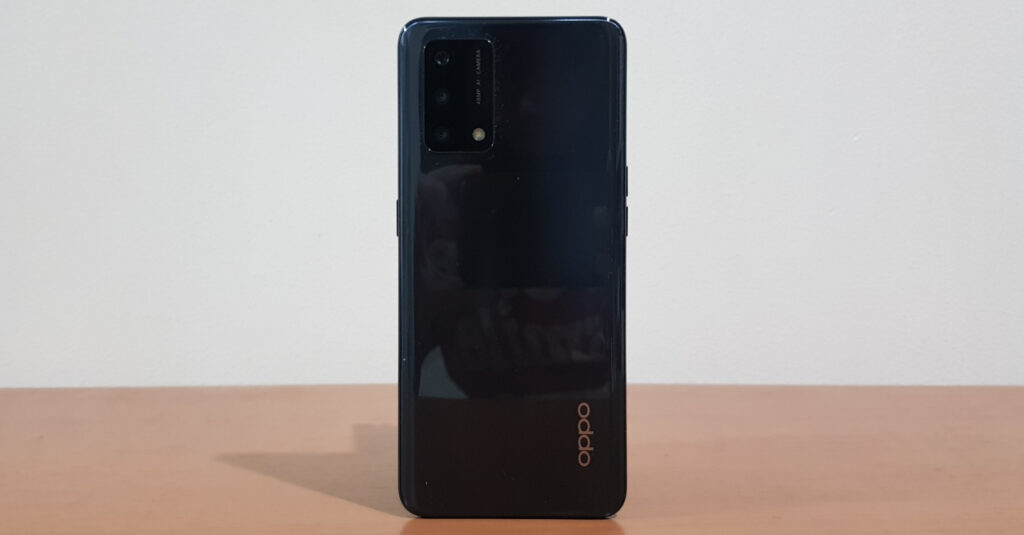 Taking a look at the design of the A74, we can see that OPPO’s chosen look for its new phone is sleek and more subdued; at least, that’s the case for our OPPO A74 review unit which is in the Prism Black colorway. For users who prefer a more colorful look, the A74 also comes in Midnight Blue. Though for me, I prefer the black version as it looks more low-profile while still being quite stylish. 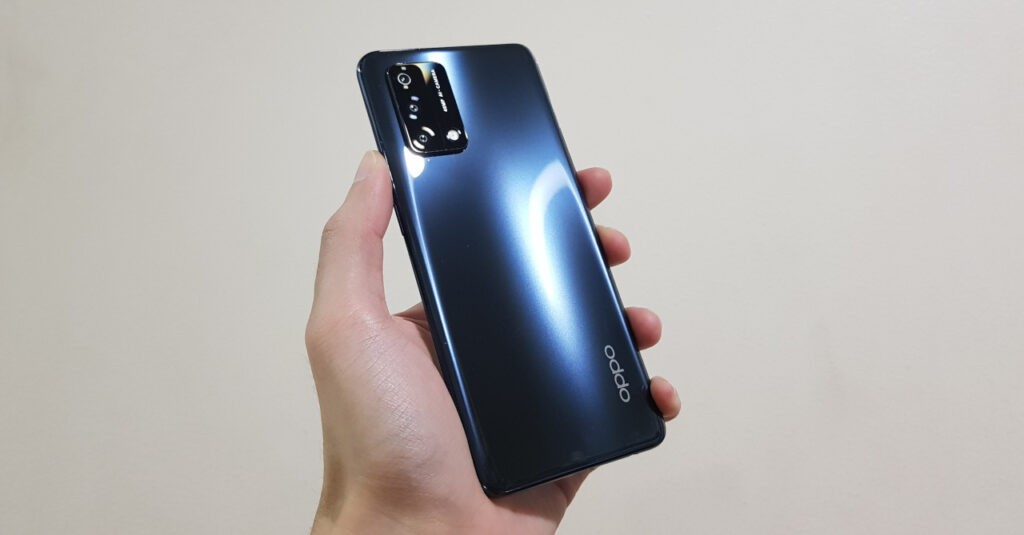 When light hits the phone’s back though, the A74 in Prism Black presents a more eye-catching look, all while still looking quite sleek overall. The trade-off with the A74 though is the fact that the back is one heck of a fingerprint magnet. If you’re going to get an A74, using a case is highly recommended. So it’s a good thing the phone comes with a clear case inside the box. 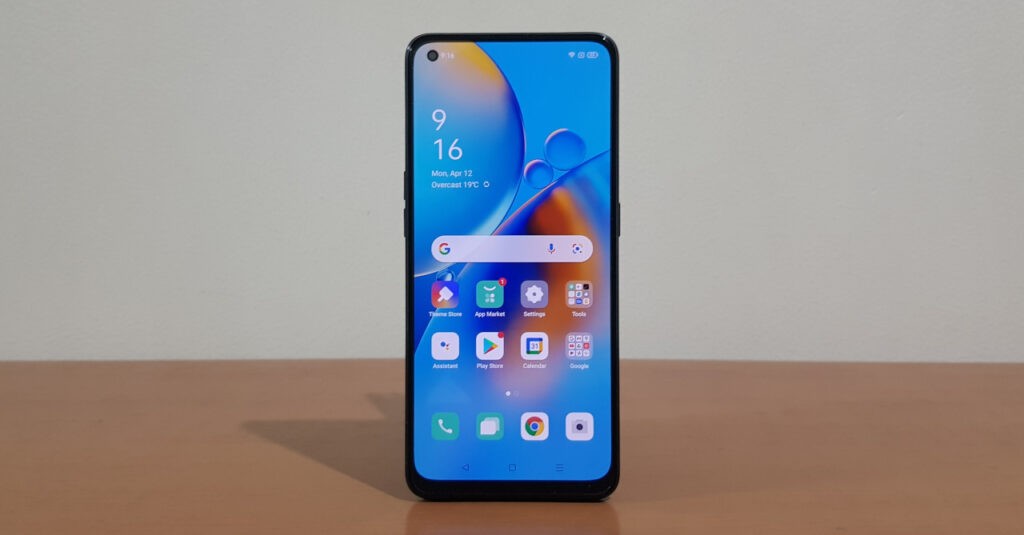 Moving to the front, we have the A74’s 6.43-inch AMOLED display that comes with slim bezels and a holepunch notch. The phone’s front looks nice and premium, and it should satisfy users who prioritize a smartphone’s visuals. The holepunch notch placement is also quite nice as placing it on the top left makes it less distracting, especially when watching videos or gaming in full screen. For comparison, other phones have a holepunch notch in the middle which can be more distracting. 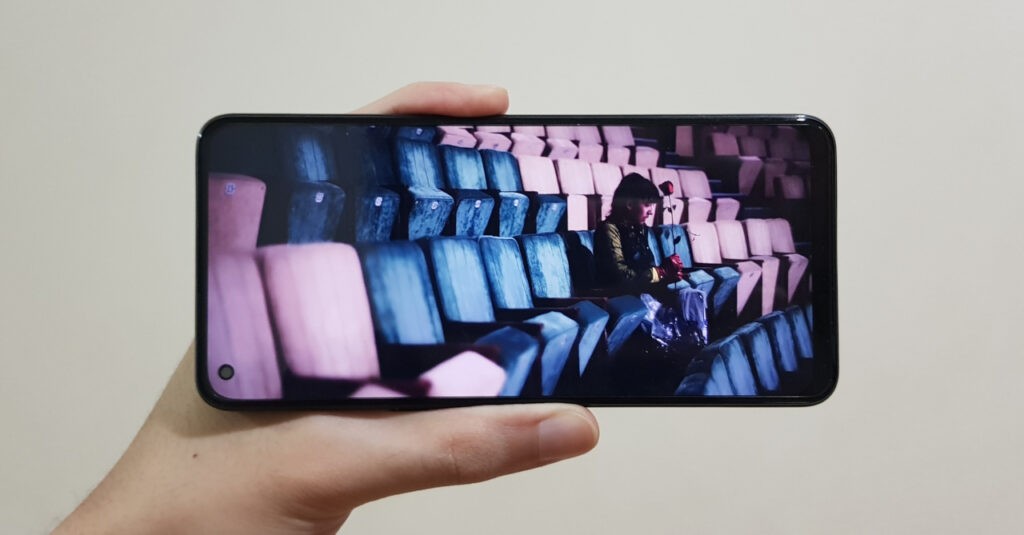 If you’re an avid binge-watcher of movies or TV shows on your phone, the A74 won’t disappoint thanks to its AMOLED display. As with other phones with AMOLED panels, the OPPO A74 shines for watching movies/shows as its screen has bright output with vibrant colors and deep blacks. In this regard, the A74 is a step above some of the competing phones in its price range which only come with LCD displays.

While a good display is important for watching movies and other content, audio is another thing that’s just as integral to the experience. So how does the A74’s onboard speaker fare? Well, it does get fairly loud, though the audio quality from the internal speaker is just fine. While it would work in a pinch, I’d still recommend headphones/speakers when binge-watching; these can be connected either wirelessly via Bluetooth or through the phone’s 3.5mm headphone jack.

The OPPO A74 runs on a Qualcomm Snapdragon 662 processor, a chipset that promises good gaming performance for lower mid-range phones. In our gaming test then, it came as no surprise that the A74 proved to be pretty capable for gaming.

First up, for games such as League of Legends: Wild Rift, the A74 has enough power to run them. Specifically, Wild Rift was able to run with a 60FPS frame rate while on the Medium graphics setting. You can also tweak the settings a bit in case you prefer better graphics, though you likely won’t mas out every graphics option.

Meanwhile, here are the synthetic benchmark scores of the OPPO A74:

In the camera department, the OPPO A74 packs a 48 MP f/1.7 + 2 MP, f/2.4 macro + 2 MP f/2.4 depth sensor triple rear camera setup, as well as a 16MP F/2.0 front camera. While the cameras look good on paper, there is a noticeable lack of a dedicated ultra-wide camera. This is a bit of a surprise, especially as even budget smartphones today usually pack ultra-wide cameras.

In the outdoors, the A74’s main 48MP shooter delivers high quality photos with fairly accurate colors and a good amount of detail. Indoor shots taken with the A74’s main camera are also of good quality, as long as there’s ample lighting in the room.

Moving on to low light photography, the A74’s auto mode can struggle with producing usable night shots, with images taken in low light being dim and lacking in detail. With the phone’s Night Mode though, the A74 is able to take much improved low light shots that are much brighter and retain more detail.

As for the 2MP macro camera, it lets the A74 take decent macro photos. Though unless you like taking close-up shots, this shooter will probably have limited uses. Plus, you’ll need a lot of light to take good macro photos.

For selfies, the phone’s 16MP front camera takes nice selfies that should satisfy most users; though I’d recommend playing around with the beauty filter as it can look too bit artificial by default. Finally, the dedicated depth sensor lets the phone capture decent portrait photos. 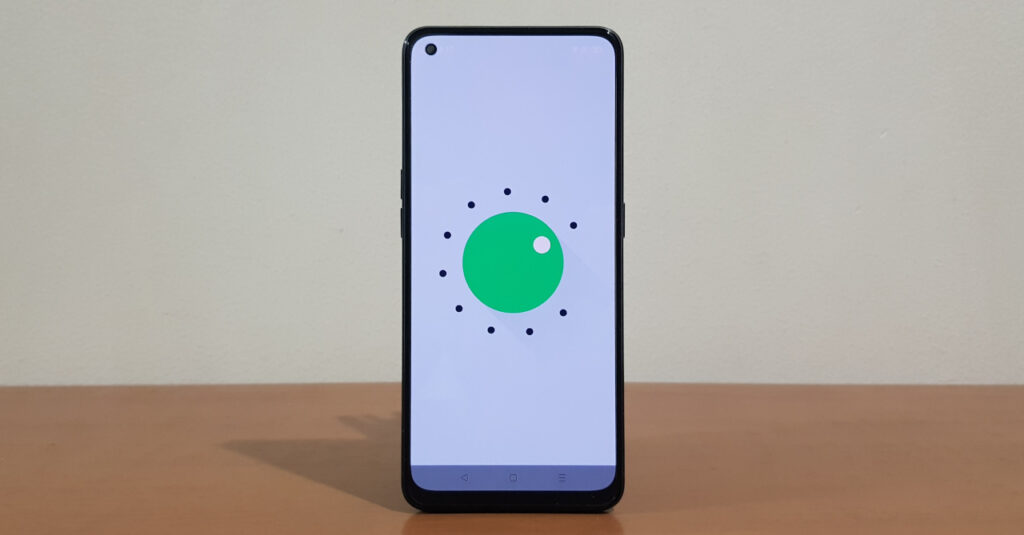 Thanks to the phone’s Snapdragon 662 processor and 6GB of RAM, the A74 is a fast and snappy smartphone for everyday use, with the phone not slowing down at all during our time with it. For most users, the A74 should have enough power for their needs.

One thing to note with the A74 though is that it runs ColorOS 11.1 based on Android 11. While the OS is perfectly usable, the pre-installed apps can be a bit much. Thankfully, they don’t really cause any performance issues.

As for its other features, the A74 includes a responsive in-display fingerprint scanner, as well as 128GB of storage. Though the bigger highlight is the phone’s battery life. Thanks to a large 5,000mAh battery, the A74 is able to last for well over a day of use. To complement this, the A74 also supports 33W fast charging, and it’s bundled with a fast charger inside the box. 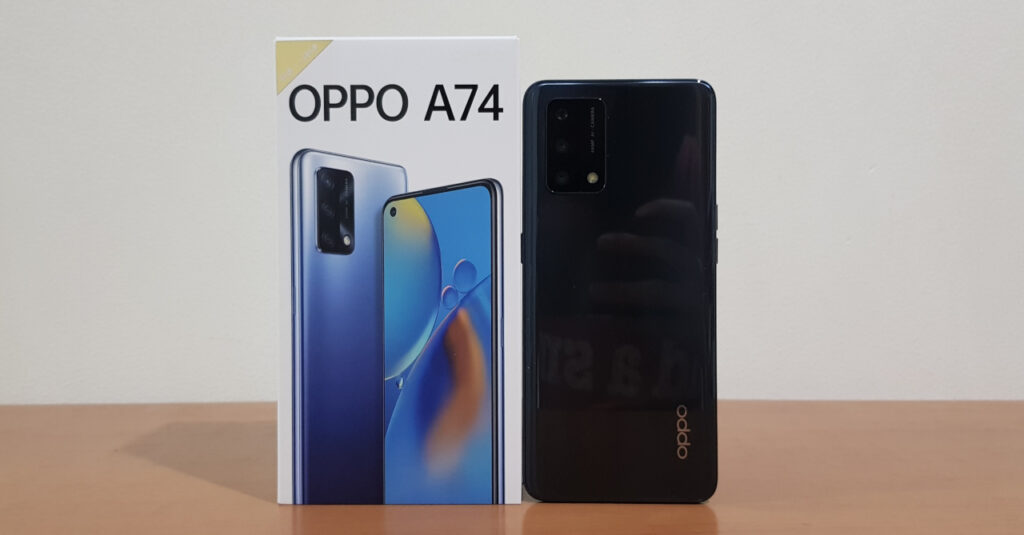 So, what is our OPPO A74 review verdict? At its PHP 11,999 price point, the A74 is a great option for users looking to get a smartphone with a couple of premium features without spending too much. While it’s not the pound-for-pound best in terms of specs, the phone’s AMOLED display, premium styling, and nice cameras make it a good deal.