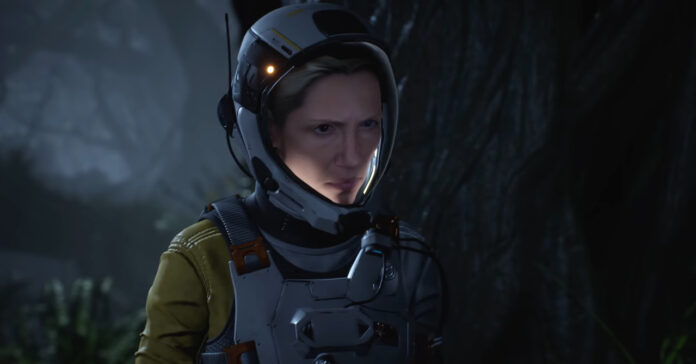 When the PS5 launched back in November (December in countries including the PH), the console launched with four big titles from Sony: Spider-Man Miles Morales, Demon’s Souls, Sackboy: A Big Adventure, and Astro’s Playroom. Of the four, Miles Morales and Sackboy are cross-gen games; while Demon’s Souls is a ground-up remake with incredible graphics, but it plays almost exactly like the original game for the PS3. This leaves Astro’s Playroom as the only true PS5 game, though it’s more of a playable tech demo than a full title.

Enter Returnal, the first PS5 exclusive that’s built from the ground-up for the new Sony console. Developed by Housemarque, this game is an excellent showcase of what the PS5 is capable of and is an exciting game in its own right. At least those are my impressions of Returnal after playing the first few hours of the game. 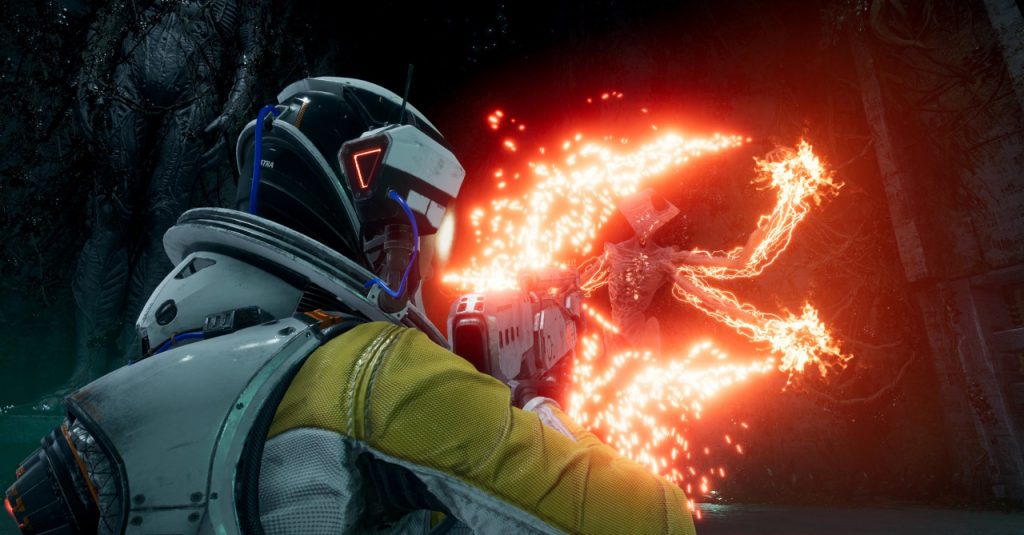 Firstly, Returnal is a third-person shooter with bullet hell and roguelike elements. It’s a bullet hell in that enemies fire projectiles that you must quickly dodge while attacking, and it’s a roguelike as when you die, you’ll have to go back to the beginning. If you play games such as The Binding of Isaac or Hades, you’ll feel right at home with this game.

Given that I’ve only played a couple of hours into the game, I have yet to fully explore the game’s roguelike system. What I do know is that when you die, you only retain select permanent items, meaning you’ll lose all your other weapons and items when you go back to the beginning (such is life in a roguelike). This adds tension to enemy encounters, especially as when you return, the world also changes.

The game features an ever-changing world–after every death, the map is randomly re-arranged. As for its map, Returnal features six biomes, each of which has its own unique look, style, and enemies. While I have yet to see the four later biomes in the game, the first two areas in Returnal had me on my toes, especially because of the game’s fast combat. 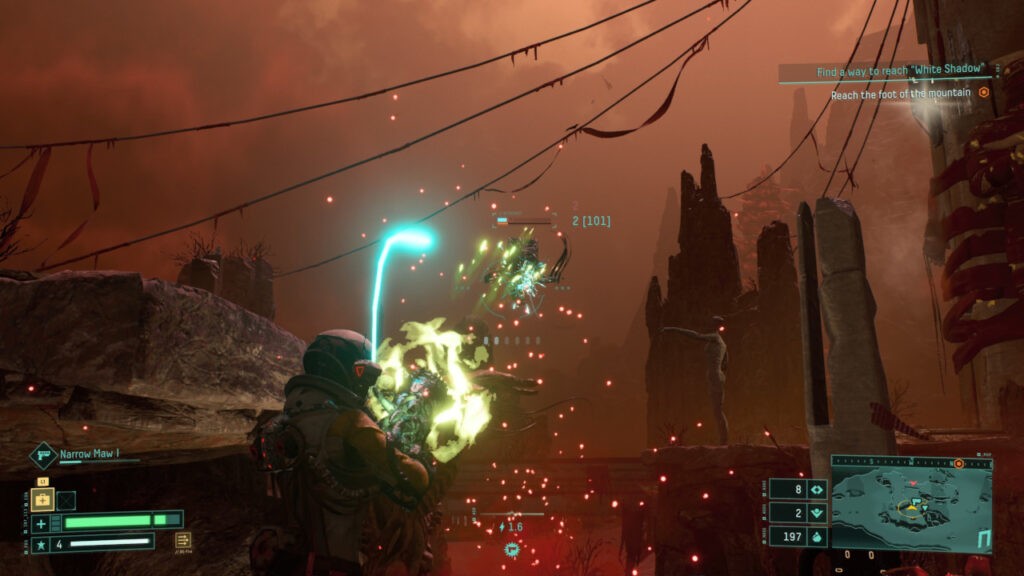 As I mentioned above, Returnal is a third-person shooter, though it’s not a cover-based one like Outrider for example. Instead, Returnal plays a lot more like Control as it requires you to zip through the map while shooting enemies and avoiding projectiles. While Returnal doesn’t give you telekinetic powers throw objects at enemies, the game does have a variety of weapons to discover.

Based on my time with Returnal so far, I was able to try out a pistol, a rifle, and a shotgun-like blaster. While these may not seem like a lot of weapons, what makes Returnal great in this regard is that each weapon can have different alternate fire modes, this means not all the rifles or handguns you get are the same. Plus, each weapon suits a different playstyle, so you’ll have to pick up what you feel most comfortable with (or what’s the most powerful one).

With its high-octane action and roguelike system, Returnal for me plays like a cross between Control and Hades. This makes for an interesting combination, and makes for an engaging gameplay loop. And while I already enjoyed Returnal’s gameplay based on the first few hours, what wowed me even more in Returnal is how it takes advantage of the PS5’s hardware. 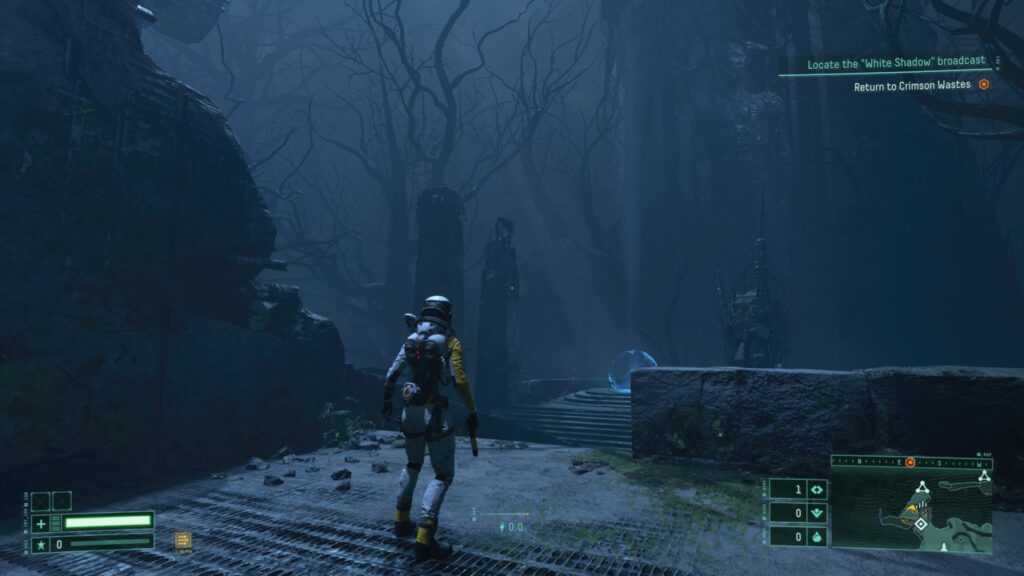 As the game is a fast-paced shooter, Returnal’s combat can be quite hectic, so much so that I often found myself losing track of some enemies. But with the game’s 3D Audio implementation, I always had a good idea if an enemy moved right behind me while I was distracted with shooting other aliens. I didn’t just get a rough sense of their location though, I was able to pinpoint almost exactly where they were, and this saved my skin numerous times in my run of the game. Given this, I think it should be a requirement to play Returnal with headphones on. Take note though, you’ll need headphones with a 3.5mm jack or 3D Audio enabled wireless headphones to enjoy the feature. 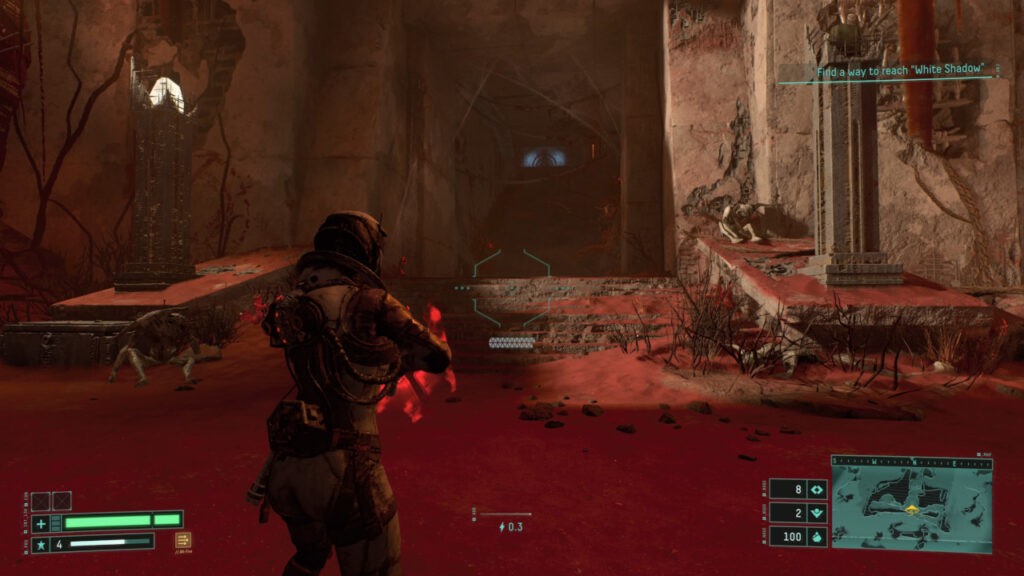 The game’s DualSense implementation is also just as good. While the sensation of rain when it’s raining in game is cool, what I found to be more useful are the adaptive triggers. As with most shooters, you aim your weapon in Returnal by pressing the left trigger, then fire with the right. The controls in Returnal are the same, though the left trigger has resistance up to the halfway point; keeping the trigger there lets you aim and your weapon’s primary fire. When you press the trigger fully though, you’ll be aiming your weapon’s secondary fire option. Thanks to this, L2 functions pretty much like two buttons in one, and while it did take a bit of getting used to, it felt intuitive and quite natural after some time. It’s definitely a feature that I’d like to see in other games.

As I’ve mentioned a couple of times here my impressions of Returnal, I’ve only played the first couple of hours, so I feel like I have only scratched the surface. I have yet to talk about the game’s story (though there aren’t much developments yet this early into the game), nor have I dived deep into the game’s myriad of weapons and items.

If you want to find out our full verdict for the game, watch out for our full review of Returnal which should release a bit before the game’s release next week on April 30.

This Returnal Impressions was made with a review code provided by Sony Interactive Entertainment.