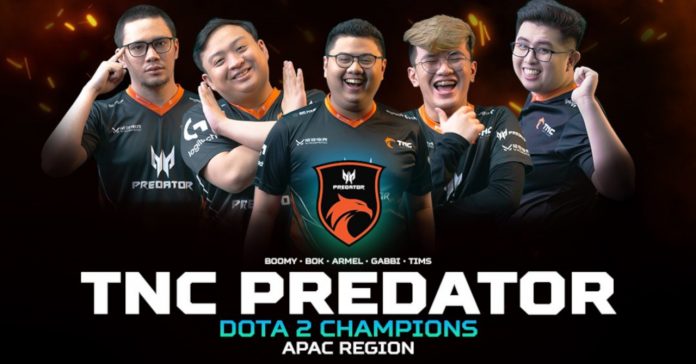 Ahead of the best-of-three Finals, TNC started the event strong by defeating their first two opponents in dominant fashion. Though at the Semifinals, TNC fell was actually defeated by OB Esports x Neon, sending them to the lower bracket.

On the lower bracket, rallied to take three straight wins to guarantee a Grand Finals spot. And at the Finals, the team had a rematch with OB x Neon, though this time in a best-of-three instead of a best-of-one.

The Phoenix has risen once again! TNC Pro Team – Dota2 clawed their way back up from the Lower Bracket to get their…

At the Grand Finals, TNC Predator showed off their skill as they won two straight games to take the series home 2-0. Aside from being a return to form for TNC Predator (given that the team was unable to qualify for the recent Dota major), their Predator league performance was also impressive given it was played in the new patch.

With the Predator League championship under their belt, the TNC players shared in the post-game conference that their focus is now on the Dota Pro Circuit 2021 (DPC) Season 2.