More Resident Evil Village mods emerge, including one that turns Chris into a Baby

Those guys are at it again making RE Village even weirder! It’s not too long ago when the modding community had their fun by making mods for the Resident Evil Demo, swapping enemy models with Barney and turning Lady Dimitrescu into Thomas the Tank Engine, making Ethan’s adventure into something even more bizarre. But as expected, the modding community is still not done yet with RE: Village because this time they added more hilarious mods to the full game.

Pennywise arrived at the game, will you be afraid?https://t.co/63e9zJrNuI#RE8mods #Pennywise #VILLAGE #mods pic.twitter.com/Ce21mK7dPw

If you missed it, Marcos RC, the modder made the Barney and Ricardo Milos mods that replace the ghouls from the cellar area. If you found these mods hilarious but want something creepier, then you can check out the preview on his Pennywise mod which replaces the enemies with the clown from IT. The Pennywise mod is not fully implemented yet, but there is a chance that Marcos RC intends to add this to the full game.

Now if you think clowns are scary, perhaps you haven’t thought about what Chris Redfield’s baby would look like. This new mod doesn’t exactly do that, but the Mini Me Chris mod created by JTeghius Kittius switches the head of Ethan’s daughter with Chris, making the first minutes of the game way weird and creepier than the actual game. This is probably the reason why Leon fears the Redfield bloodline

But if that’s still not enough for you, you can also swap Lady Dimitrescu or Lady D with Mr X. To make it clear, the Lady X Dimitrescu mod by ZombieAli fuses the two RE villains into one hot abomination. 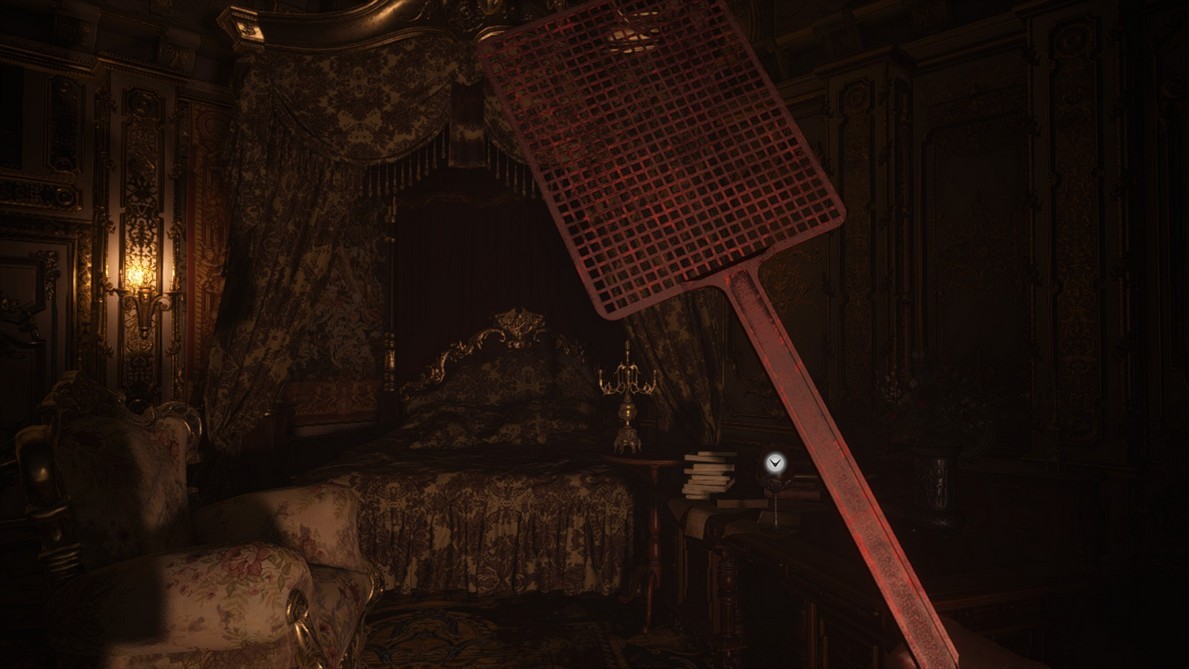 Lastly, villains are not the only ones getting a change from the modding community, as modders started to work on changing the weapon cosmetic beginning with the knife. Instead of just turning the knife into a pure silver knife (because you know Vampires and Werewolves), EvilLord aka Stevebg23 decided to turn it into lethal Fly Swatter so you can deal with those pesky little bugs whenever you encounter the daughters.