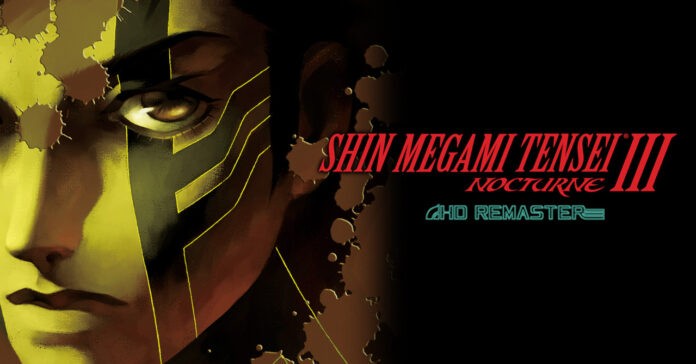 Following its reveal back in July, Atlus has now released Shin Megami Tensei 3 Nocturne HD Remaster on PS4, Switch, and PC. This remaster to the PS2 era title lets fans relive Atlus’ iconic JRPG as it retains the same gameplay, but with several enhancements, including an easier difficulty setting along with updated graphics.

The improvements in the Shin Megami Tensei 3 Remaster includes:

Not familiar with the game? Atlus describes Nocturne’s premise as:

“What begins as a normal day in Tokyo turns out to be everything but, when the Conception – an ethereal apocalypse – is invoked. The remains of the world are swallowed by chaos, as a demonic revolution descends into a broken city. Caught between a battle of gods and demons, the choices you make can bring life, rebirth, or death, and determine who triumphs.” 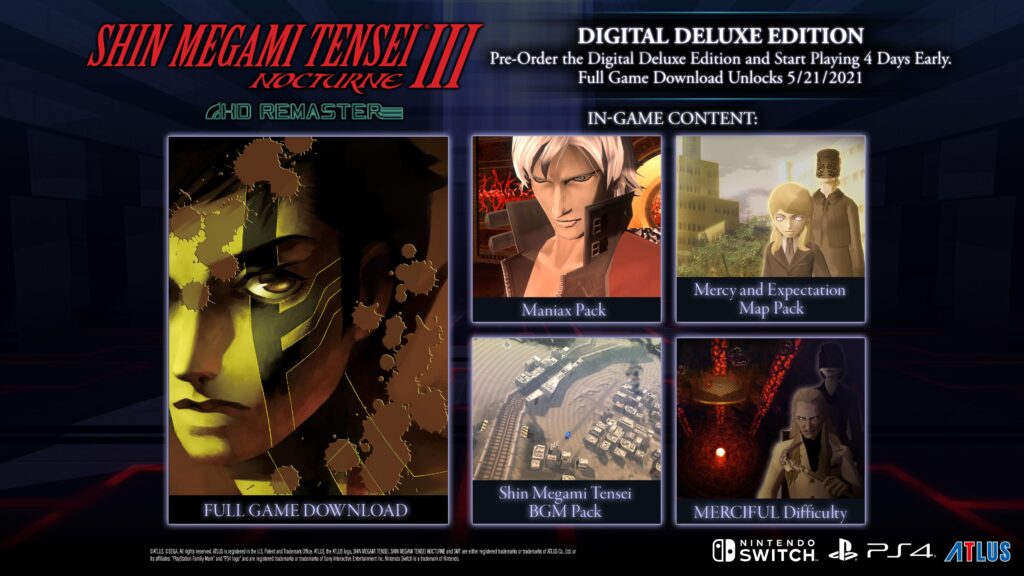 Alongside a standard edition, Atlus also released a Digital Deluxe Edition for the game that’s available from the PlayStation Store, the Nintendo eShop, or the Steam Store. This Deluxe Edition includes the following: 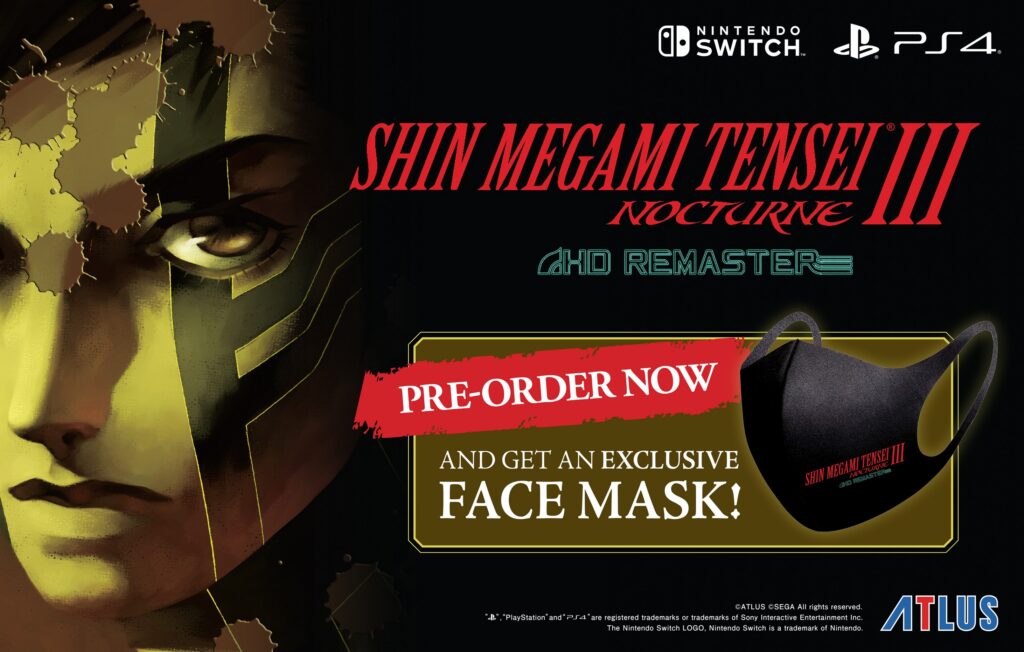 Finally, each purchase of Shin Megami Tensei 3 Nocturne HD Remaster from physical retailers will come with an exclusive face mask. Check out the list of physical stores in SEA at: https://www.epicsoft.asia/smt3.

For more info on the game, visit the official Shin Megami Tensei website.